Some of the 3,600 delegates expected for the national convention of the Peoples Democratic Party have started arriving in Abuja, the nation’s capital, The PUNCH reports. 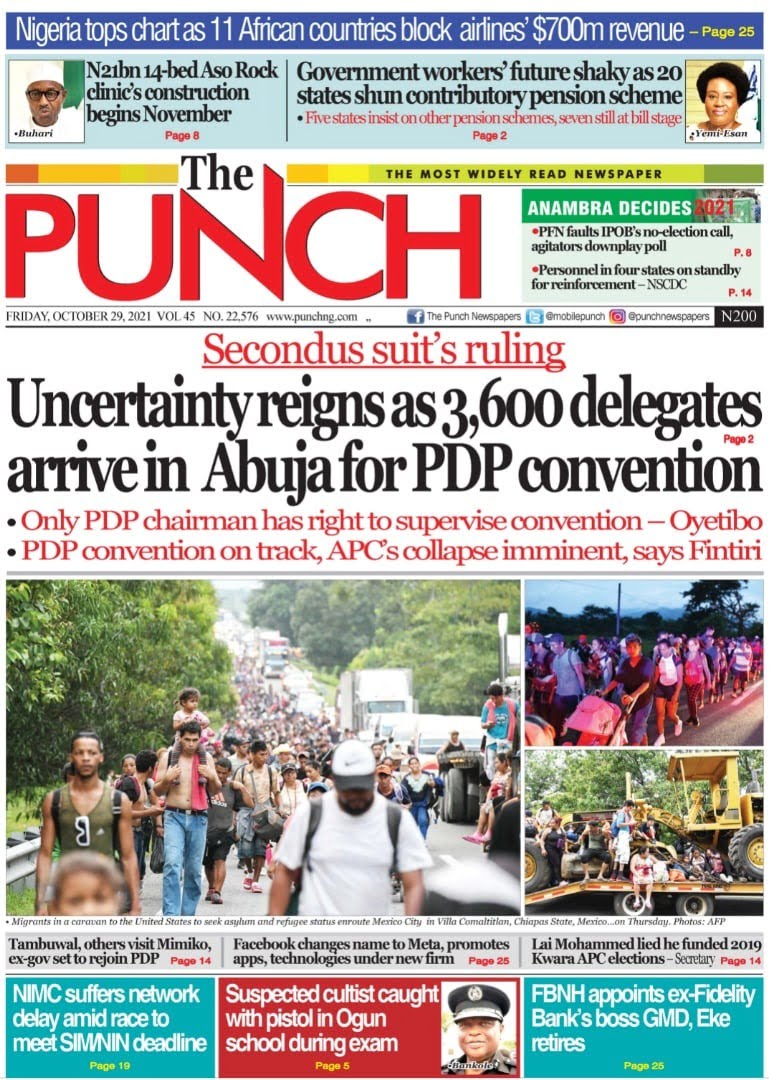 The Nation reports that hours to the commencement of the PDP National Convention, party leaders and governors are worried over the breakdown of the plan to pick officers through consensus. 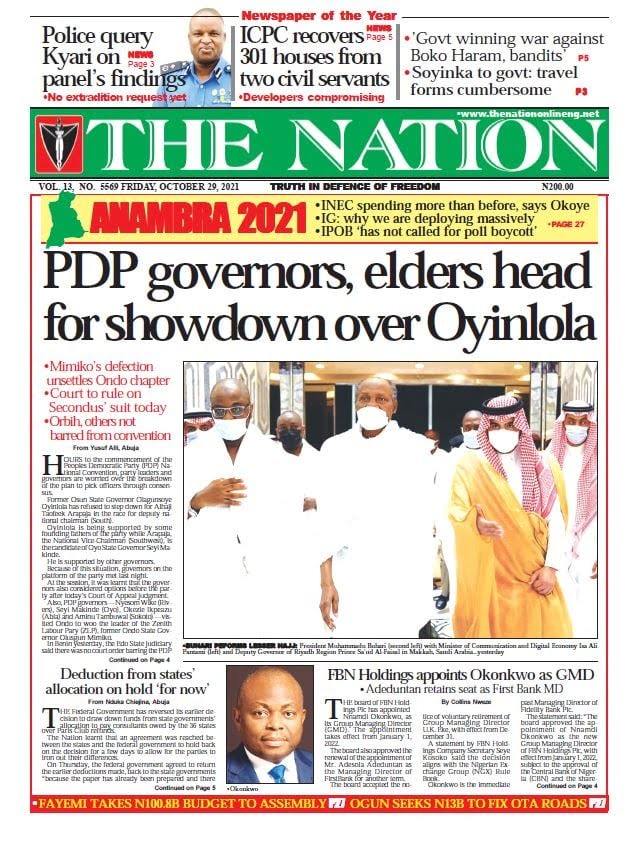 Anxiety heightened on Thursday afternoon among members of the Peoples Democratic Party (PDP) over the fate of the party’s convention slated to take place in Abuja on Saturday, Nigerian Tribune says. 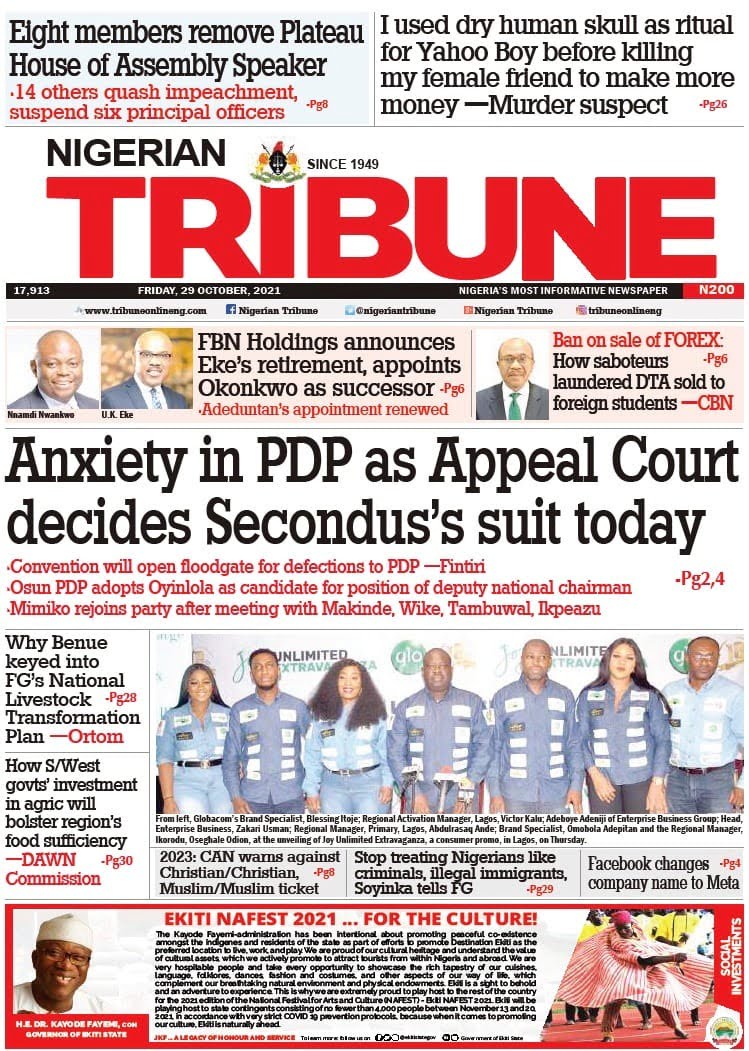 Daily Trust reports that more tertiary institutions are springing up in different parts of the country under the current administration of President Muhammadu Buhari despite public concerns over poor funding of the existing ones as well inadequate budgetary allocations to the education sector. 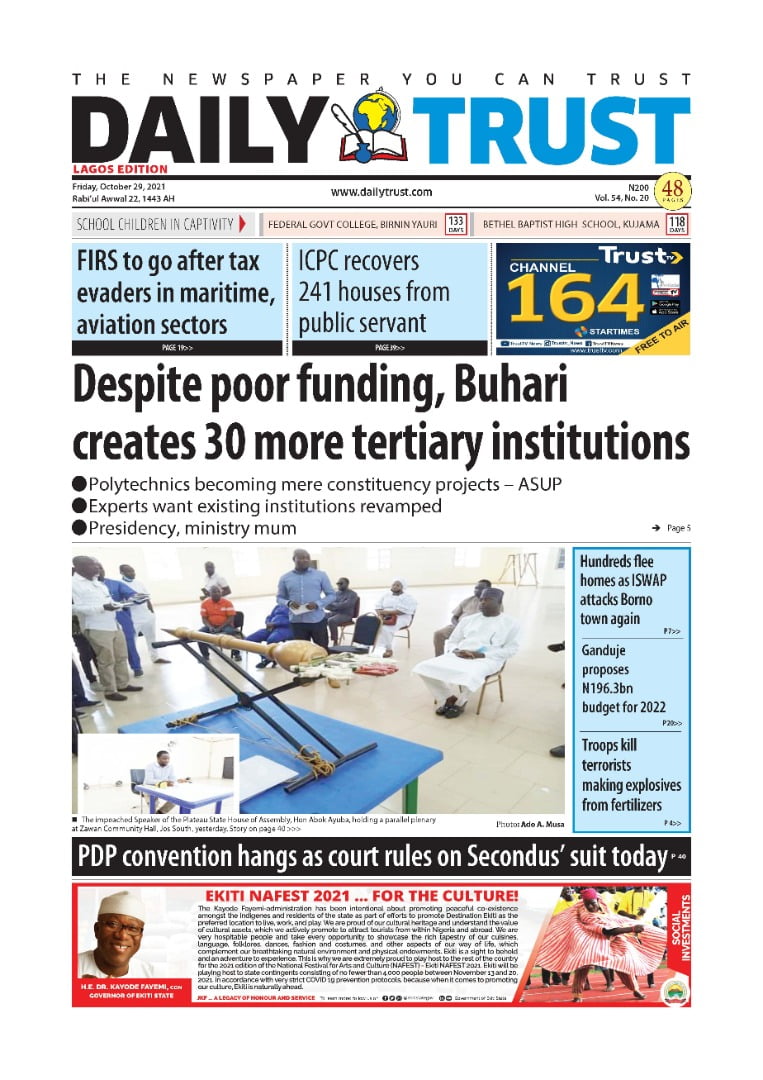 There is palpable tension in the PDP as the Appeal Court sitting in Port Harcourt, the Rivers State capital, rules today on the case between the party and Prince Uche Secondus, its suspended national chairman, Daily Independent reports. 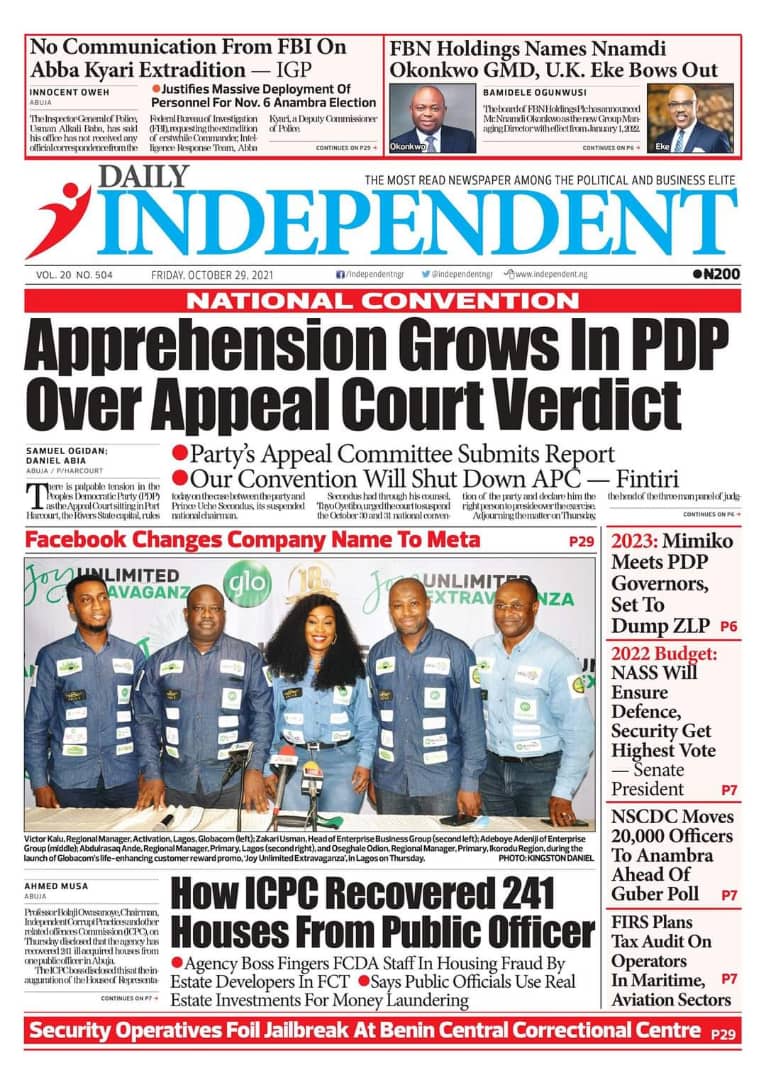