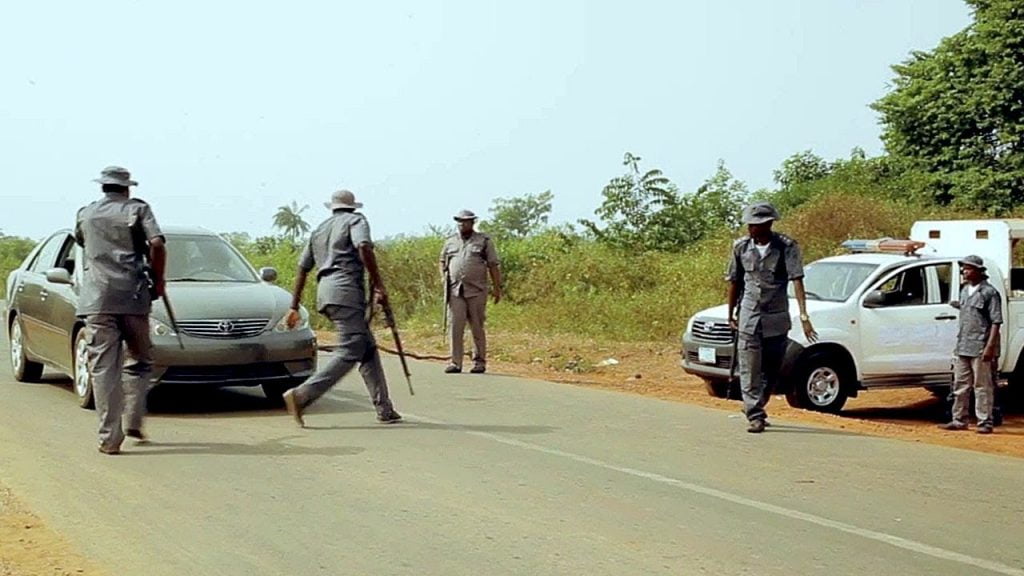 The remains of a customer officer kidnapped on Tuesday in Ogun State has been found.

Recall that a custom patrol team was ambushed by suspected smugglers at Yewa South Local Government Area of the state and kidnapped two customs officers in the process.

The body of one of the abducted officers was discovered on Wednesday in a river near Fagbohun village in the local government.

It was gathered that the rifle of the officer was found a few metres away from the river where the body was dumped.

The officers attached to the Federal Operations Unit (FOU), Zone A, comprising Lagos and Ogun State were on patrol of the area on Tuesday afternoon when they were ambushed.

The controller said the officers accosted about 24 vehicles carrying suspected smuggled rice and that 12 of the vehicles were being evacuated to FOU Headquarters in Lagos when the smugglers struck.

“Two officers sustained machete wounds and luckily enough, they were treated and responded to treatment. As if that was not enough on Tuesday, October 26, in the same Ogun State suspected smugglers ambushed another patrol team in Yewa South Local government area of Ogun State and abducted two officers.”

“Two of the officers were declared missing as of Tuesday. Search for them continued till Wednesday morning when the body of one of the officers was found in a river near Ajegun-Iyaloosa village on Wednesday. His rifle was also found near the river.

“The search for the second missing officer continued till Friday when the dead body of the second abducted officer was found. The strap of his rifle was still hanging on him as at the time his body was found but his rifle was missing.

“Those in authority should know that we are all their children and no life is more sacred than another. If it were to be the other way round the news would have been everywhere. This will be the last time I will come on air to discuss issues of attack and killing of Customs officer. I will be forced to evoke our Rules of Engagement. Officers will now defend themselves when an unprovoked attack is unleashed on them,” he said.