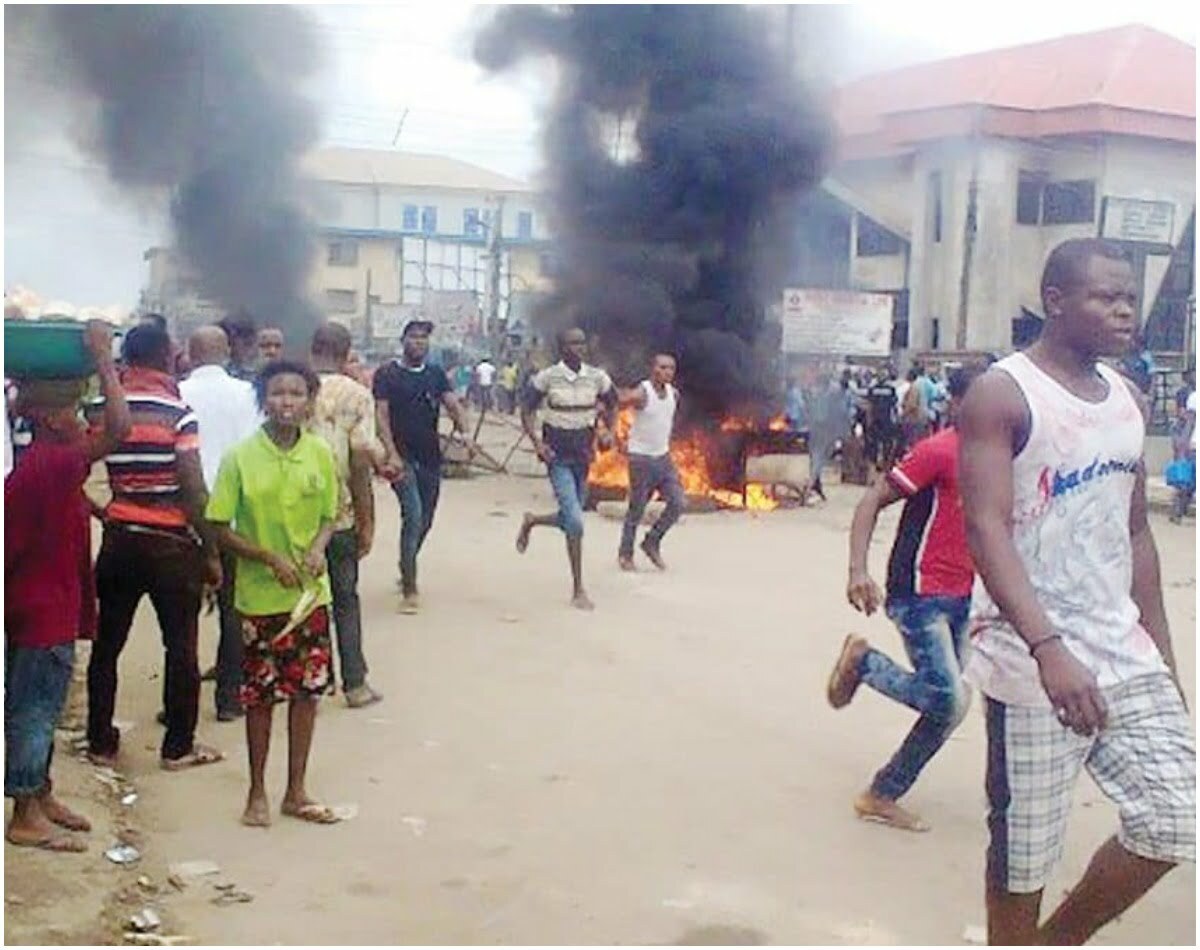 An angry mob in Benue state on Thursday accosted and burnt to death a suspected thief terrorising the area for some time in Gwer East Local government area of Benue State.

According to reports, that the incident happened in the Igboor axis of the town.

Efforts by our correspondent to get Police comment on the incident proved abortive as a spokesperson of the Benue State Police Command could not be reached as at the time of filing this report.

It was gathered that the incident occurred at about 7 pm, along Otukpo-Otukpa road, on Wednesday.

According to reports, gunmen had ambushed the vehicle of Mr. Okpe while he was returning to his base after attending the National Executive Council Meeting of Ochetoha K’Idoma whisking him away to an unknown destination.

In a statement released by the Senator representing Benue South Senatorial District at the National Assembly, Comrade Abba Patrick Moro, through his media aide, Emmanuel Eche-Ofun John, on Thursday, confirmed the abduction. He also “strongly” condemned the kidnap of Prof. , Sylvernus Edache Okpe.