An 18-year old has been arrested for the murder of her mother after she reported her missing in Free State, South Africa.

The deceased, 46-year-old Sharon Fisher was found decomposing at the side of the road.

Brigadier Motantsi Makhele, spokesperson for the Free State police revealed in a statement on Friday, October 29 that the teenager’s 19-year boyfriend was also arrested.

Makhele said that the suspect filed a missing person report on Tuesday, October 19, and said that she saw her mother last on 14 October.

On Sunday, October 24 Sharon’s decomposed body was found on the side of the road near the R721 Kroonstad/Vredefort road.

He said: “Her arrest emanated from an inquest docket, which was opened following the discovery of the body of her 46-year-old mother. Her decomposed body could not yet be identified at the time of discovery, and was taken to the State mortuary where the family later assisted with identification thereof.

“Subsequently, investigation linked the deceased to the reported missing person file that was reported by her 18-year-old daughter on Tuesday, 19 October 2021. She alleged that she last saw her mother alive on Thursday 14 October 2021. A post mortem was conducted as part of ongoing investigation and determined the cause of death as strangulation

“The inquest docket changed to a murder case. It was later found out that the daughter is implicated according to the evidence obtained at her residence in Brentpark, Kroonstad during investigation

“She was arrested on Wednesday, 27 October 2021. On the same day, investigation led the members to her 19-year-old boyfriend, residing at Morewag in Kroonstad. It is suspected that he was also involved in this case.” 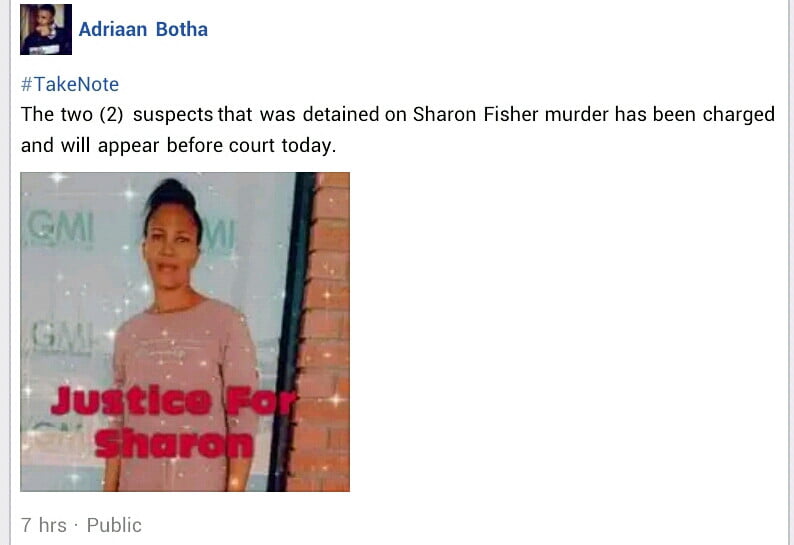 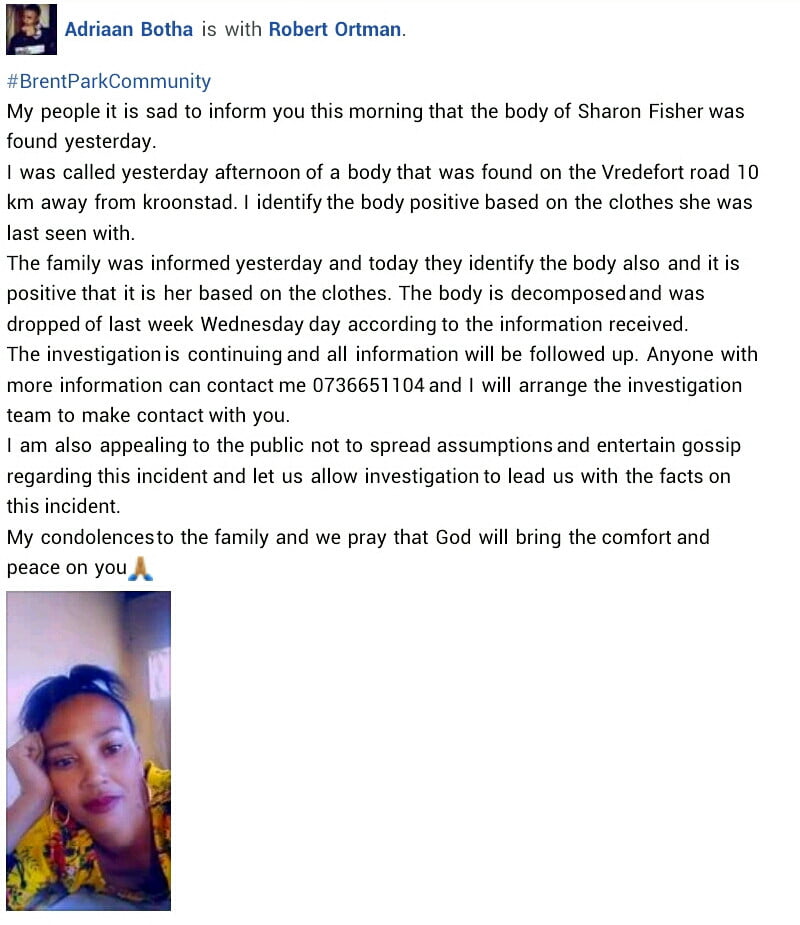