Naija News looks at the top happenings making headlines on the front pages of newspapers in the United Kingdom today Thursday, 28 October 2021. 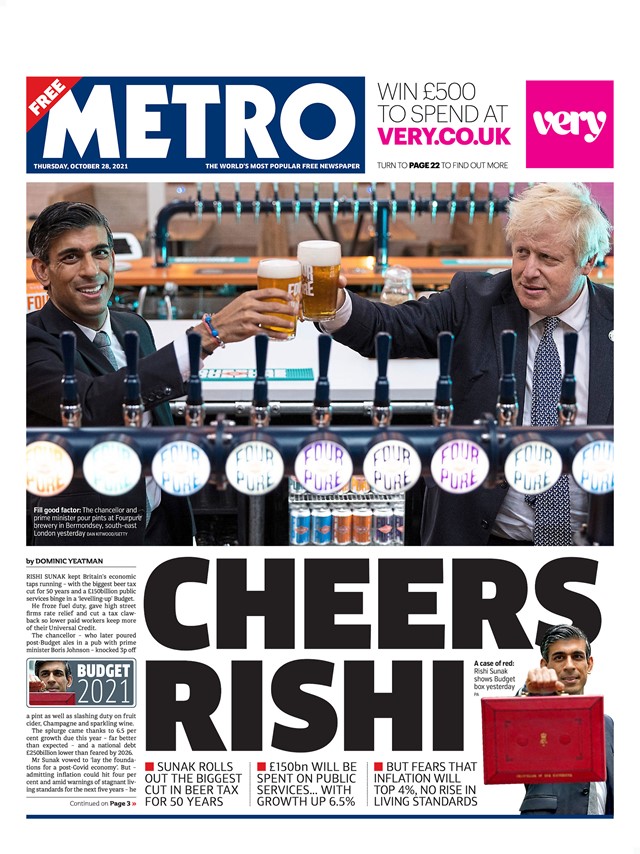 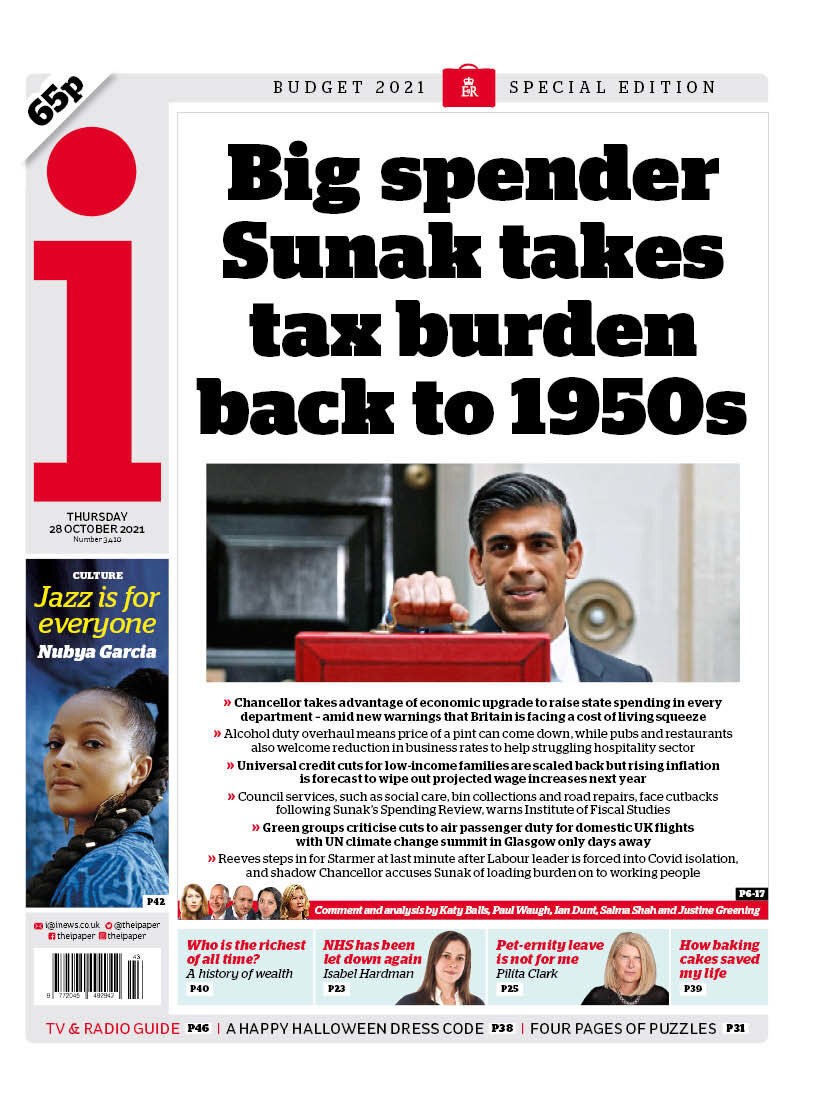 According to The Times, the Chancellor has claimed that the Conservatives are the “real party of public services” as he announced a budget in which government spending will rise to highest sustained level since before Margaret Thatcher. 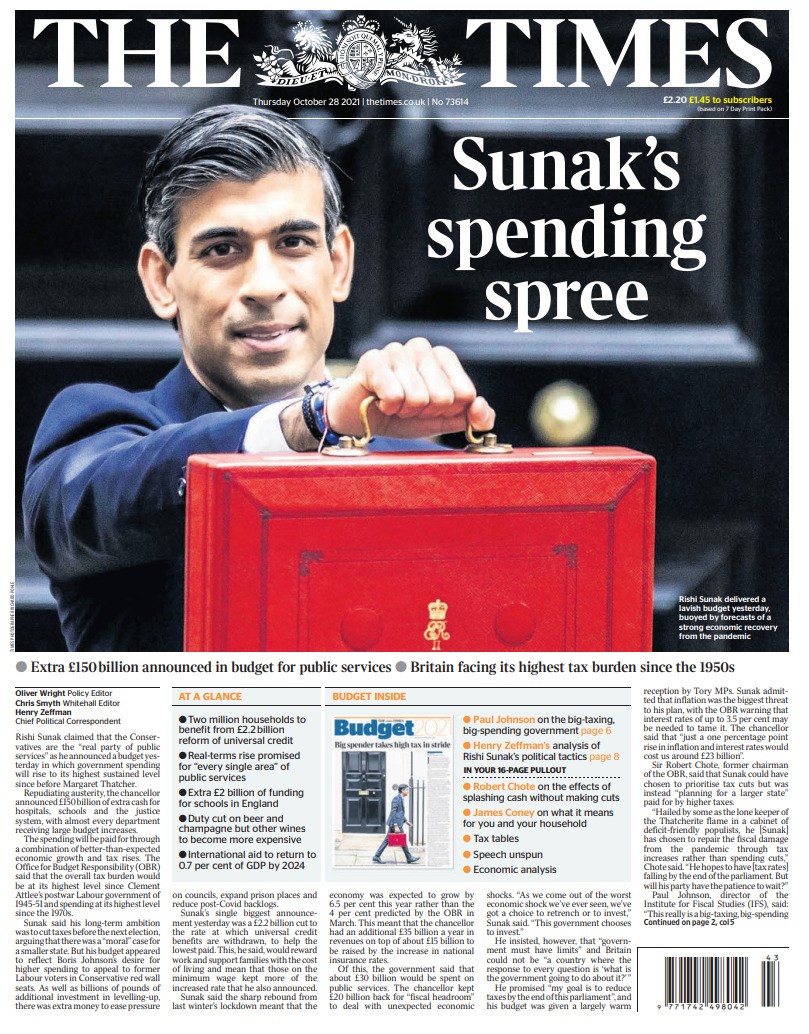 In an interview with The Sun, Ed Sheeran ballooned to 15st on diet of wine, beer and chicken wings. 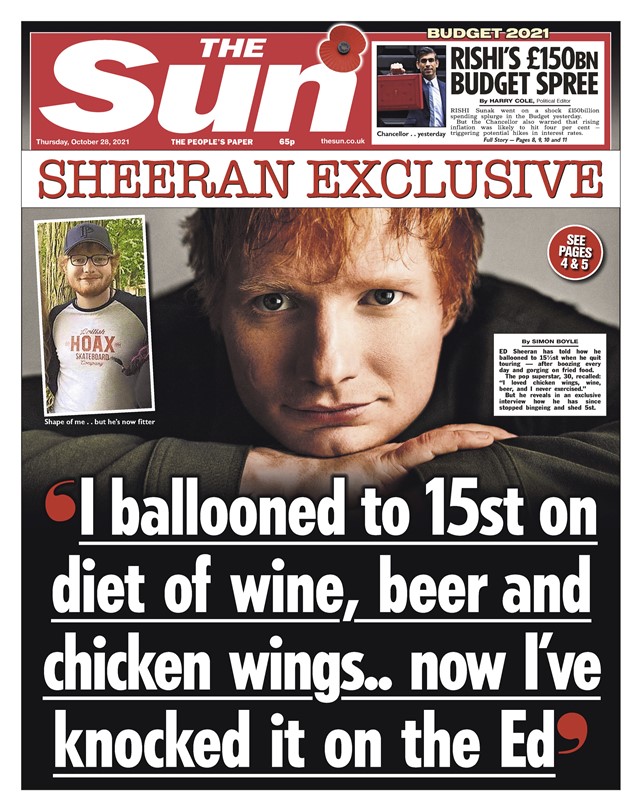 According to Daily Express, Rishi Sunak revealed his moral mission to cut taxes and reduce the role of the state in people’s lives. 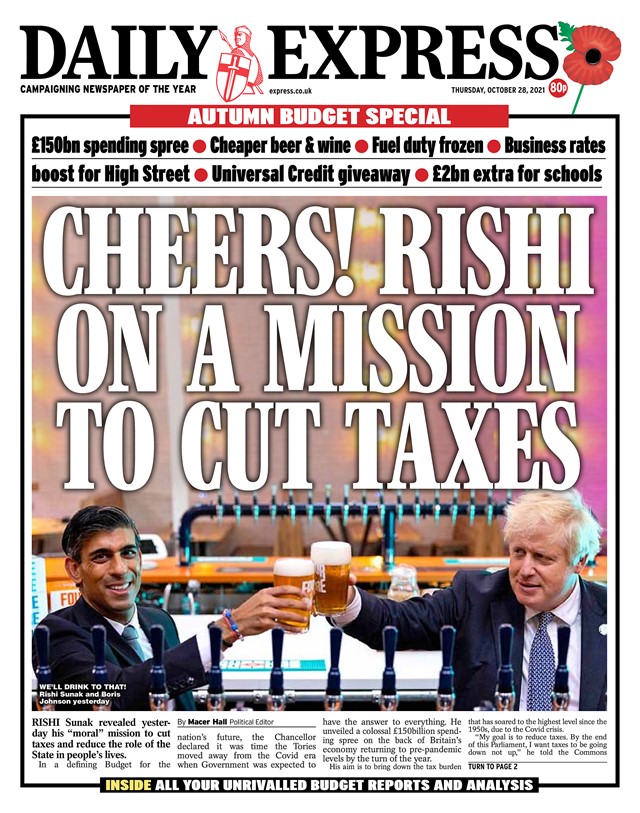 The Daily Star features the chancellor and the prime minister in a mock-up poster for a fourth film in The Hangover franchise. The tabloid highlights fears over shortages and soaring bills as it sarcastically thanks the government for cutting the price of beer by “Oh, 3P!” 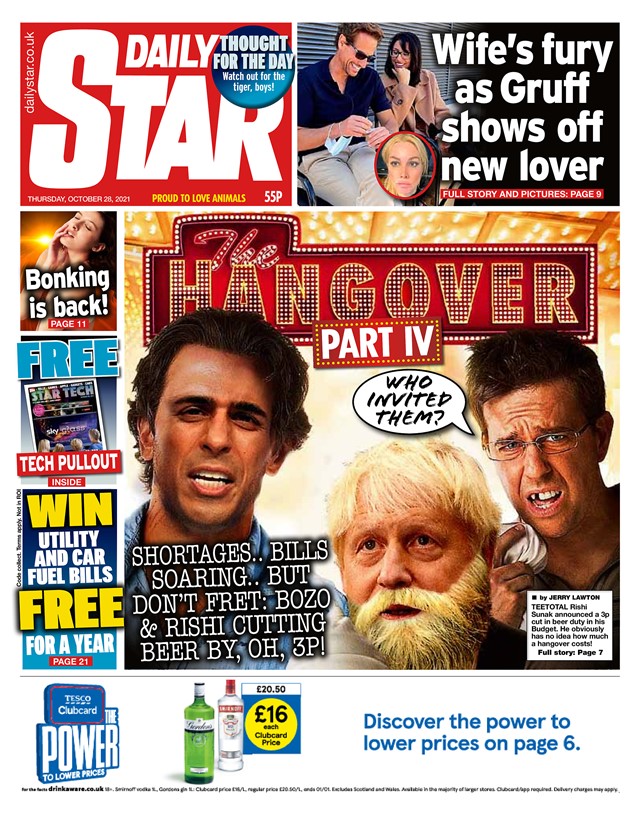