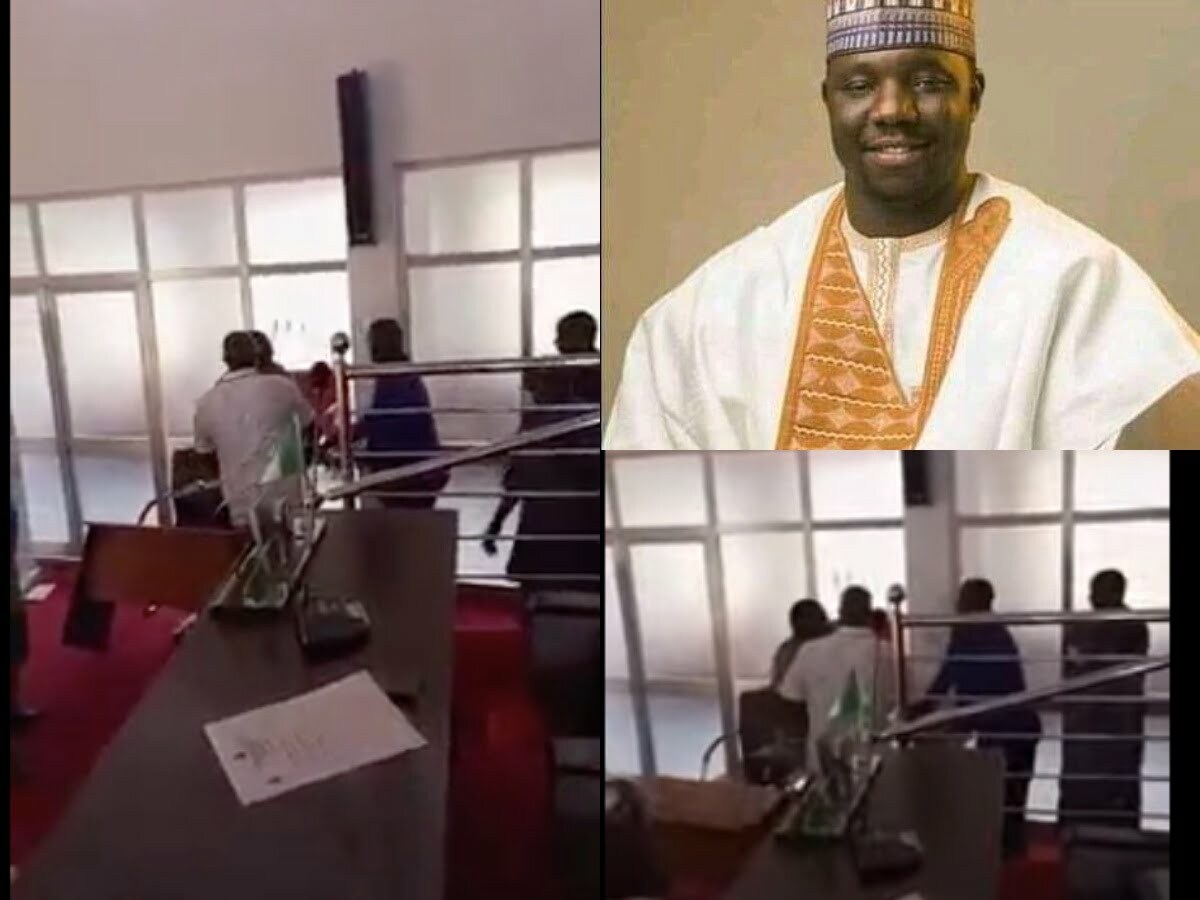 Plateau State House of Assembly turned into a wrestling bout on Thursday as lawmakers exchanged punches during the Impeachment of the speaker, Hon. Abok Ayuba Nuhu.

Naija News reports that Nuhu following his impeachment today was replaced with Sanda Yakubu, who hails from the Pingana constituency of Bassa Local Government Area of the state.

Nuhu’s impeachment was reportedly backed by votes of sixteen lawmakers out of the 24 members of the assembly.

Naija News understands that the impeached lawmaker and the state governor, Simon Lalong have been at loggerheads for weeks and his impeachment is suspected to be connected to their differences.

Their quarrel began after an attack in Yelwan Zagam, the community of Jos North, where people were killed.

Nuhu is said to have started calling the governor unprinted names, criticising him openly even as the speaker of the house.

However, in the process of his impeachment this morning, members of the assembly engaged each other in word battles and at some points attempted to punch each other.

Naija News learnt that some lawmakers under the Peoples Democratic Party (PDP), who are loyal to the speaker grabbed the mace to prevent the impeachment process.

The APC lawmakers succeeded in impeaching the speaker and glasses were broken during the struggle which happened for a couple of minutes at the state chamber this morning.

The lawmakers who are the majority in the assembly, reportedly grabbed the legislative instrument and returned it to its position.

Meanwhile, the entire house of assembly complex is understood to be surrounded by Security Operatives.

Watch a short video of the brawl below: