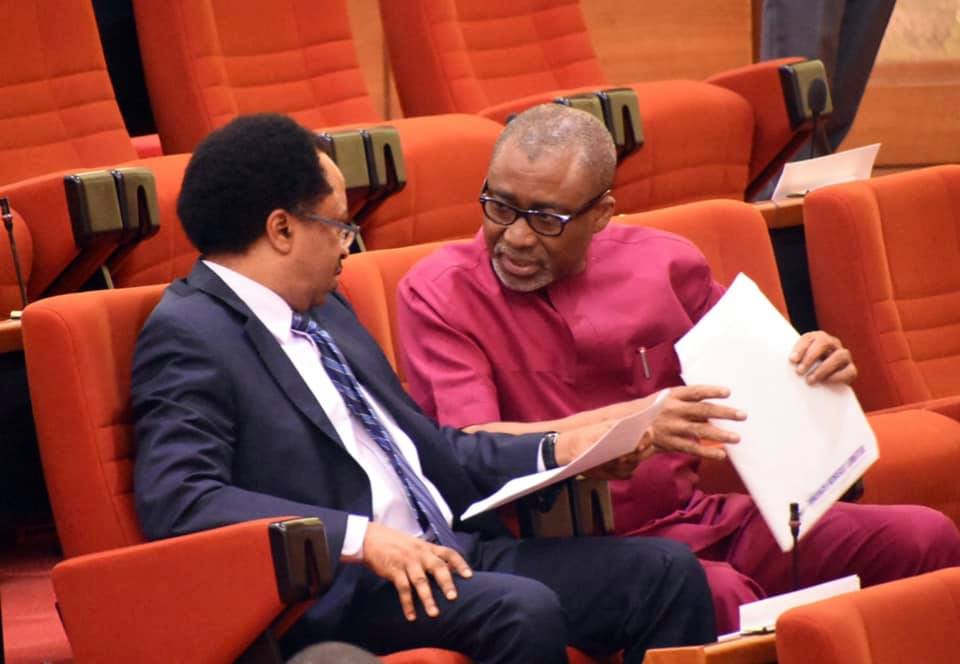 Former Kaduna Central Senator, Shehu Sani has revealed how the current Senate Minority Leader, Eyinnaya Abaribe once tried convincing him to support the agitation for Biafra.

According to Sani, rather than get convinced and converted, he explained to his friend on the possibility of getting arrested and prosecuted for openly supporting the agitation for the sovereign state of Biafra which is been championed by Nnamdi Kanu and his Indigenous People of Biafra (IPOB) group.

The former Kaduna lawmaker said he lectured Abaribe on the conditions of the Nigerian prison having had first-hand experiences during his time in the Kiri Kiri, Port Harcourt, and Aba Prisons in the 90s.

Sani shared the discussions between the two lawmakers on the Biafra ideology in a Facebook post on Wednesday where he wrote: “My good friend Senator Abaribe was trying to convert my citizenship to Biafra while I used to give him lectures on how to live in prison when they come for him, using my years of experience in Kiri Kiri, Port Harcourt and Aba Prisons in the 90s.”

Naija News recalls Abaribe has never hidden his support for Nnamdi Kanu and IPOB and even stood for him as a surety back in 2017.

When Kanu jumped bail before he was eventually re-arrested in 2021 by the Nigerian government, Abaribe when questioned said he would still gladly stand surety for Kanu if necessary.

Naija News learned that that the two chieftains of the Peoples Democratic Party (PDP) and other ranking members of the party were reportedly chased and harassed during a campaign in the area on Wednesday.

It was learned that the PDP campaign train was at the Ogbo Ogwu market in Onitsha South to solicit support and votes for its candidate in the November 6 Anambra governorship election, Valentine Ozigbo, when the incident happened.