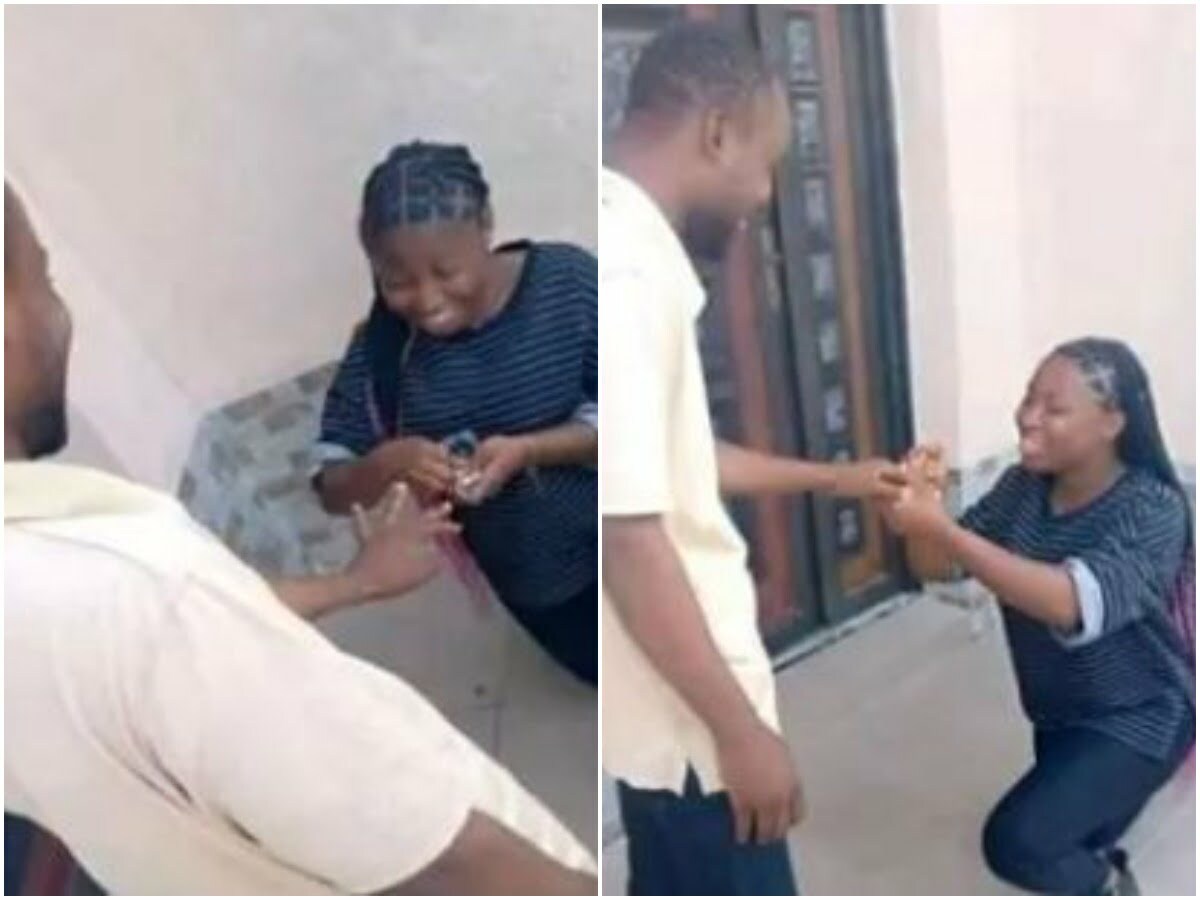 A final year student of Nekede Polytechnic in Owerri, Imo state, has proposed to her long term boyfriend, revealing she can not afford to lose him.

In the trending photos, the lady was said to have recently popped the four-word question to her man and he said a big ‘yes’.

The lady and her man could be seen smiling from cheek to cheek as he stretched out his hand out to his kneeling girlfriend to put the ring on his finger.

The photos were greeted with mixed reactions as many social media users wished them well. 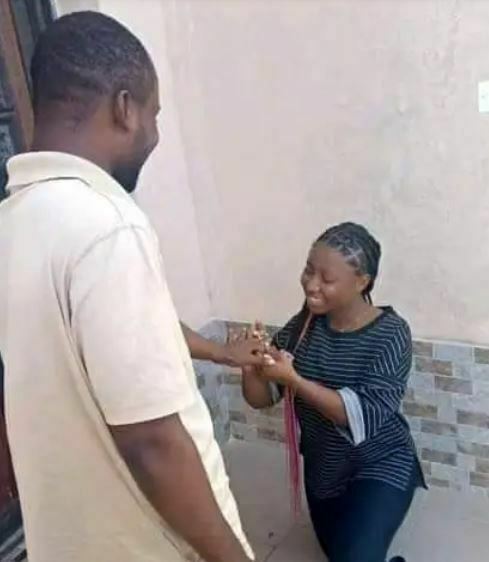 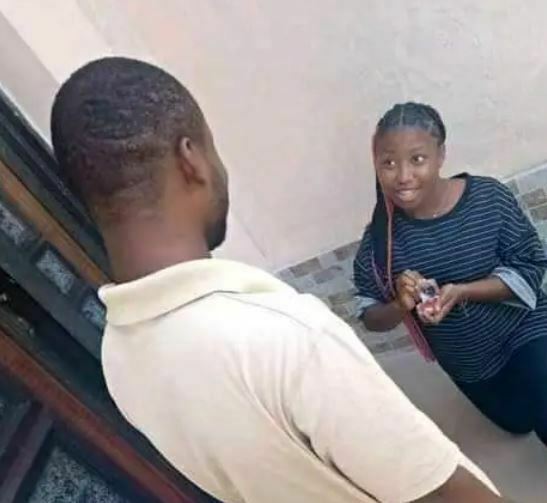 Meanwhile, a fresh graduate has turned down her boyfriend’s proposal in a trending video.

In the viral video shared on social media, the lady who appears to be a fresh graduate was seen stretching out her hand to receive a ring from her lover only to collect the ring in the presence of numerous people and then throwing the ring away as the crowd cheered on.

Reasons, why she reacted in such a way to the proposal, is yet unknown, but the video stirred reactions as social media commentators condemned the guy’s action