In the Instagram post, the Portuguese captain was pictured posing next to girlfriend Georgina Rodriguez and holding baby scan photos.

According to reports, this will be the second time he has had twins

Sharing the photos, he wrote: “Delighted to announce we are expecting twins. “Our hearts are full of love – we can’t wait to meet you.”

Alongside the message, the duo shared an image of the forward holding up baby scan photos.

Naija News understands that Ronaldo is to become a dad for the sixth time, and it will be the second time he has had twins.

He is dad to Cristiano Jr, 11, twins Eva and Mateo, four, and Alana Martina, three, who he had with Georgina 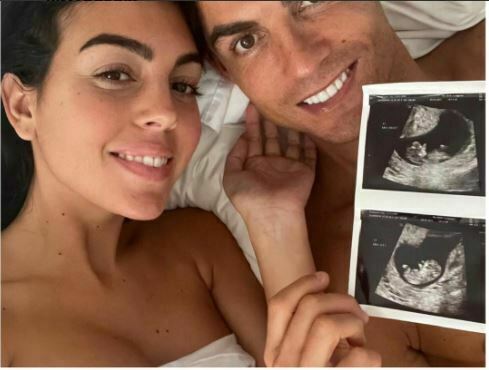