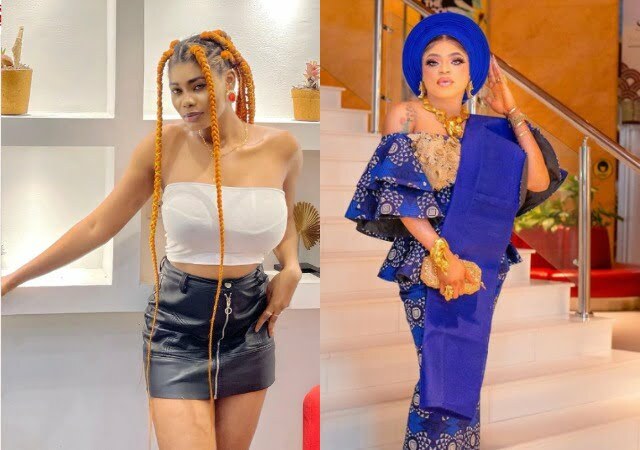 Recall that Naija News earlier reported that a friend of Oye had revealed that she was presently unconscious and was praying that she speedily recover.

Oye had recently announced on Instagram that she had contracted Covid 19 and would be going off social media to get medical help and also recuperate.

Recall that Oye was the lady who alleged that Bobrisky and billionaire Mompha were in a relationship together.

This led to Mompha suing her and demanding a public apology for her statement. Oye had later revealed that she had no concrete evidence of the relationship and apologized for her actions.

Bobrisky has however shown his sympathetic side, taking to his Instagram page to post a picture of Oye while wishing her speedy recovery.

He said: “Oye i wish you quick recovery ❤️
Sending you love ❤️”

Most people have applauded Bob for his show of concern despite what Oye had put him through.

Below are some comments culled by Naija News: