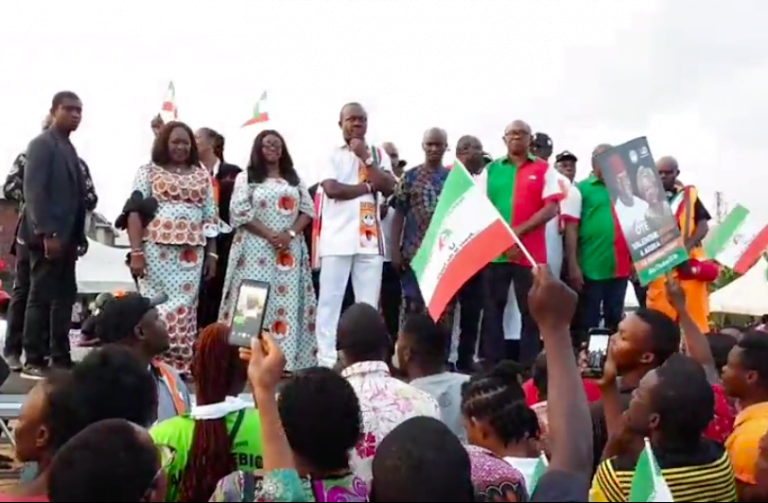 Naija News learned that that the two chieftains of the Peoples Democratic Party (PDP) and other ranking members of the party were reportedly chased and harassed during a campaign in the area on Wednesday.

It was learned that the PDP campaign train was at the Ogbo Ogwu market in Onitsha South to solicit support and votes for its candidate in the November 6 Anambra governorship election, Valentine Ozigbo, when the incident happened. 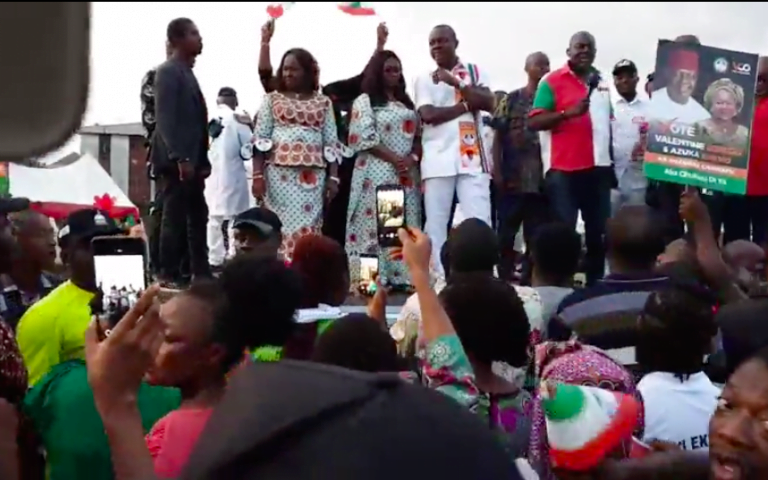 As Obi and Abaribe began to campaign for votes, IPOB members started singing the praises of their leader, Nnamdi Kanu, who is being detained and tried by the Federal Government for alleged terrorism.

Following the protest by the traders and some IPOB members, the PDP chieftains quickly left the market premises and were escorted by security operatives.

Recall that IPOB had threatened to impose a sit-at-home order in the South-east that will stretch from November 5 to November 11.

The pro-Biafra group stated that it would lock down the South-east if Kanu is not released from detention by November 4. 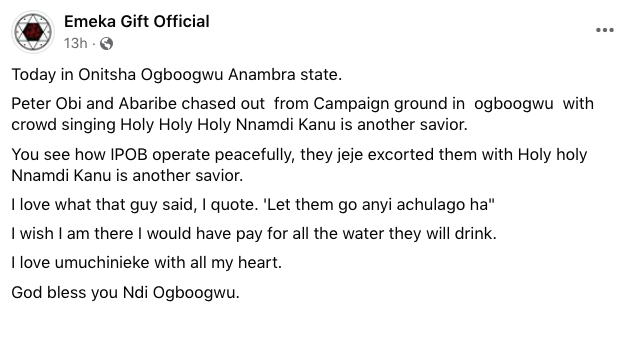