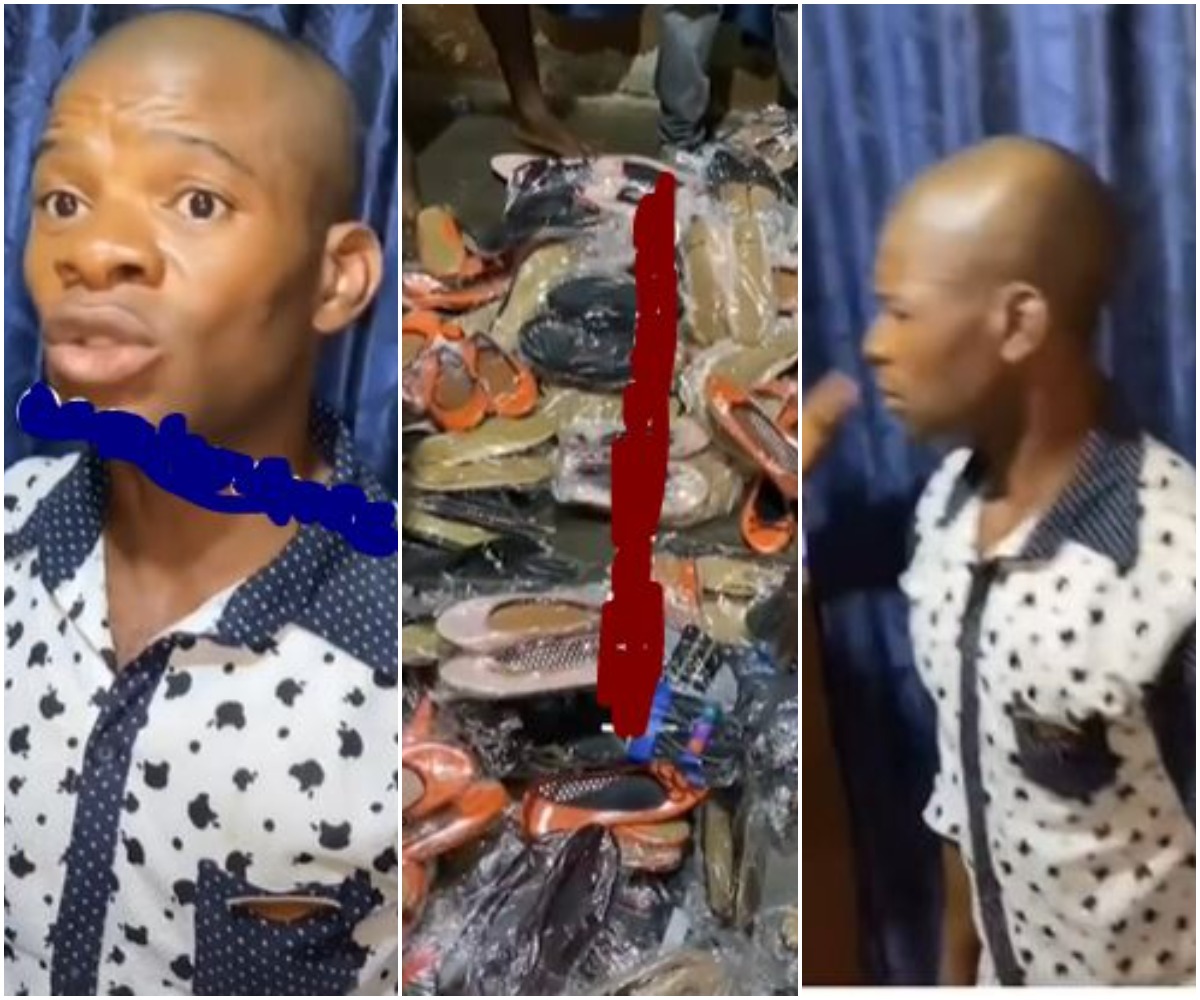 A Nigerian man has been left embarrassed in front of his family after his boss trailed him to his home to recover his stolen goods.

In the viral video, the boss with some group of men could be seen storming the house, to recover tons of stolen female shoes from the man’s house while his children watched.

According to the narrator, the man had stolen female shoes worth millions of naira from his bosses’ warehouse, selling them at the rate of five hundred naira.

The man’s wife during interrogation had disclosed that she had no idea that the goods he was bringing home where stolen goods.

She also said that her husband told her his boss gave him most of the goods he brought home.

A post shared by Saint Avenue Ent Back Up Page (@saintavenue_backup)

In other news, a yet to be identified man has been killed while vandalizing electricity power cables in Kano State.

Reports had it that the vandal was electrocuted while carrying out the punishable act in Dawanau, Dawakin Tofa Local Government Area of Kano.

Naija News understands that the deceased and his accomplices had raided a Kano Electricity Distribution Company transformer located along Dawanau-Dawakin Tofa road, the outskirts of Kano metropolis and attempted to get away with the power cables.

Karma, however, caught up with the suspect as he was electrocuted to death while cutting the cables.