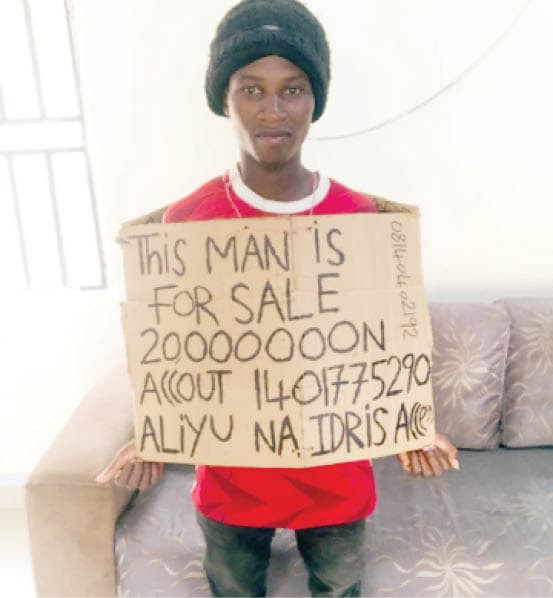 A man who put himself up for sale has been arrested by the Kano Hisbah Board.

Recall that Naija News earlier reported that a young man who is a tailor by profession had put himself up for sale for N20m due to the hardship in the country.

The man identified as Aliyu Na Idris, held up a placard which stated that he was for sale for N20m.

Na Idris stated that he began his venture from Kaduna but moved to Kano when he could not find a buyer, he went ahead to reveal that he had been offered N300,000, N5m, and N10m but he refused because he wanted the exact sum he demanded. He revealed that he would keep going from state to state till he found a buyer.

However, recent development suggests that Na Idris plan might have been truncated as the Kano State Hisbah Board has arrested him. The commander-general of the board revealed to BBC News Pidgin that it was forbidden in Islam to sell oneself.

He stated: Yes we arrested him yesterday (Tuesday) night and he spent the night with us but I haven’t interrogated him.”