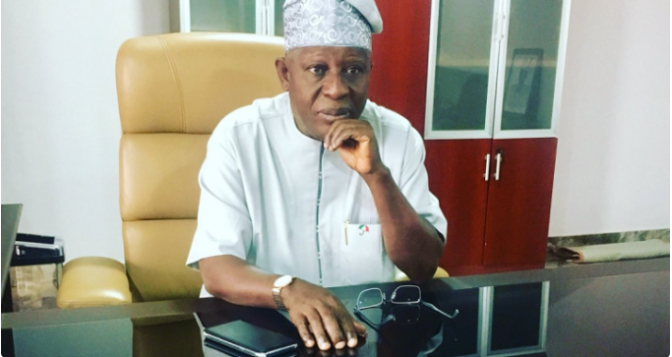 The acting National Chairman of the Peoples Democratic Party (PDP), Yemi Akinwonmi, has shared his views on where the next President of the country should come from as per zoning or power rotation.

Naija News had reported that former Vice President Atiku Abubakar declared that the President of Nigeria can come from any part of the country.

Abubakar, while speaking at the National Executive Committee meeting of PDP in Abuja on October 7, pointed out that the geopolitical zone of the President is not the solution to the problems of the country.

But in an interview on Channels Television on Monday, Akinwonmi backed the views of Abubakar on the 2023 Presidency, stating that zoning is not the main problem confronting the nation.

The acting PDP National Chairman noted that Nigeria needs a competent leader who will unite the country, improve the economy and solve the security challenges facing the country.

“Zoning has never been a problem. You remember that in Nigerian history, there was zoning that gave Muslim-Muslim tickets and we all unanimously voted for that. So, zoning is not a problem. Where a person comes from is not a problem. What Nigerians are quarrelling with is corruption and indecent behaviour.”

Akinwonmi, however, condemned the legal suit instituted to stop the party’s October 30 National Convention, saying that court cases are works of the enemies of the party.

According to the PDP acting chairman, bonafide PDP members will not take the party to court without exploring internal conflict resolution mechanisms.

He said: “PDP is a threat to many parties. These litigations coming up and down are works of our enemies. A genuine PDP [person] will not venture to take the party to court whereas there is a section in our constitution which says you don’t resort to a court or unless you avail yourself of all opportunities to see redress within the party.”