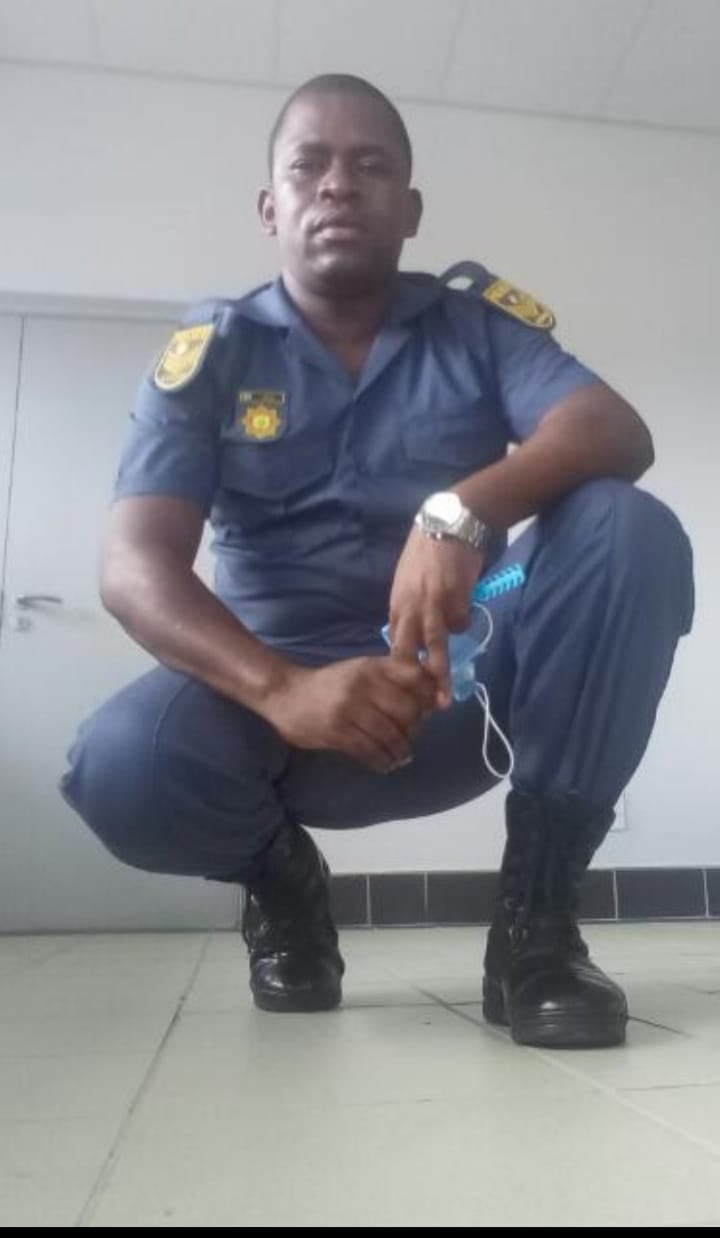 The South African Police Service has announced that one of its officers has gone missing. He was last sighted on Wednesday, 20 October 2021.

According to the police report, Simphiwe Phumlani Lucas Sibiya was last seen by his mother before no one could confirm his whereabouts.

Naija News understands that the 43-year-old officer went missing just a few days before his wedding.

A KwaZulu-Natal police have appealed to the public to help with any information that could lead to finding the missing  Sergeant who is stationed in Mbongolwane.

“The officer was last seen by his mother at 22:00 on Wednesday, 2o October 2021 at his homestead at Ndikilini area in Mbongolwane. He was due to be married on 24 October 2021.

“We request anyone who may have information that can assist in fingind him to please contact the Detective Branch Commander, Warrant Officer Hadebe on 082 459 1829 or Crime Stop on 0860010111.”

See a copy of the police statement below: 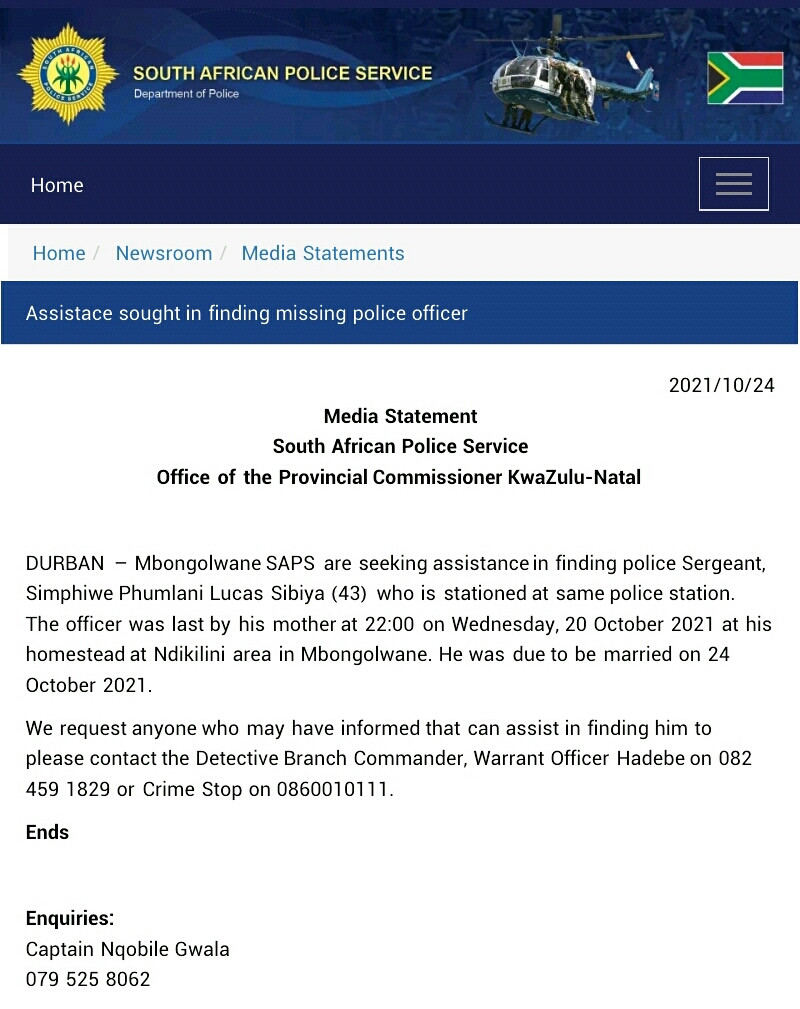 Meanwhile, some unknown gunmen have demanded N6million ransom for the release of three worshippers of Cherubim and Seraphim Church at Obada-Oko, in Ewekoro Local Government Area of Ogun State.

Naija News gathered that the kidnappers stormed the church on Sunday morning while the church members were holding a vigil and whisked them away to an unknown destination.

Hours after the abduction, the criminals reportedly contacted the families of the victims and demanded the ransom for their release.

However, the state Police Command through its spokesperson, Abimbola Oyeyemi, has identified the victims as Ifeoluwa Alani-Bello, Adebare Oduntan, and Mary Oliyide.