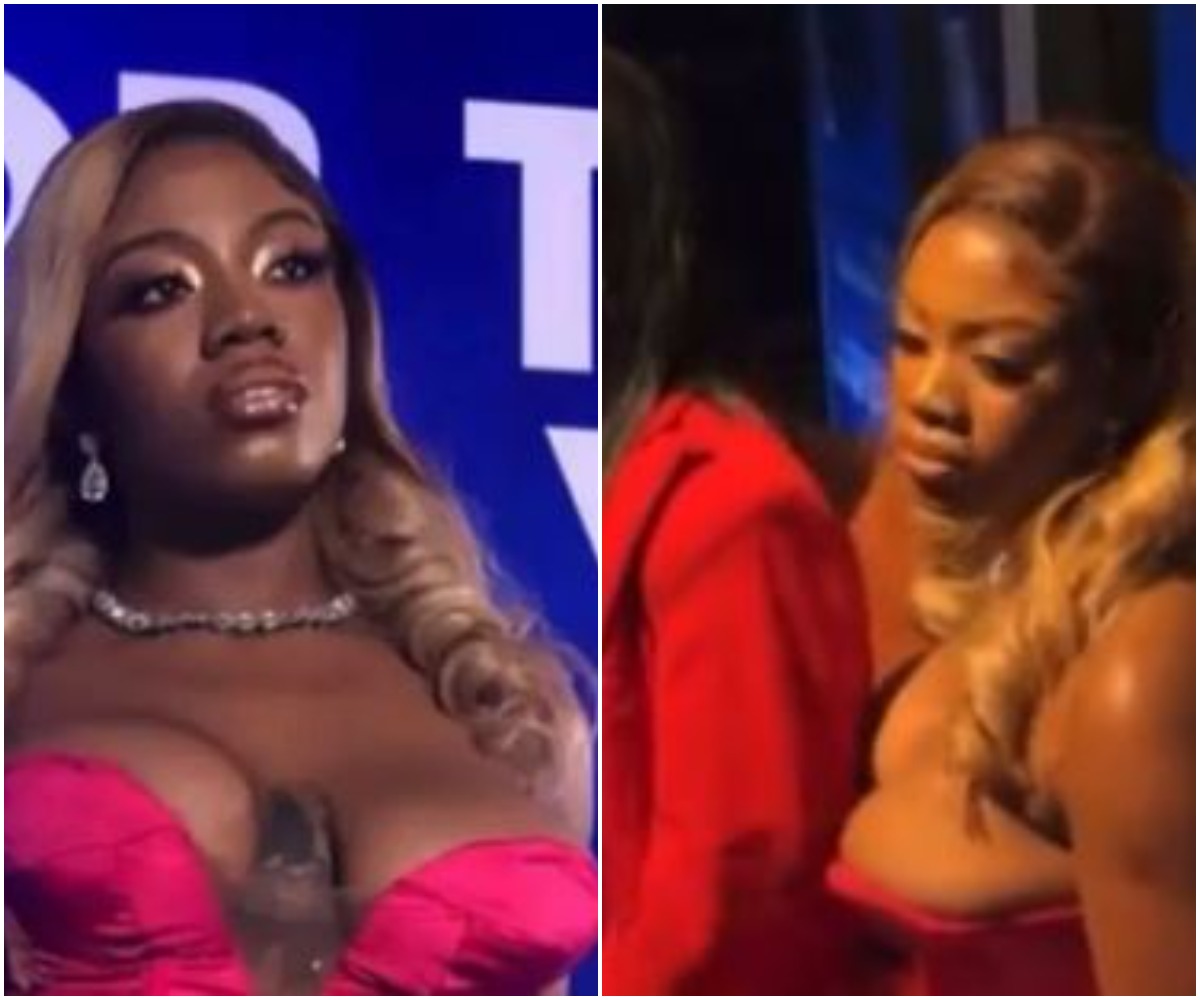 A video of a former housemate in the BB Naija Shine Ya Eye edition, Angel Smith, struggling to cover up during a recent event in Lagos has drawn reactions on social media.

Naija News reports that the reality TV star and finalist, Angel, had suffered a wardrobe malfunction during an event that was recently held in Lagos.

In the viral video, the former housemate who looked rather ravishing, stepped out in a stunning pink dress without a bra, was seen struggling to adjust her falling sleeveless dress while guests looked on.

Angel was also seen amongst other former housemates of the Big Brother Naija Season at the event.

Reacting to the video, Nigerians on social media called the reality star out for being classless and having a bad fashion sense. 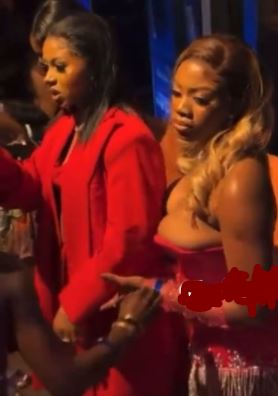 Here are some of the reactions culled by Naija News below;

portableoiz wrote; ‘What is she even putting on’

acupofarewa_hoyin wrote; ‘Alainitiju Obinrin 😒😒 see the person weh Dey her front as she wear nice cloth weh no give her stress…. Even if that her breast fall off the cop I’m sure she won’t see it as a big deal …. Mtvheew.Her fans will still say she’s wearing the best cloth there , awon were

bbsandy_zikky wrote; ‘But that’s her way. Imagine sighting her for anything. I like her but this is rubbish.’

chidimma.aleke wrote; ‘Watch how her fans Will talk rubbish now to cover her up while most of them are shaming her shame…toor’

Related Topics:2021 BBNaijaAngel
Up Next