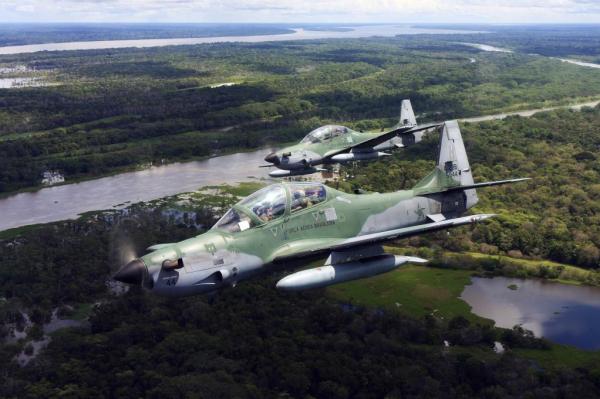 The newly acquired Super Tucano fighter aircraft is only expected to be deployed in the northern part of Nigeria to tackle Boko Haram, ISWAP and other terrorists groups.

It was gathered that the jets cannot be deployed to the southeast despite the designation of the proscribed Indigenous People of Biafra, IPOB, as a terrorist organisation and the setting up of the armed Eastern Security Network.

The United States Government has disclosed that the Federal Government is expected to deploy the Super Tucano aircraft against insurgency in the north.

Speaking to newsmen, the US Principal Deputy National Security Advisor, Jonathan Finer, at an event attended by the US Ambassador to Nigeria, Mary Beth Leonard, said this was part of an agreement reached with the Muhammadu Buhari-led administration before the sale of the jets to the country.

According to Ambassador Finer, the terms of the agreement during the sale of the 12 Tucano aircraft were explicit.

On if the fighter jets can be deployed against agitators in the southeast,  the US Deputy NSA stated that they are meant to tackle insecurity in the north.

“We are pleased to deepen our security cooperation with the Nigerian government,” Finer said.

“I think we made it very clear our expectations about this platform where it would be used and in the right way and we are always raising concerns when we have them and that it’s true with all our security partners around the world.

“This is an important platform for security, particularly in the North and we are pleased the transaction is finally concluded.”