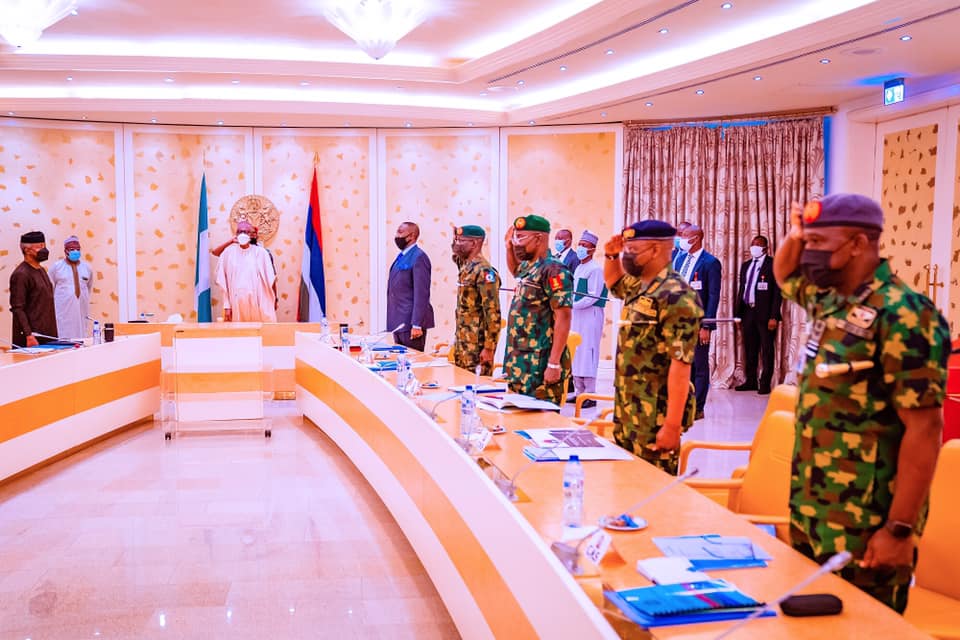 The meeting also had in attendance the Vice President, Professor Yemi Osinbajo.

The official details of the meeting were yet to be made public as at press time but it is belived to be centered around the security challenges facing the nation and how to tackle them.