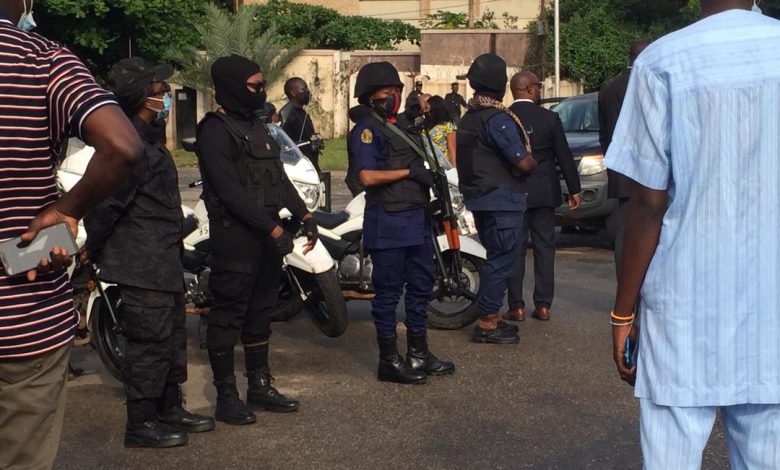 Security operatives have denied journalists access to the courtroom to cover the trial of the leader of the Indigenous People of Biafra (IPOB), Nnamdi Kanu.

Naija News reports that some lawyers, civil society groups and family members of the accused who were at the court were denied access to the courtroom by the operatives stationed at the entrance of the Ministry of Justice building.

According to the security agents, only accredited judiciary reporters would be allowed in, however, even accredited journalists were searched before gaining entrance into the premises.

Reacting, an activist, Deji Adeyanju, said: “At least even under military rule journalists would be given access to the courts.

“Members of the general public could also access the court. But today the reverse is the case. It is most unfortunate and unbelievable that this is supposed to be a democracy.

“Basically Nigerians should know that the President Muhammad Buhari regime has suspended the Constitution and we are practicing military rule in the country.”

Earlier, policemen and soldiers had taken over the premises of the Federal High Court in Abuja today ahead of the trial of the IPOB leader.

Operatives of the Department of State Security Services, DSS were also seen in the premises guarding every entrance to the court and the streets leading to the court building.