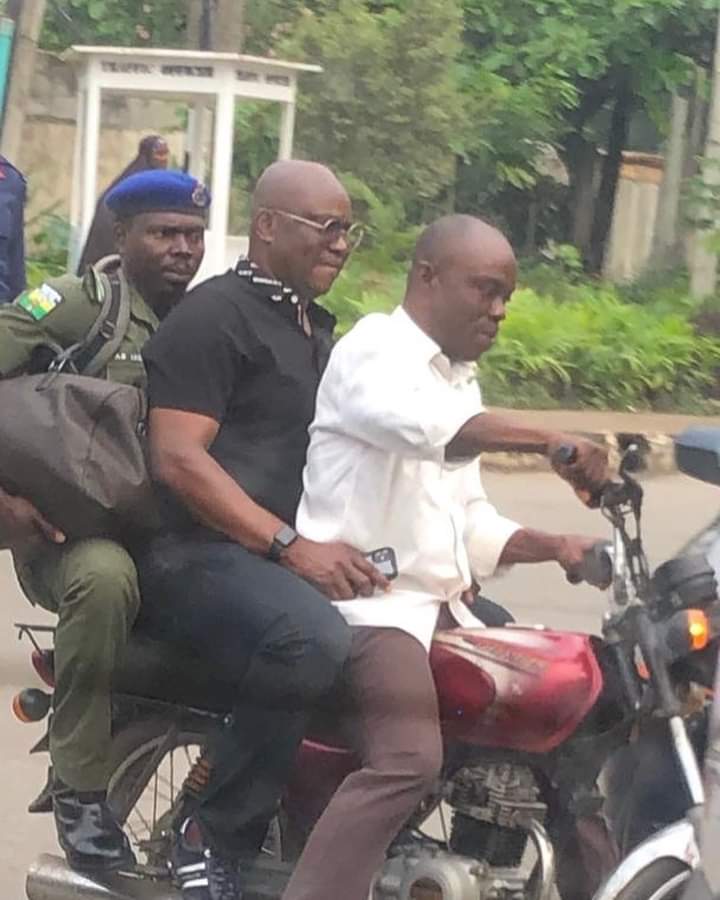 Former Ekiti State Governor, Peter Ayodele Fayose on Tuesday resolved to ride on Okada after he was caught in Lagos traffic.

Naija News reports that the politician dumped his exotic ride to commute on a commercial motorcycle in Ikeja.

Reacting to the dramatic event, Fayose in a post on his social media page, admitted that Lagos road traffic is no respecter of anybody.

The former governor could be seen in the photos attached on the motorcycle with his security aide sitting behind him. According to the Peoples Democratic Party, PDP, member, riding on the Okada became necessary to prevent missing his flight.

“Lagos traffic is no respecter of anyone. I had to take Okada in Ikeja to avoid missing my flight,” Fayose said in the post. 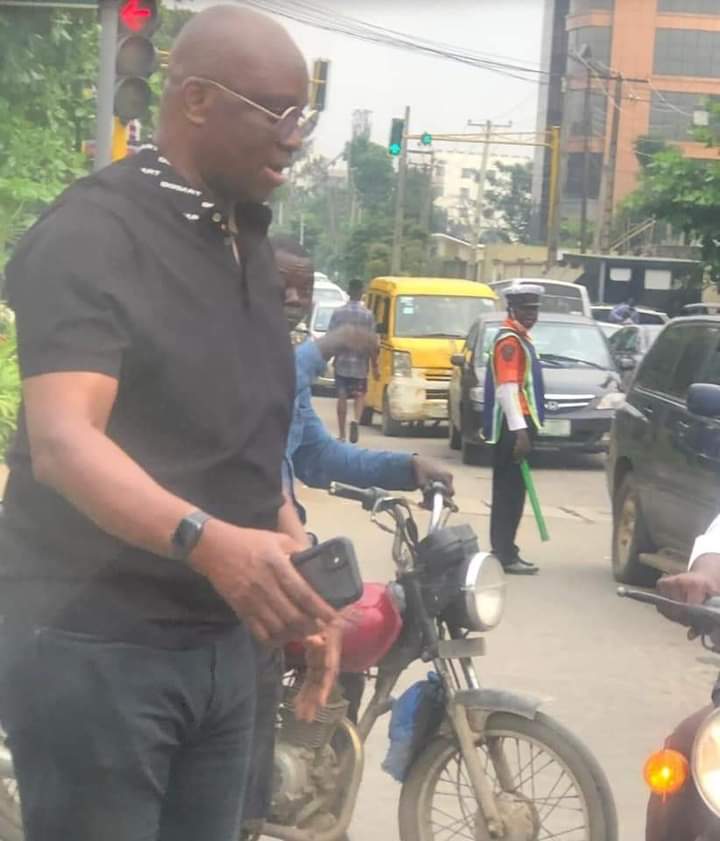 Naija News reports that this was made known by the Organising Secretary of the party in Lagos, Comrade Ayodele Adewale.

He told Vanguard that the newly elected state executives of the party would do all they can to make Tinubu succeed President Muhammadu Buhari in 2023.

According to Adewale, making Tinubu president is one of the objectives of the APC under the Chairmanship of Cornelius Ojelabi.

The former chairman of Amuwo-Odofin Local Government, Adewale thanked the party leadership for believing in him.