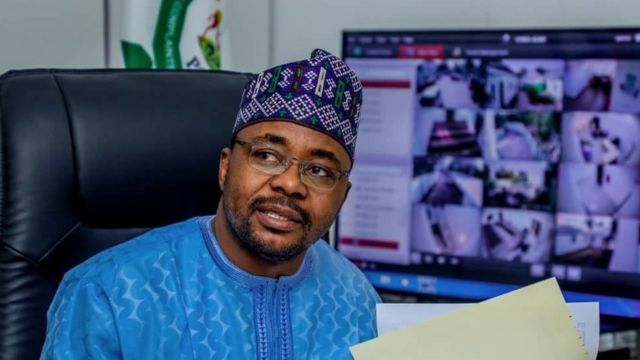 Naija News had reported that Rimingado was suspended by the state House of Assembly for rejecting an accountant sent to the commission by the state’s Accountant General.

But in an interview with Daily Trust on Tuesday, Rimingado described the charge as frivolous and a clear case of persecution, adding that he has nothing to hide and fear.

The suspended anti-graft boss disclosed he is afraid for his life, alleging plans by the state government to detain and inflict harm to him.

Rimingado expressed surprise at the charge filed against him, saying that the police had earlier cleared him and released his international passport.

He wondered why the police have now come up with the charge of giving false information after earlier exonerating him.

The embattled anti-graft boss is expected to be brought before magistrate’s court 54 in Nomansland area of the state capital on Wednesday.

Confirming the development, the Police spokesman in the state, DSP Abdullahi Haruna Kiyawa, said Rimingado was not cleared as claimed by the suspended anti-graft boss.

Kiyawa said the earlier Report filed was the outcome of the investigation conducted by the command following a petition it got from the state House of Assembly and the office of the state’s Accountant General.

He said the allegation against Rimingado was that of presenting false information and forgery (of a medical report) following his non-appearance before an Adhoc committee of the House investigating him for rejecting an accountant sent from the office of the state’s Accountant General.

Kiyawa confirmed that Rimingado’s younger brother, one Mukhtar Magaji, who stood as a surety for him, was invited from Dawakin Tofa on Monday and was made to enter into an undertaking to produce the suspended anti-graft boss to face trial on Wednesday.