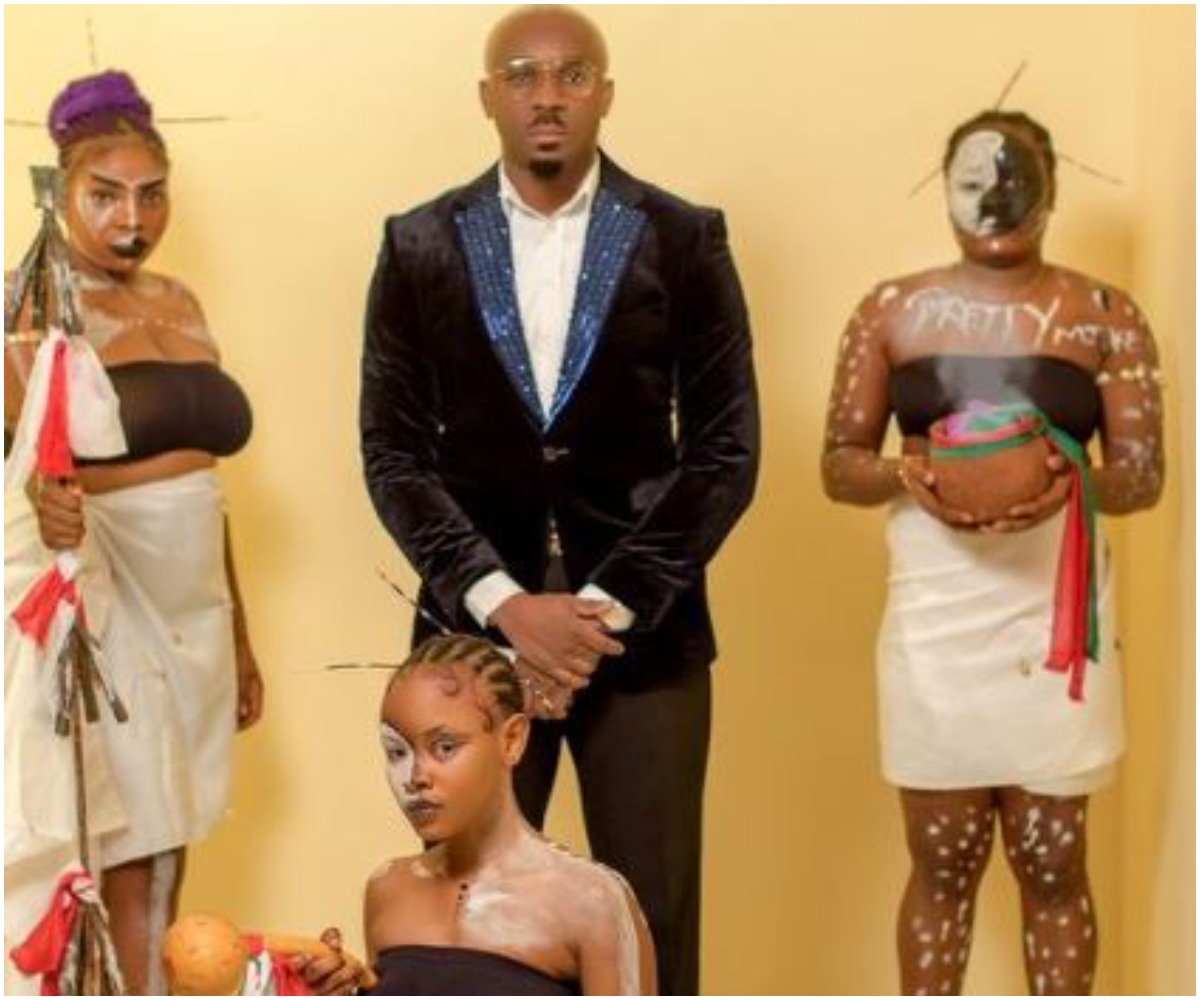 Controversial Lagos big boy, Mike Eze Nwalie Nwogu better known Pretty Mike has continued to be the cynosure of all eyes at almost every event he graces due to his uncanny appearance.

The Lagos big boy who is notorious for attending ceremonies in the weirdest of ways anyone can think of, has stormed a birthday party in Port Harcourt city in an unusual appearance.

In the photos and video shared on his instagram page, the Lagos big boy was spotted in a birthday party with strange looking ladies who wore traditional attires.

Sharing the photos on his page, he captioned it; “VAWULENCE has been declared this October 🧐tighten ur belts” Live in PH, came with a msg from the spiritual world.” 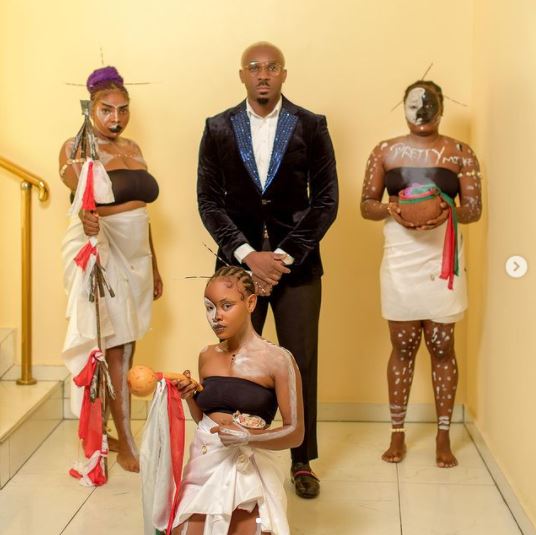 The photos was greeted with a lot of reactions from social media users who found the photos yet again amusing and tiring.

Here’s some of the reactions gathered:

black.teni wrote; ‘Someone in my party like this 😂 my Inlaw be pastor.’

cutestjeweller wrote; ‘Radarada 😮they won’t see anything wrong in it cause of wetin he wan spray’

tallbosschick wrote;Why does he like being the center of attention ??

Related Topics:Pretty Mike
Up Next

My Wife Married Me Despite Been Impotent – MFM Pastor