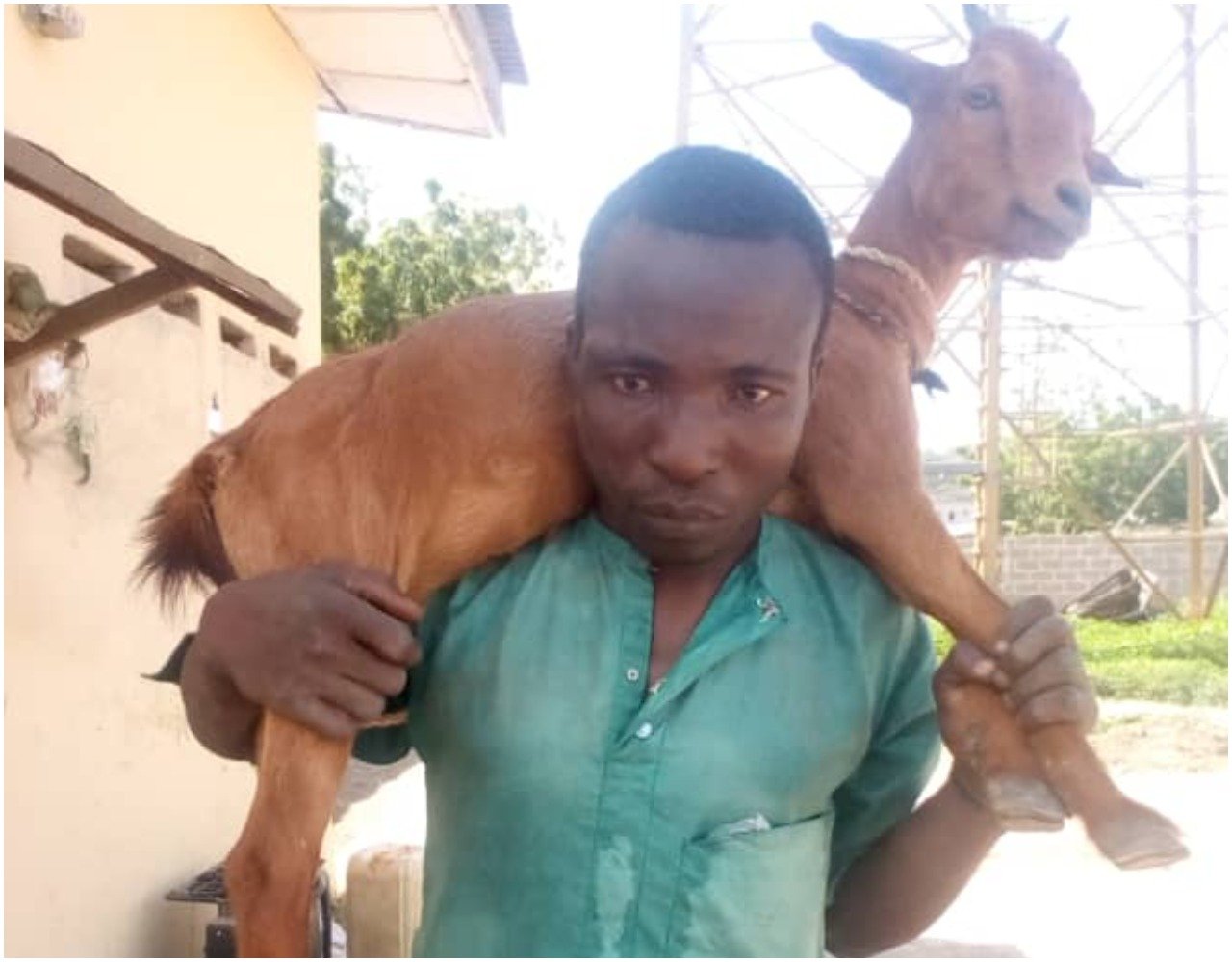 The Kwara State Command of the Nigeria Security and Civil Defence Corps, NSCDC, has confirmed the arrest of a young man caught while trying to steal goats belonging to residents of his community.

Naija News understands that the suspect, Garuba Ashin, was apprehended following repeated complaints by residents to the command over their missing domestic animals.

Operatives of the NSCDC embarked on surveillance recently, and Ashin who resides in Awala, a community in the Kaiama Local Government Area of the State was nabbed.

Confirming Ashin’s arrest to newsmen in Ilorin, the state capital earlier, the spokesman of the corps, Babawale Zaid Afolabi, said regular surveillance by the operatives of the defence corps, led to the arrest of the suspect.

“The intense surveillance carried out, paid off recently as one Garuba Ashin of Iwala area in Kaiama, was arrested while trying to steal goats belonging to Hossan Abubakar,” the spokesman revealed.

Afolabi explained further that the suspect has been transferred to the NSCDC state command in Ilorin, while efforts are ongoing to round up other members of the gang.

In another news, an officer of the Nigerian Police Force has reportedly knocked down three people at a construction site in Adamawa State.

The power-drunk officer according to reports shunned a barricade at the construction site and forcefully drove his private car into the site, knocking three workers down.

Naija News learnt that the incident happened on Thursday, 14th October at a construction site which is a few walks away from the State Police headquarters in Jimeta.

‘Its Me You Drew Like This?’ – Sanwo-Olu Questions Nigerian Artist Over Funny Looking Portrait