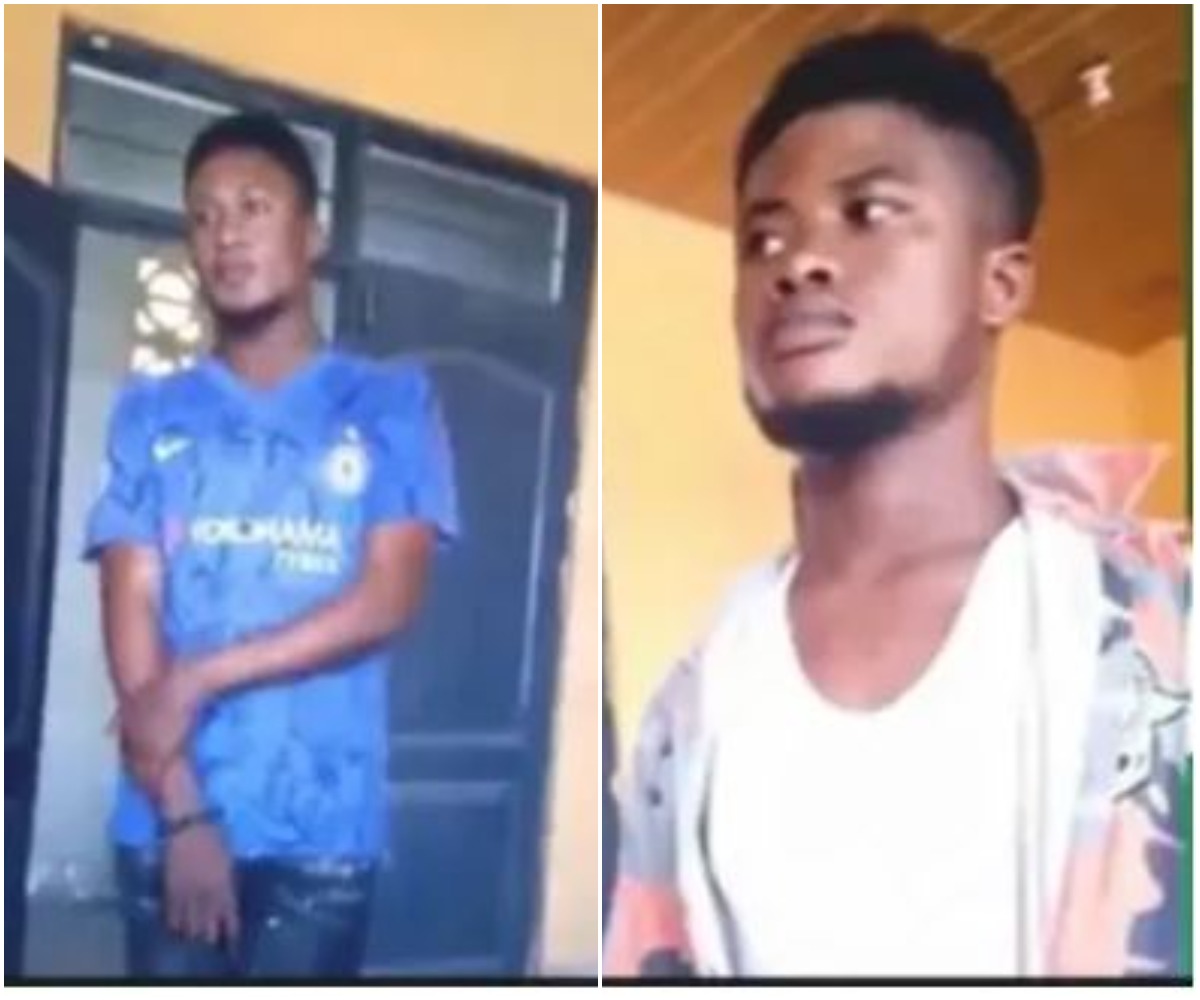 Security operatives in Kasoa Market, Ghana have arrested a suspected gay man after he allegedly stabbed his lover for cheating on him.

According to reports, the suspects, Prince Nyator, 22 and Evans Amoah 23 are colleagues and work in the same restaurant at Kasoa New Market.

Eyewitnesses at Kasoa Market told MyJoyOnline that Prince found out that Evans was having an affair with a female while he denied him (Prince) sex. This provoked Prince to stab Evans.

In an interview with Adom News, Evans said he has been involved in the practice since Senior High School with his teacher.

In other news, a Media aide to a member representing Degema state Constituency in the Rivers State House of Assembly, Osaki Diri has died.

A friend to the deceased informed the publication that Diri’s phone rang and when he picked he was immediately electrocuted. His wife saw his predicament and tried to help him but she was flung away by the current.

“His wife saw him and tried helping but the electric threw her away.”

An hour before his death Diri released a press statement for his local government council on Facebook and also made comments on his friend’s post. The deceased tied the knot two months ago in August 2021.

His friends have gone on Facebook to cry over his loss while also hailing him for his singing abilities.