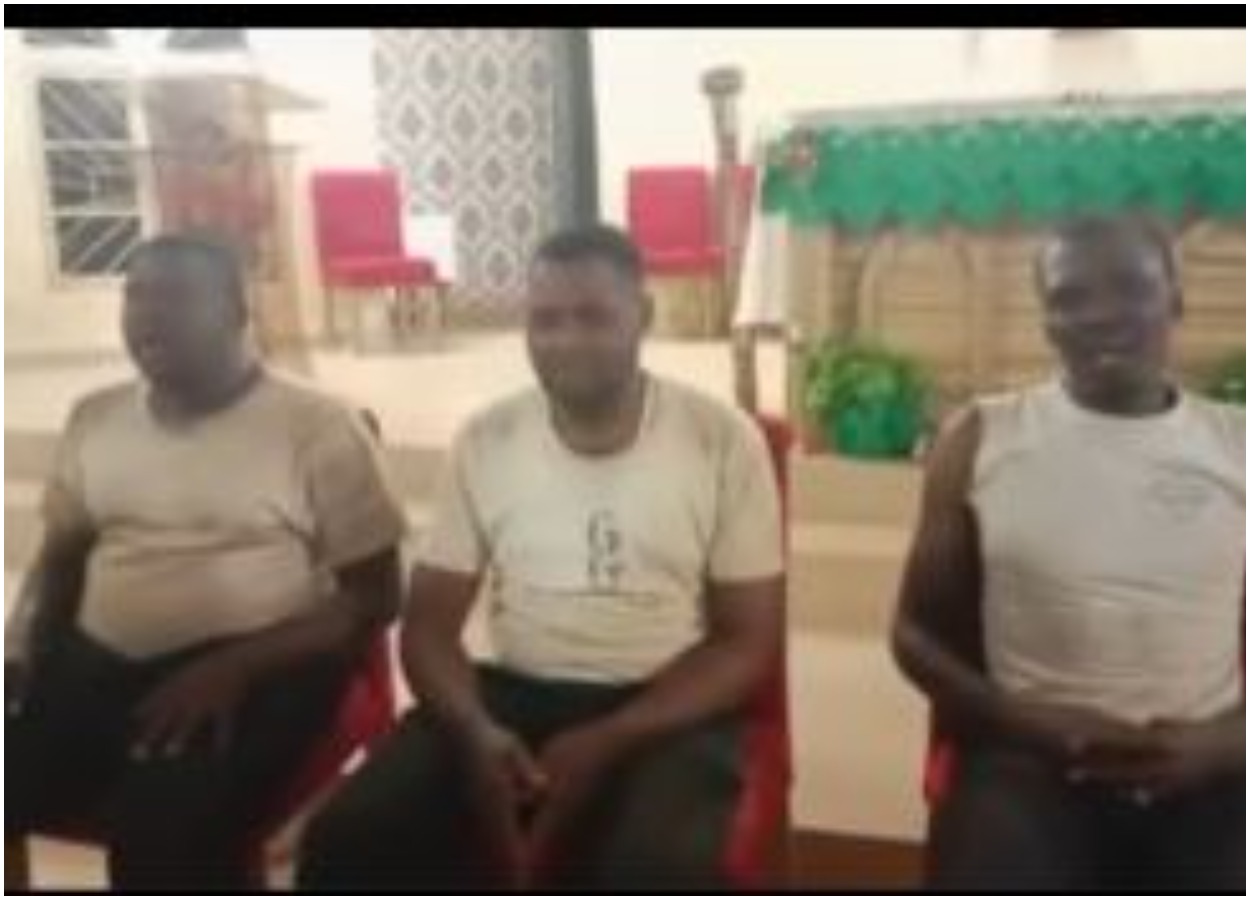 A video of the kidnapped Catholic seminarians who were recently freed during thanksgiving service  has surfaced on social media.

Naija News earlier reported that the Bandits on Monday night invaded St. Albert the Great Institute of Philosophy, a seminary belonging to the Catholic Church in Southern Kaduna and abducted students.

The Chancellor of the Catholic Diocese of Kafanchan, Emmanuel Okolo, in a statement disclosed that the seminarians were freed on Wednesday.

Okolo charged Catholic churches to organise Thanksgiving masses for the successful release of the abducted people.

He, however, did not state if a ransom was paid to secure the release of the abductees.

The statement reads, “with hearts filled with joy, we raise our voices in a symphony of praises as we announce the return of our Three Major Seminarians, who were abducted by armed persons from the Chapel of the Seminary at Christ the King Major Seminary, Fayit Fadan Kagoma in Jema’a Local Government Area, Kaduna State, on Monday 11 October, 2021. Barely 48 hours after their kidnap, our beloved brothers were released by their abductors.

Here’s a video of the three Catholic seminarians during the service below;