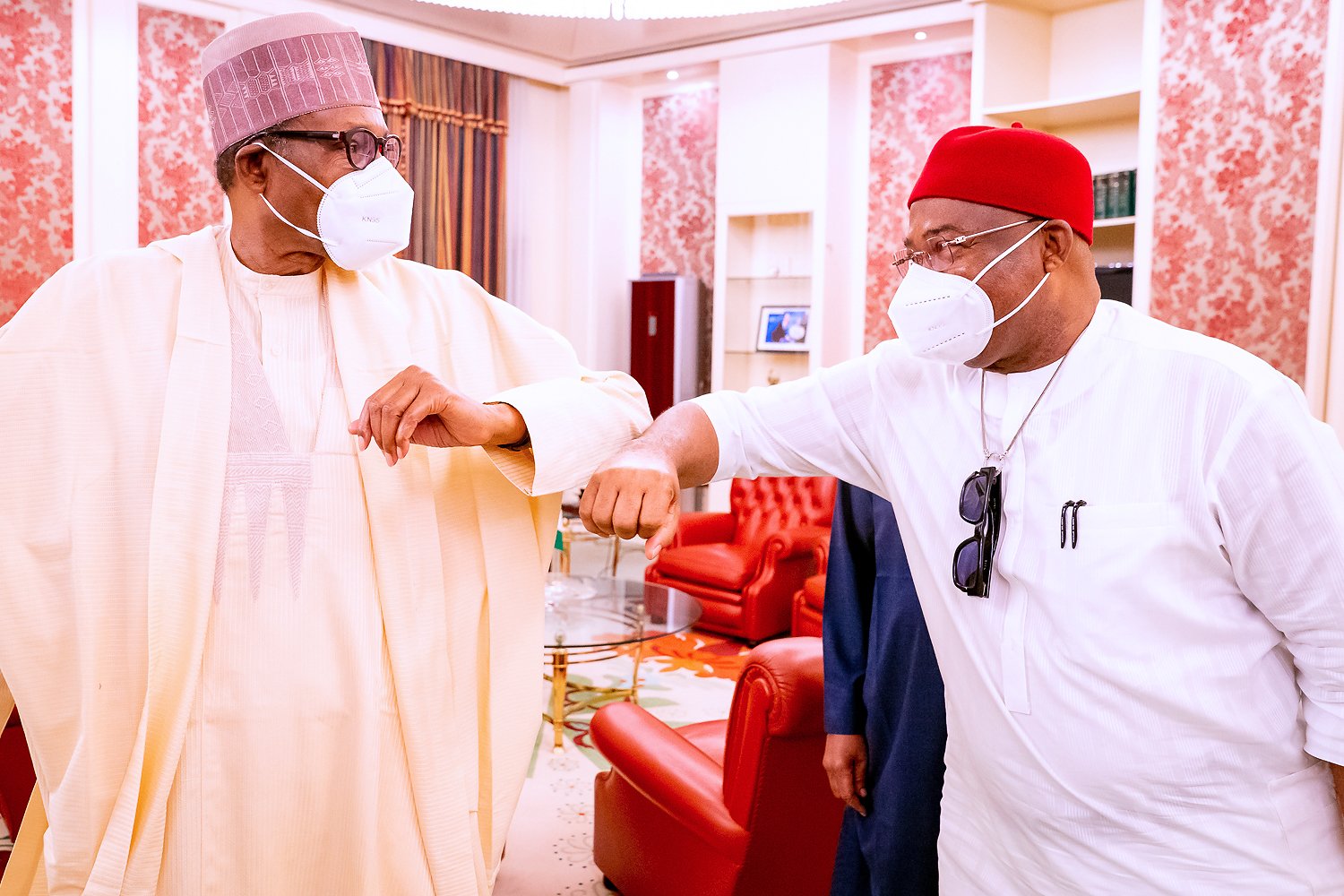 Imo State Governor and Chairman of the APC Campaign Organisation for the November 6 guber election, Hope Uzodimma, says the All Progressives Congress is gaining ground in the South-east such that if Anambra Governor, Willie “Obiano had his way, he will join the APC”.

Naija News reports that the Imo Governor stated this to President Muhammadu Buhari on Wednesday when the Deputy Governor of Anambra, Nkem Okeke, defected from Obiano’s APGA to APC, and was presented to Buhari at the Aso Villa in Abuja.

Uzodimma, who was in a delegation led by the APC National Caretaker Chairman, and Yobe State Governor, Mai Mala Buni, claimed that many prominent politicians are defecting to the APC because of the development projects of the Buhari administration in the South-east.

“Our people are now willing to join the winning team, which is the APC party. At the last count, eight members of the House of Representatives from APGA and PDP have joined the APC.

“Just this afternoon, the Deputy Governor of Anambra joined the APC and has been presented to the president so, what is remaining?

“If there is any strong parametre for conducting an opinion poll, this exodus of legislators and the second in command in Anambra should automatically translate into electoral victory,” Uzodimma later told state house correspondents