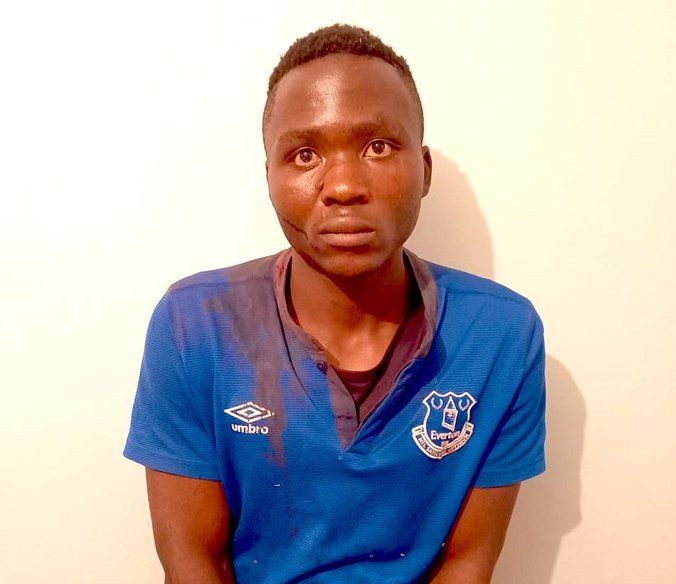 Three police officers have been arrested and detained for allegedly aiding the escape of a man confirmed to be specialised in killing minors in Kenya.

Naija News had reported earlier that one Masten Milimo Wanjala who confessed to killing no fewer than thirteen minors escaped from police custody.

The middle-aged man was being held at Jogoo Road Police Station in Nairobi when he escaped unnoticed on Tuesday, October 12. Reports revealed that Wanjala was expected to appear at the Makadara Law Courts on Wednesday, October 13, to face 13 counts of murder profiled against. It, however, remains a mystery to the regional authority how he managed to escape.

When interrogated, officials who were on duty when the suspect was declared missing, said they realised Wanjala was missing at 7 am on Wednesday, as they were conducting a roll call.

Reports emerging on Thursday (today), revealed that the police officers including the Jogoo Road police station deputy Officer Commanding Station and two others have been apprehended in connection with Wanjala’s escape.

They are likely to be produced in court on Thursday with charges of aiding the escape of the suspect from lawful custody and negligence of duties, Naija News learnt.

The officers were reportedly picked up from their work station on Wednesday and taken to Nairobi Area command for grilling before being detained at Capitol Hill cells ahead of the arraignment.

At least 20 people were reportedly grilled earlier over the escape of the suspect, including some other suspects who were in the custody of the police.

A statement issued on the arrest of the police officers read: “No. 236523 IP PHILIP MBITHI, No. 105352 P. C KAMAKIA MUTUMA BONIFACE and No. 117150 PC (W) PRECIOUS MWENDE MWINZI, all of Jogoo Police station were arrested by officers from RCIO’s office Nairobi for the offences of aiding escape from lawful custody and neglect of official duty contrary to section 124 and 128 of the Penal code respectively. They are to be charged in court following escape of one Masten Mulimu Wanjala during the night of 12/13/10/2021 who had been remanded at Jogoo Road Police Station following a series of murder cases.”