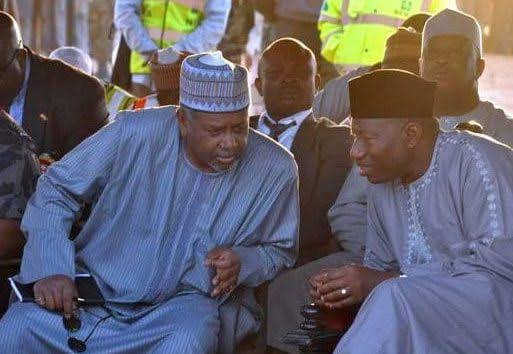 The family of Colonel Sambo Dasuki (rtd), a former National Security Adviser (NSA) to ex-President Goodluck Jonathan, has been fingered in offshore dealings by the Pandora Papers exposé.

Naija News reports that the Pandora Papers investigation involving over 600 journalists and over 100 media organisations have exposed the financial dealings of former UK Prime Minister, Tony Blair, Kenya President Uhuru Kenyatta, the image-maker of Russian President Vladimir Putin and many others.

According to documents submitted by Adesanya, the multi-billionaire indicated that Hydropower Investment was set up to own real estate and investment portfolios.

Adesanya indicated that the company would, on behalf of the Dasuki family, hold 1.5 million shares in Sino Africa (Nigeria) Limited, a 19-year old company that has him (Adesanya) and a certain Uche Nwokedi as directors.

The Pandora Papers report read: “Hydropower Investments, company documents also showed, will also hold for the Dasukis 10 million shares in Sunrise Power & Transmission (Nigeria) Co. Limited, a company that is locked in a long-drawn dispute with the Nigerian government over the Mambilla power project. The legal dispute is stalling the key funding from the Chinese EXIM Bank to execute the Mambilla project, an ambitious electricity generation infrastructure considered key to tackling Nigeria’s long-standing power sector crisis.

“The shell company, Hydropower Investments, was registered on November 14, 2013, with Mr Adesanya and Abubakar Atiku Dasuki, a son of a former National Security Adviser, Sambo Dasuki, as directors.

“The three shareholders are children of former NSA Dasuki, one of the most powerful figures in Nigeria at the time the company was incorporated, and awarded a combined 11.5million shares in Mr Adesanya’s companies — Sunrise and Sino Africa.

“There is no evidence that Mr Dasuki or his children paid for the shares. When the registration agent, Trident Trust Company, sought to know how the shareholders sourced the funds with which they planned to acquire the assets, Mr Adesanya simply provided a vague response, telling them the assets would be “carried interest through a loan to be arranged by the sponsor (Leno Adesanya) of the project.”

“It remains unclear why Mr Adesanya would provide a loan to buy several million shares from his own companies in favour of the children of one of the country’s most powerful political personalities at the time.”

Speaking through a representative, Adesanya  said he got no favours from Dasuki, adding that “the children wanted to start doing business and they were advised by me to set up an offshore company for discretionary purposes.”

Also responding to an inquiry, Dasuki, through a representative, said he did not ask Adesanya to register the company for his children.