Reactions have trailed a statement by the federal government disclosing that workers without proof of COVID-19 vaccination or test results done within 72 hours will be denied access to their offices starting from December 1, The PUNCH reports. 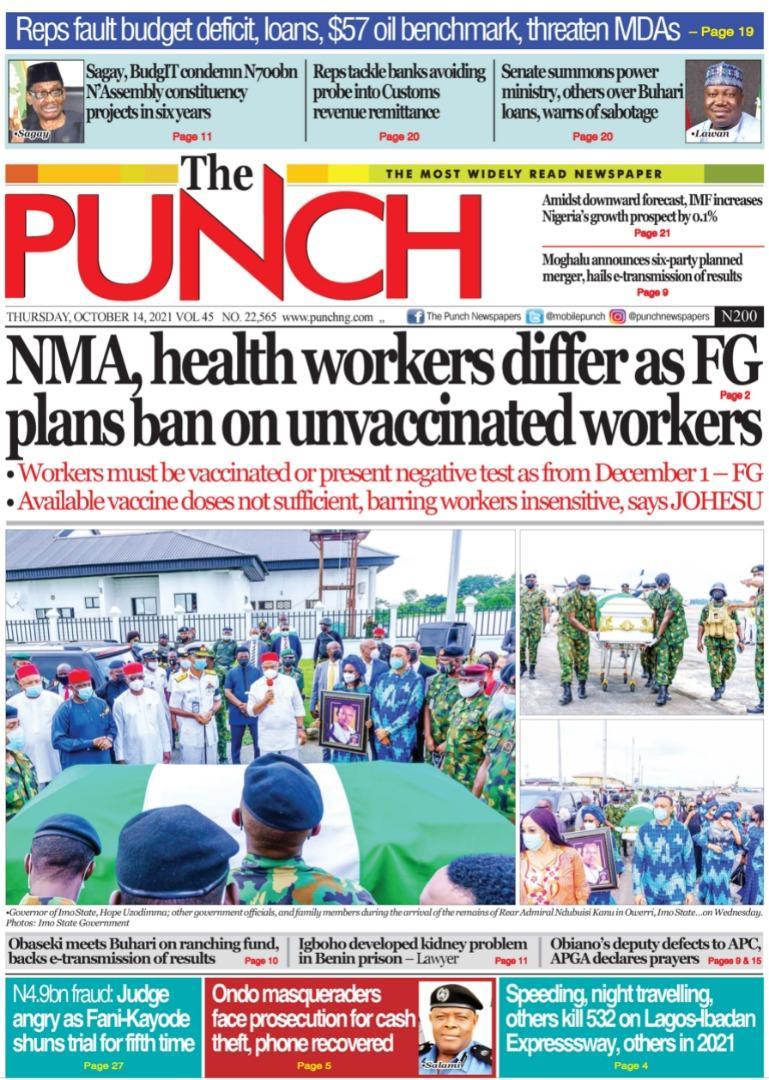 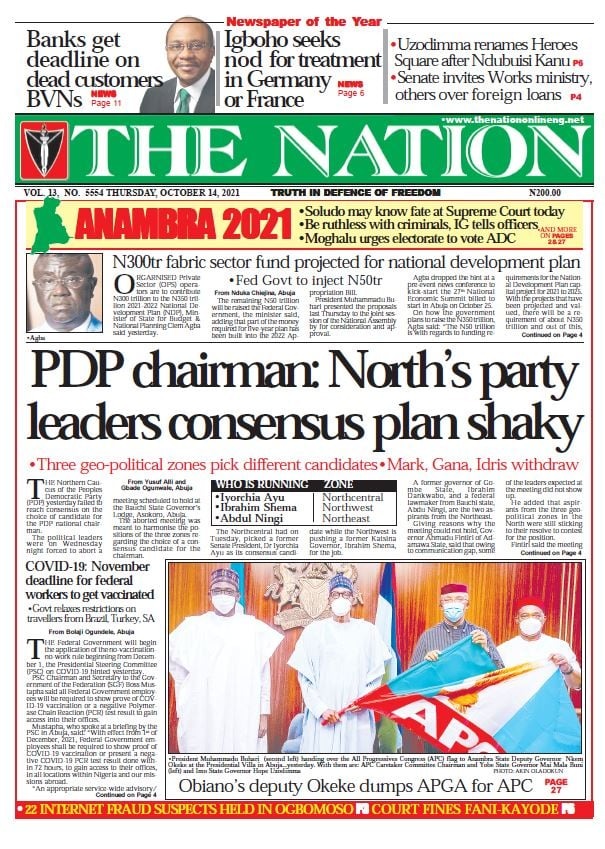 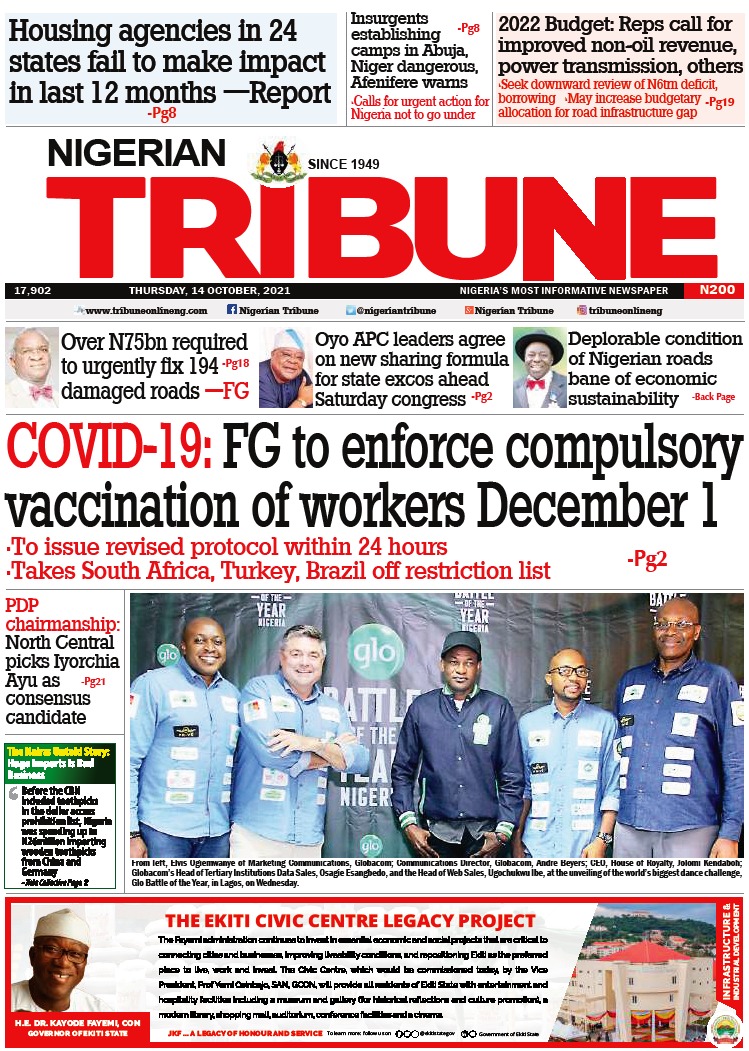 A lawyer to detained Yoruba Nation agitator, Sunday Igboho, has revealed that his client was rushed to hospital after failing ill, Daily Sun reports. 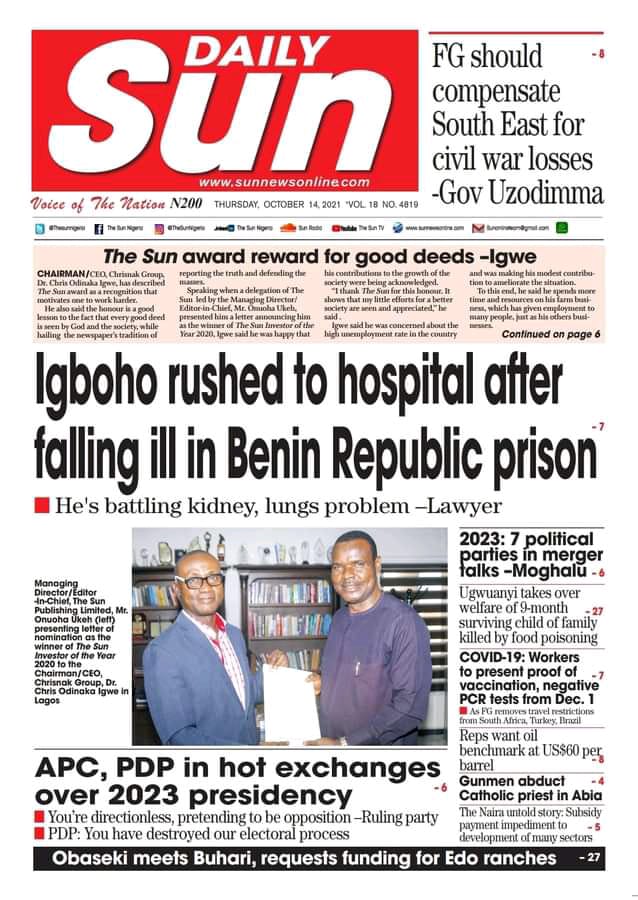 Leadership reports that police brutality has continued amid attacks on stations one year after the #EndSARS protest. 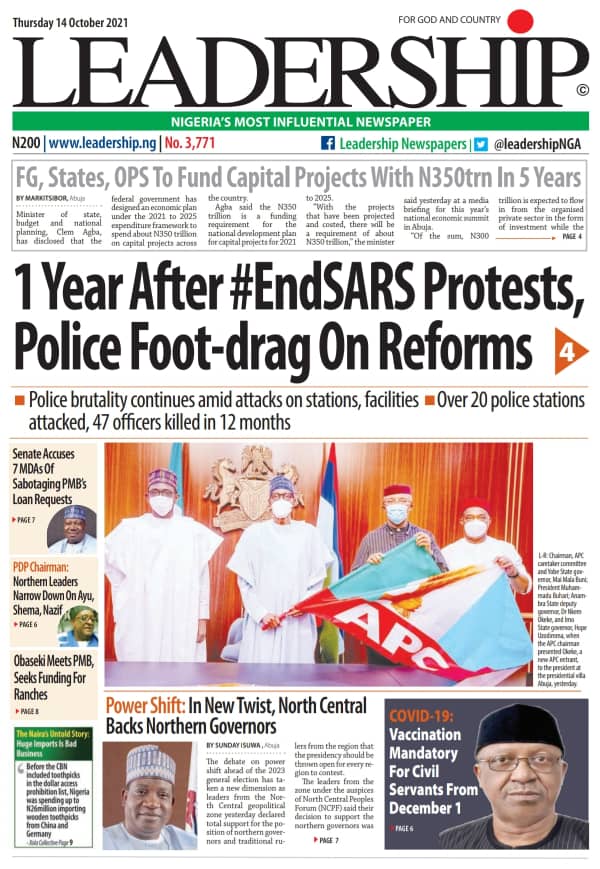 Shema, Ayu and Nazif have emerged zonal candidates for the National Chairmanship position of the PDP, Daily Trust reports. 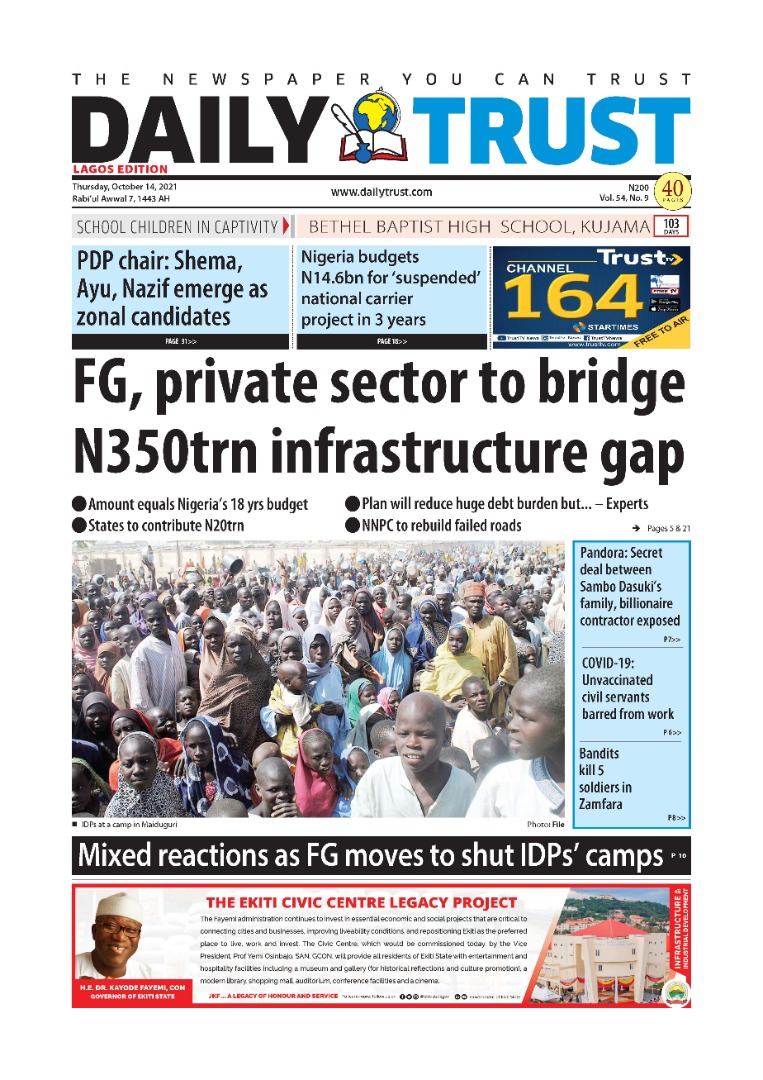 The Daily Times lead with a reports stating that Senate President Lawan has given MDAs one week to appear before Senate committee on loans and foreign debts. 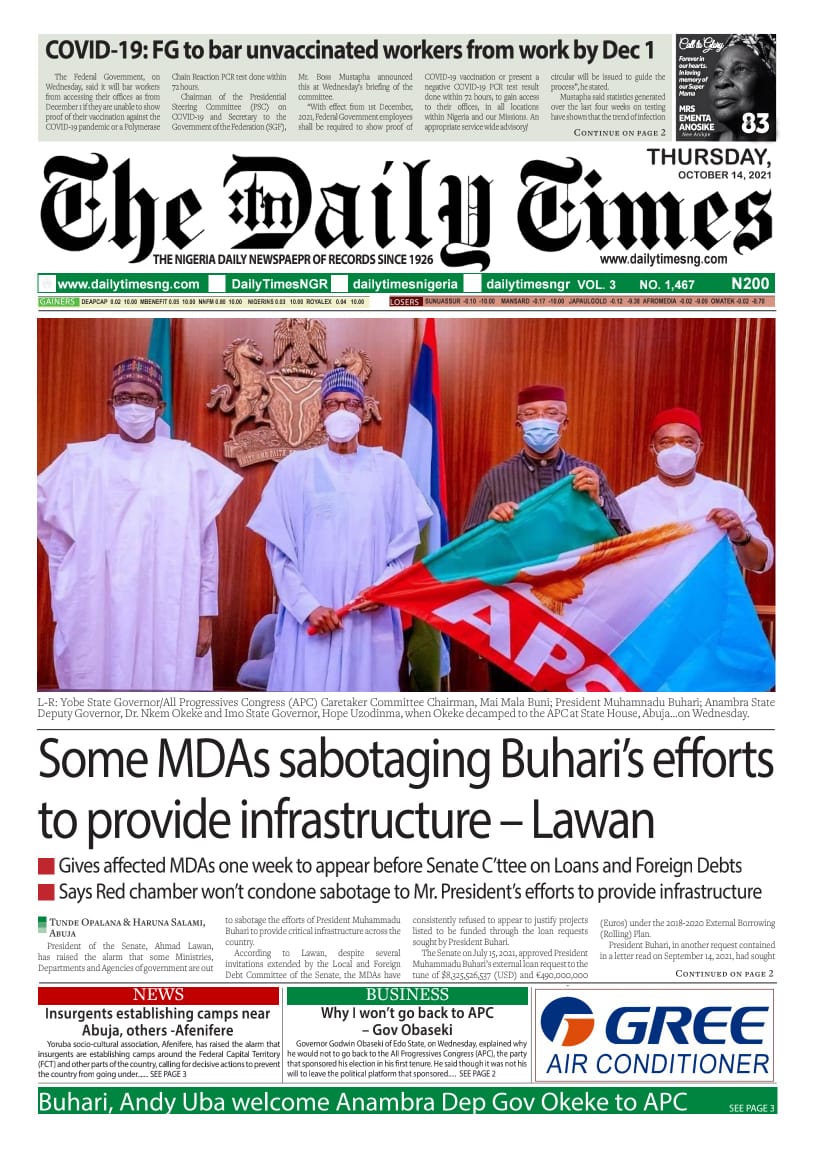 The Senate, Blueprint reports, on Wednesday suspended plenary till November 9 for 2022 Budget consideration. 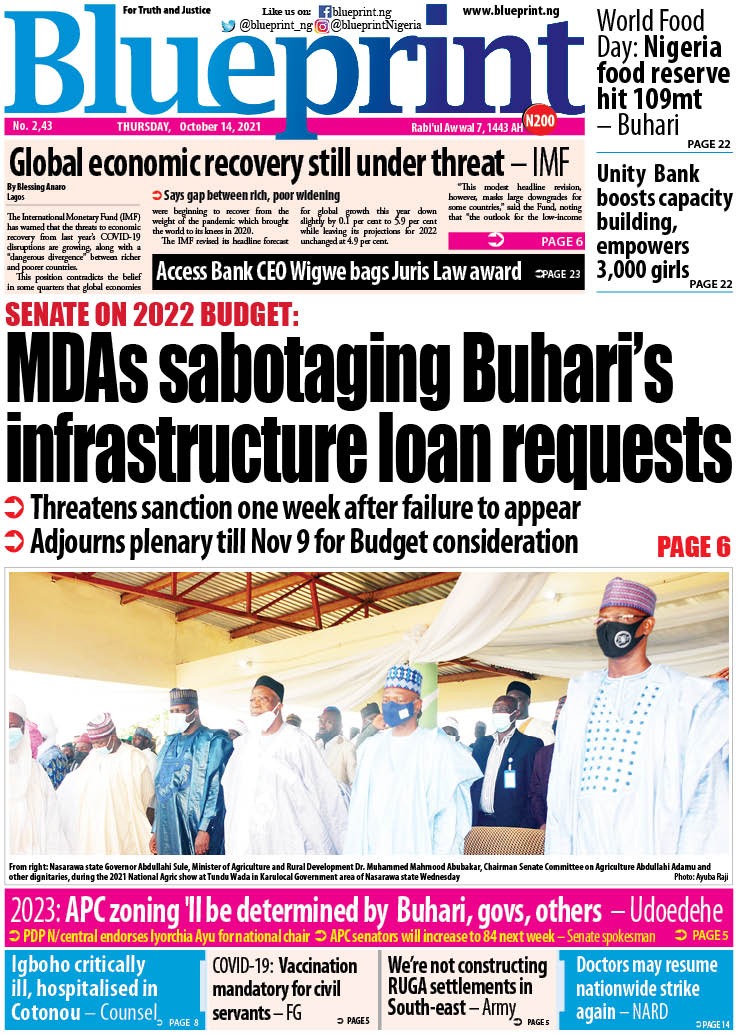 House of Reps has called for the reduction in the proposed domestic and external borrowing in the 2022 Appropriation Bill, Daily Independent reports. 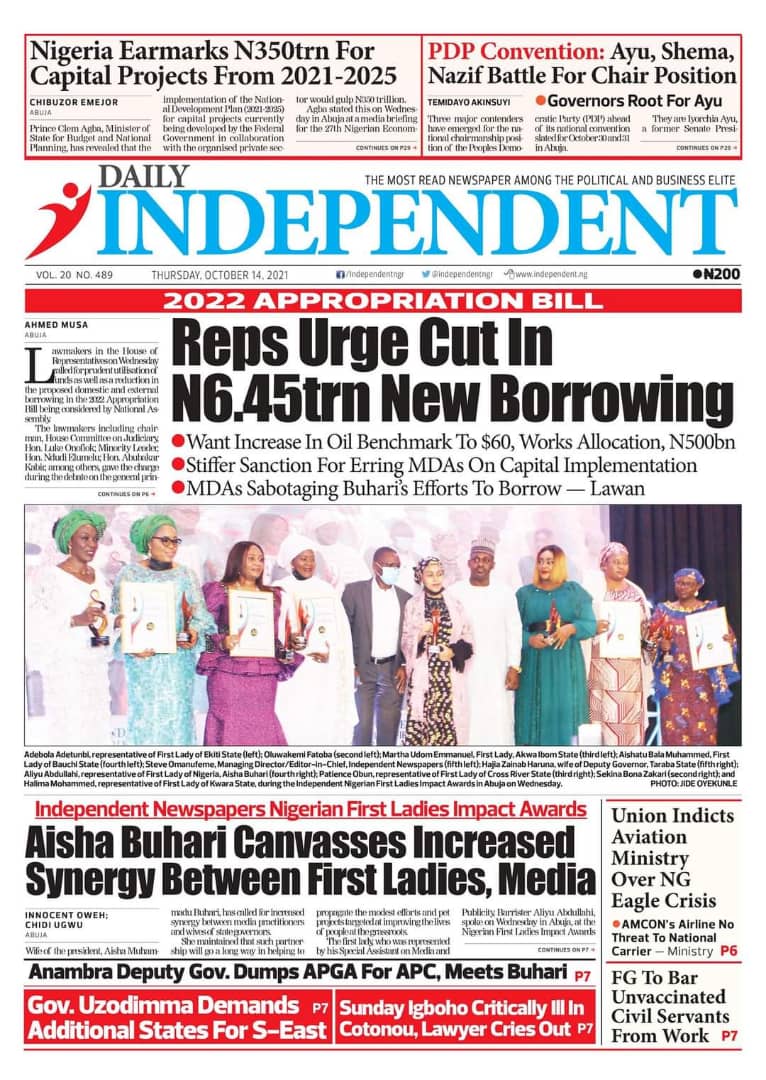 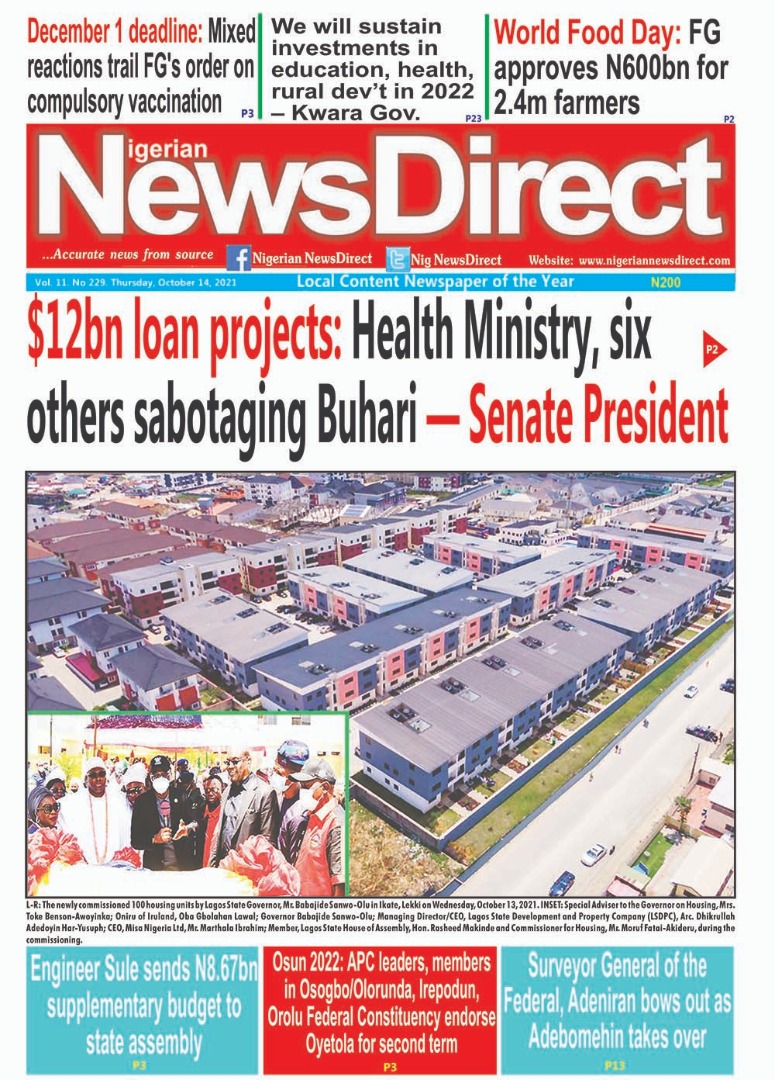 Ahead of the November 6th Anambra Guber Election, the state Deputy Governor has dumped APGA for APC, First News says. 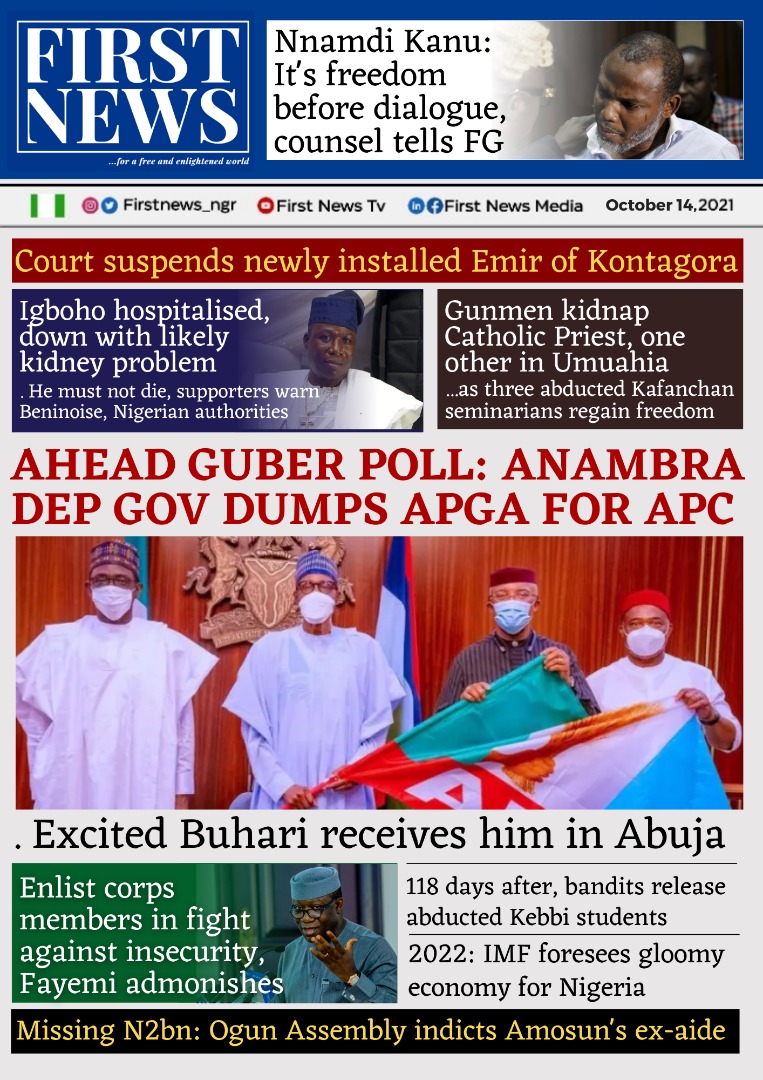