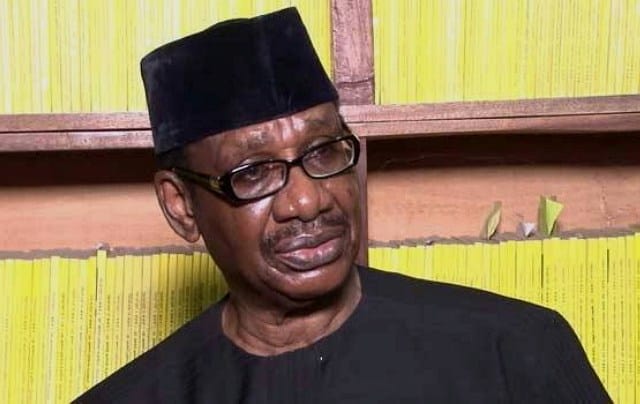 Popular legal luminary, Prof. Itse Sagay (SAN), has described as a scam, constituency projects embarked on by members of the National Assembly.

Naija News reports that a careful analysis of the 2022 budget shows that President Muhammadu Buhari has set aside N100bn for constituency projects of National Assembly members.

In an interview with The PUNCH on Wednesday, Sagay said the funds designated for constituency projects were just a waste of money and resources.

The Chairman, Presidential Advisory Committee Against Corruption added that there was nothing to show for the funds set aside for the intervention projects in the last six years.

Sagay stated that the National Assembly should have no business with constituency projects, claiming it is an avenue for corruption and embezzlement.

He said, “I have always been opposed to constituency projects because first, National Assembly should not be involved in projects at all. So, it is an invasion of the executive sphere. It is just how to lay their hands on more money. That is the whole idea.

“But we have the Independent Corrupt Practices and other related offences Commission that is up to the task. So, if they take the money, the ICPC will monitor them. Many of them have been taken to court, either for not utilizing the funds properly or misapplying them.

“For example, money that is meant for medical equipment was diverted to the house of a legislator. Same for some farm machines in an attempt to either covert the money or misuse it. So, now that the ICPC is on their trail, they will find it difficult to engage in this adventure of trying to involve themselves in the executive duty of awarding contracts and construction of infrastructure.”

Sagay, however, stated that the National Assembly could blackmail and frustrate the executive if the President refused to set aside funds for constituency projects in the budget.

“It is a Nigeria thing, it is unconstitutional, it is illegal but we do it because they are blackmailing the executive that ‘if you don’t give it to us, we will not approve any other thing you bring into the budget.’ But thank God the ICPC is on their trail,” Sagay added.