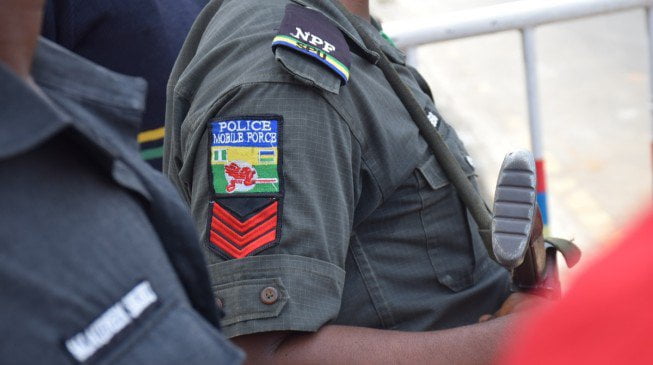 One Samuel Jacob has been dragged before a Badagry Magistrates’ Court for assaulting an officer of the Nigeria Police Force.

The 29-year-old man allegedly descended on one Sgt Musa Hassan, and bit his index finger.

Although the origin of the incident was not mentioned, it was reported that Jacob severely wounded the police officer.

The Prosecution Counsel, ASP. Clement Okuiomose told the court that the defendant committed the offense on October 3, at about 11:30 a.m at Oloko, Badagry area of Lagos.

The offence, the prosecution said, contravened the provisions of sections 246 and 174 of the Criminal Law of Lagos State, 2015.

The defendant pleaded not guilty to the charge. The Chief Magistrate, Mr Fadaunsi Adefioye, admitted the defendant to bail in the sum of N200,000 with two sureties in like sum while he adjourned the case until November 11 for mention.

In another news, the National Drugs Law Enforcement Agency, NDLEA, said it arrested some government officials, including a police officer, an immigration officer, and others for peddling illicit drugs.

According to the agency, it recently arrested no fewer than 137 suspected drugs traffickers, abusers in Jigawa State.

Naija News reports that the State NDLEA Commandant, Hajiya Maryam Sani, who made the disclosure while parading the suspects at the Agency’s headquarters in Dutse, the State capital, said the suspects were arrested in two weeks of joint operations.