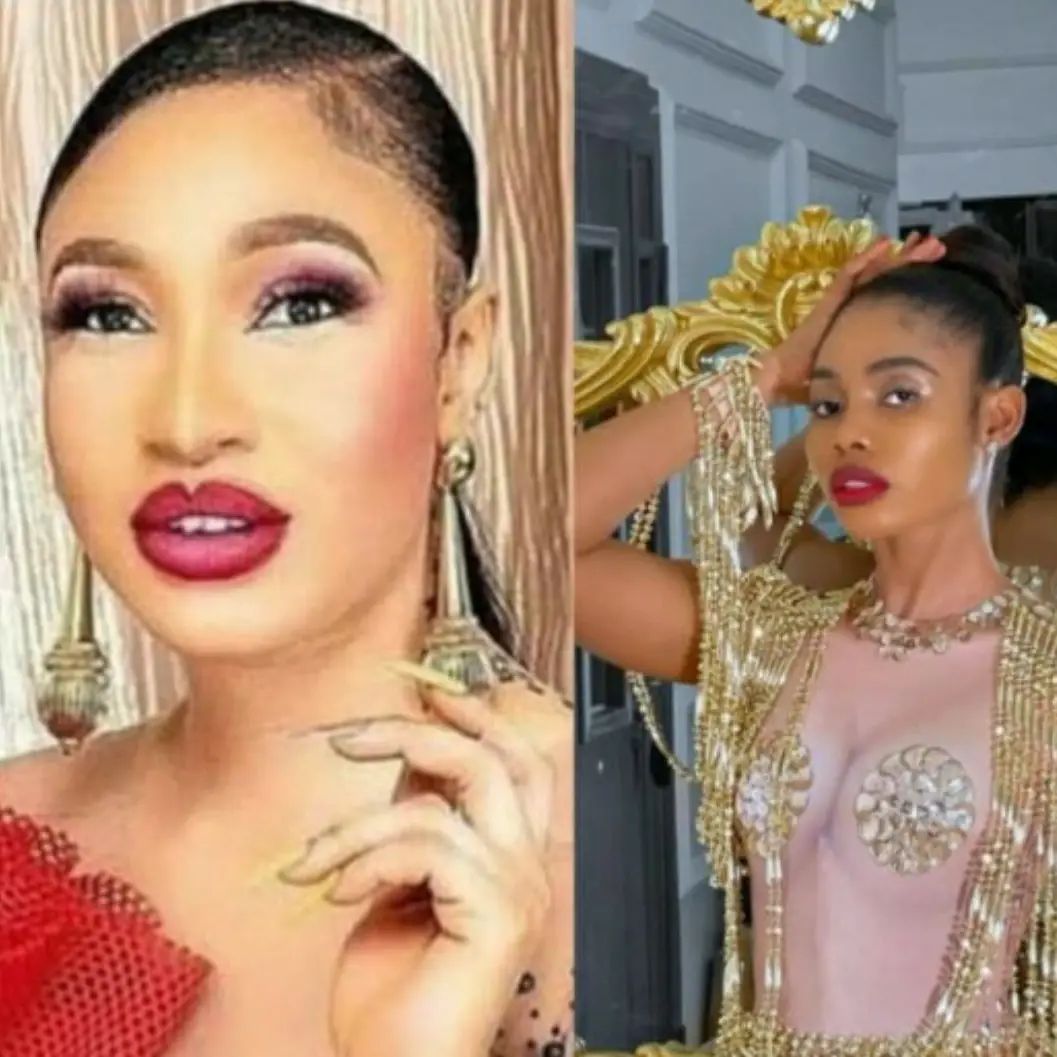 Dancer and social media influencer, Usiwo Orezimena Jane also known as Janemena has filed a lawsuit against Nollywood actress, Tonto Dikeh on the grounds of cyber stalking and criminal defamation of her character.

Naija News recalls that during the relationship scandal between Prince Kpokpogri and Tonto Dikeh, the Nollywood actress had alleged that her former lover was in possession of various sex tapes of different celebrities and one of them was that of his ex-lover Janemena.

In response to Tonto’s allegation, Jane had posted a cryptic message on Instagram by uploading a beautiful picture of herself with the location listed as ‘sex tape records.’

Prince Kpopkpogri had also asked Tonto to keep his ex out of their issues as he and Janemena were simply friends.

In the latest developments, Janemena has however filed a lawsuit against Tonto stating that Tonto’s claims were damaging to her reputation.

The petition read in part: “These malicious publications and in the context in which it was made, meant and Janemena understood it to mean the following amongst other things:

“Janemena who is a married woman had and is still having an amorous or sexual relationship with Prince Kpokpogri (referred to in the publications as Joseph Egbri) who is not Jamena’s husband. 2. Janemena is cheating on her lawful husband. 3. Janemena has sex tapes. 4. Janemena distributes sex tapes. 5. Janemena’s sex tapes (old and very recent ones) are in possession of PRINCE KPOKPOGRI (Joseph Egbri) with which he will use to blackmail our client any moment from now.” the petition read in part.

The petition also states that ‘‘the reckless and ill-motivated publications have brought Janemena to public ridicule, odium, and opprobrium in the comity of Isoko women, her business associates, friends, members of her family.”

Janemena demanded that Tonto Dikeh retract her statement and publish her retraction in four Nigerian dailies while also demanding a sum of five hundred million naira as exemplary damages for the malicious publication.