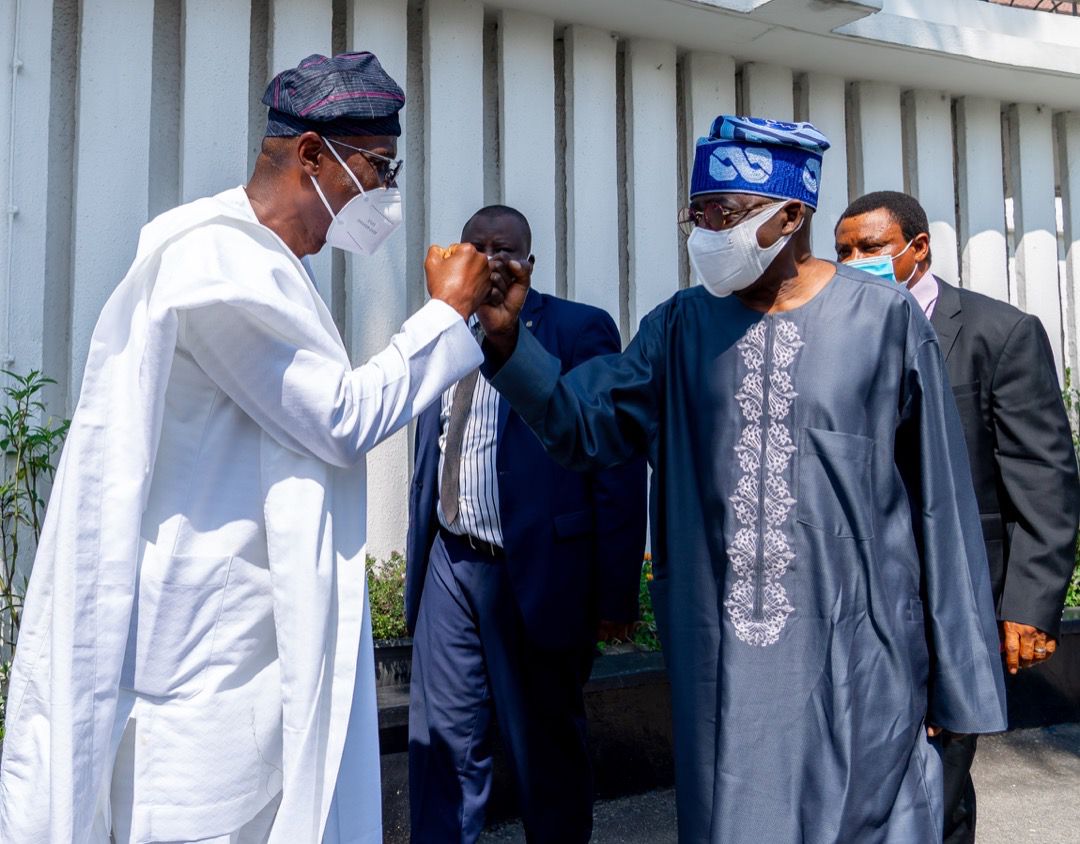 The Governor of Lagos State, Babajide Sanwo-Olu has declared that the National Leader of the All Progressives Congress (APC), Asiwaju Bola Tinubu has returned with health and stronger vigour for the 2023 elections.

Sanwo-Olu made the submission on Sunday in Lagos during the special event designed to welcome Tinubu back to Nigeria from London, UK.

According to the Lagos Governor, Tinubu is reinvigorated to tackle the next political moves, adding that those who wished the APC leader evil have been disappointed.

He made the submission amidst growing speculations that Tinubu is nursing the idea of contesting the 2023 presidential election in Nigeria.

Sanwo-Olu however stopped short of confirming such plans, only talking generally on the readiness of the Bourdillon chief to pursue his next political moves with energy, strength and vigour.

In his words, “We give glory to God who brought you (Tinubu) back with sound health and stronger vigour.

“We give praises to God that the intention of evil-minded people who spread malicious rumour against our leader did not materialise.

”This event shows Asiwaju is healthy and possesses more energy to embark on his next move in politics.”

Naija News recalls Tinubu had been in London for about three months where he underwent surgery on his right knee and post-surgery physiotherapy.

He returned to Nigeria on Saturday and a welcome back event was organized for him on Sunday.

Meanwhile, popular lawmaker and businessman, Shina Peller has debunked reports that he spoke against the 2023 presidential ambition of Asiwaju Bola Tinubu.

The lawmaker in a statement on Sunday said he was quoted out of context by some platforms saying he is against the presidential ambition of the All Progressives Congress (APC) National Leader.

Peller, who represents Iseyin/Itesiwaju/ Kajola/Iwajowa federal constituency of Oyo State in the House of Representatives submitted that he only demanded a fair and just process in choosing the candidate of the party.

He added that Tinubu remains a political father to him and they enjoy a good relationship, hence he has no reason to speak against the APC leader’s presidential ambition.