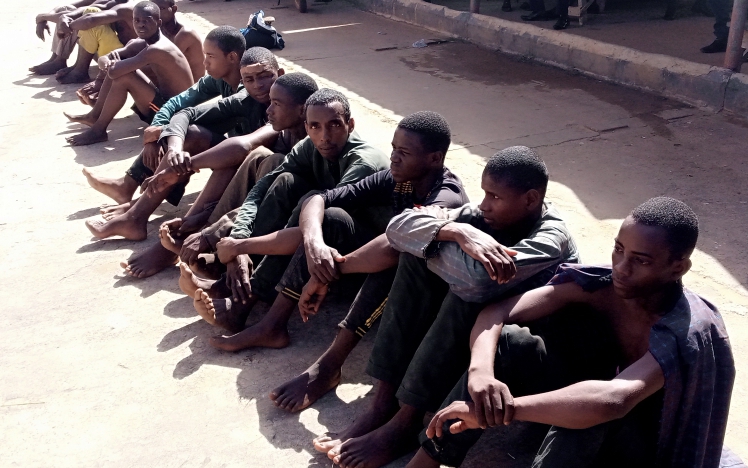 No fewer than eleven persons have been arrested in Sokoto State over their alleged involvement in banditry and cattle rustling in the state.

Naija News reports that the suspects were apprehended by operatives of the Nigeria Security and Civil Defence Corps (NSCDC).

The state agency’s commandant, Muhammad Dada, while confirming the arrest of the suspects, said they have all confessed to the crimes against them.

Dada explained that the suspects were nabbed in conjunction with a vigilante group of Wurno Local Government Area of Sokoto.

He said: “This development led us to the arrest of seven suspected cattle rustlers identified to belong to a team of bandits terrorising Tureta, Dange/Shuni and Rabah axis of the state.

“Among the suspects is one Alti Shehu, 25, who some years back was arrested by the command, prosecuted in court and sentenced to a term in prison.”

“44 rustled cows were recovered from the suspects and are presently secured in the custody of Wurno council,” he said.

Naija News understands that the command had succeeded in arresting Muhammadu Aminu and Buba Garba, who confessed to being involved in kidnapping and banditry activities in the state.

“They have admitted in their confessional statement that they were involved in series of kidnappings and killings of innocent people.

“Unfortunately, the sad part of the whole issue is that after an operation they are given an allowance of only N10, 000 per operation,” he said.

Dada said that operatives of the command also succeeded in arresting Umar Sanda and Nura Bello, who are suspected bandits informants and food suppliers.

He added that investigation on the suspects was ongoing and upon conclusion, the men would be charged to court.