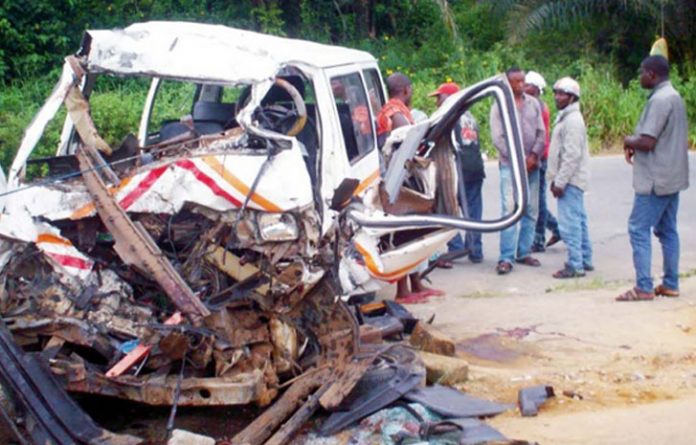 At least 18 people have lost their lives and others injured in a tragic accident that occurred on Saturday along the Iseyin-Moniya road in Oyo State.

Naija News learned that the accident Had occured after two buses had a head-on collision at a sharp bend along the road.

It was gathered that the 65km road was recently rehabilitated and commissioned by the Oyo government in June 2021.

Meanwhile, no fewer than twenty people have been reportedly killed again in Sokoto State by gunmen suspected to be bandits.

It was learned that the attack was carried out on a market at Ungwan Lalle in the Sabon Birni Local Government Area of the state.

The terrorists were said to have stormed the market in their large numbers shooting sporadically. A former council Chairman of Sabon Birni Local Government, Abdullahi Tsamaye, who confirmed the incident to newsmen, said vehicles and valuable properties were set ablaze by the assailants.

He disclosed that the incident occurred around 5:00 pm on Friday. Tsamaye testified that people who were injured during the attack are currently receiving treatment at the General Hospital, Sabon Birni.

The Punch reports that those with life-threatening injuries were taken to the state capital for proper treatment. Also confirming the fresh attack, the Special Assistant to the Minister for Police Affairs, Idris Gobir, said about 22 people died in the attack including traders from Sokoto town who were in the village for business transactions.

Gobir added that about 35 people were currently in various hospitals receiving treatment for the injuries sustained during the attack.