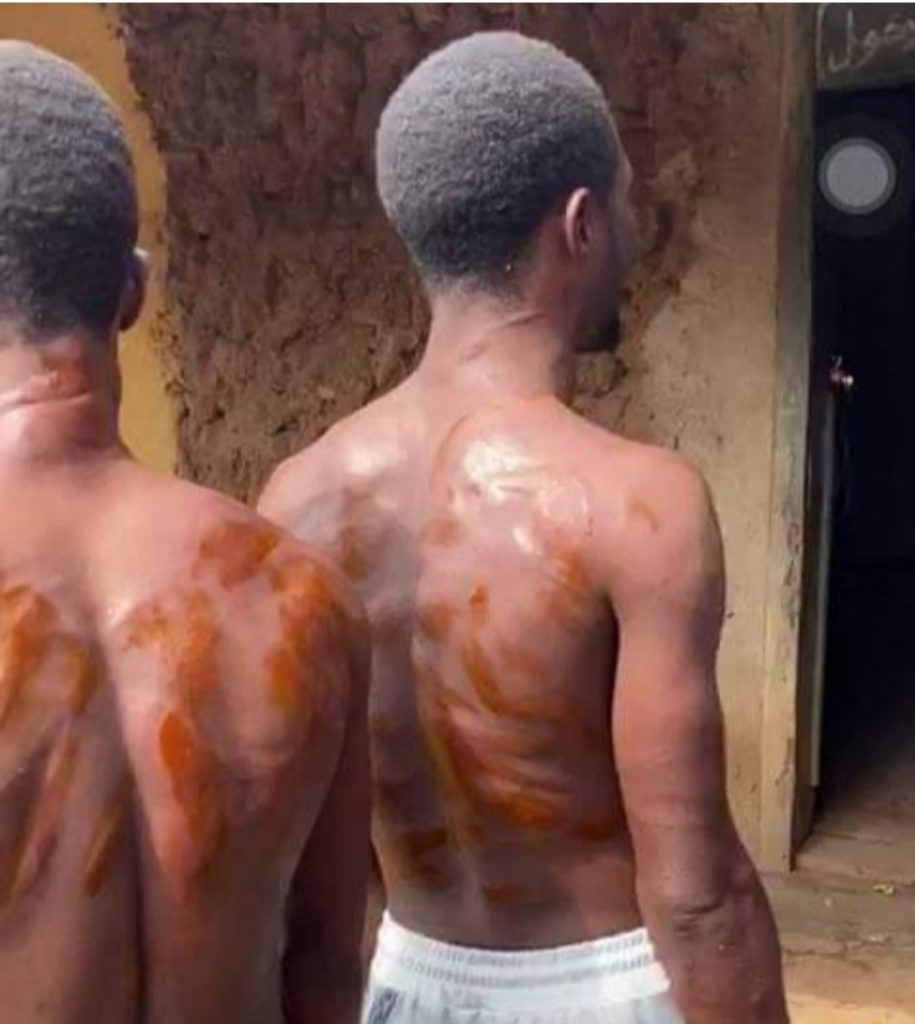 An Islamic cleric in Musbaudeen Al Islamy Arabic School, Ganmo, in Kwara State has justified the brutalization of some students of the Arabic school.

Five male and female students of the Islamic school were flogged by their senior colleagues in viral videos on the internet.

The development has stirred reaction online, as some people have called for legal actions to be taken in respect to the issue.

A cleric of the school while reacting to the incident said flogging of the students is in accordance with Islamic teachings.

He further stated that the parents of the affected students approved the severe flogging.

The cleric said, “Some parents called us, blaming us that we were not looking after their children who are kept under our care. They said we should check social media.

“We saw them in a club pouring Trophy beer on one of them to celebrate his birthday. In fact, a lady was with them and they were hugging her.

“This saddened us, especially with what their parents said against us. That’s why we gave them that kind of punishment.

“Those who are drinkers may not see anything bad what these children did. But to us, it’s very bad. We punished some four days ago and others three days ago. We don’t usually flog them. But their parents called us and some have assured us that they would stand with us to any length.”