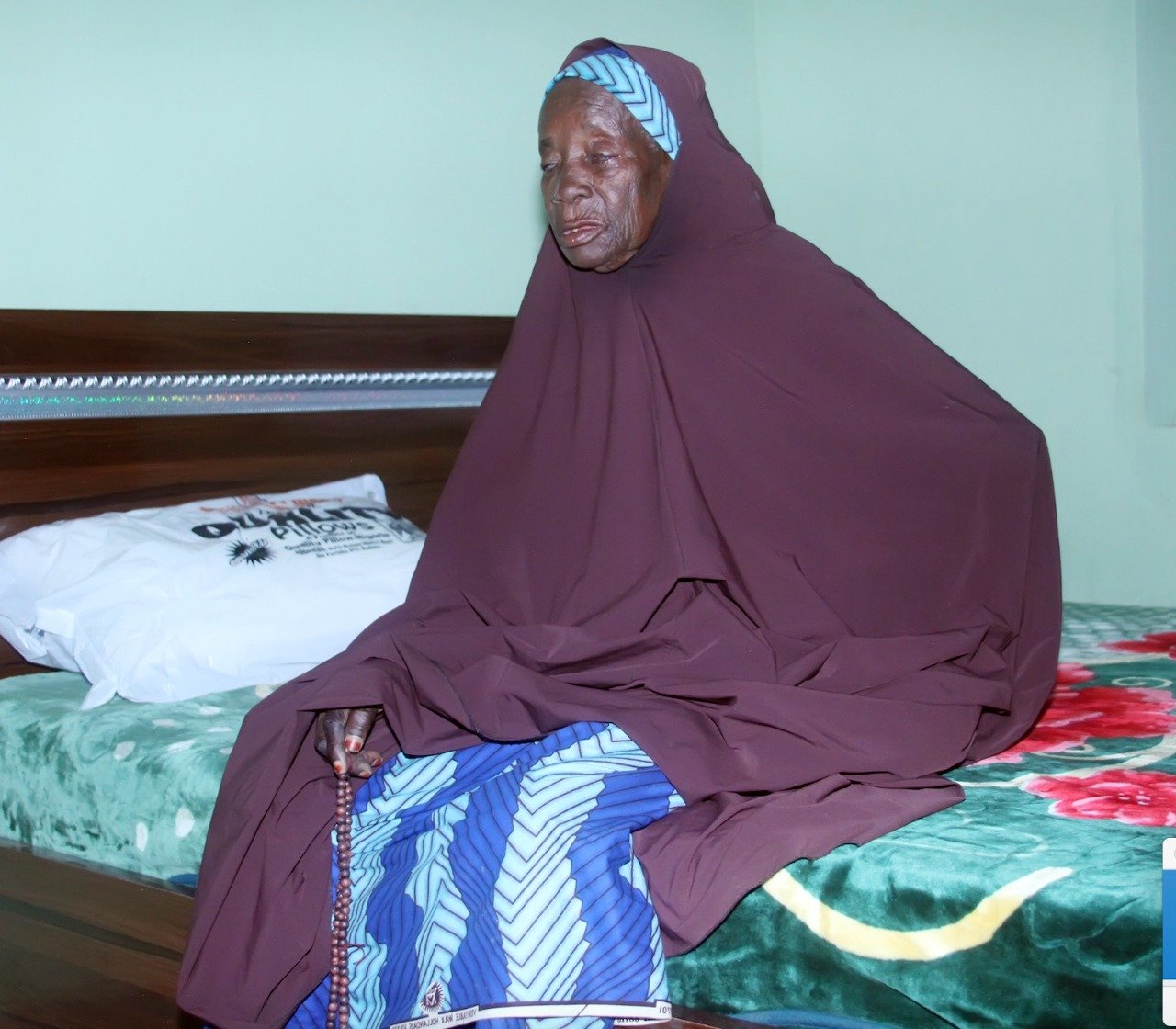 Reports reaching us at Naija News revealed that the highly praised singer in the Northern region of the country died on Friday evening at the age of 86.

Dambatta gave up the ghost after suffering from a brief illness at her home in Dambatta, Kano State. Naija News understands that the entertainer who became blind at some points rose to stardom in the 1970s to 1980s.

She also often condemn social vices, among others.

In the year 2019, a development worker, Alhaji Musa Abdullahi Sufi, had promised to rehabilitate Mallama Magajiya Dambatta, and her then ‘wretched’ living condition.

Dambatta, Naija News understands, had begged for alms to survive at Makoda village in Kano where she lives.

Responding to her pleas, Alh. Sufi promised the singer that he will rebuild her dilapidated house and also provide her with food provisions and clothes, among other essential needs.

Sufi, a generous philanthropist, made the pledges to Jaafar Jaafar of Daily Nigerian, a popular online medium in Abuja.

In another news, Nigerian OAP, Ifedayo Olarinde, popularly known as Daddy Freeze, educated men of the Nigerian army on how they should have treated Nollywood actor, Chiwetalu Agu.

Naija News had reported earlier that the veteran actor was harassed by soldiers for wearing an outfit with colours of the Biafran flag.

The incident happened at the Upper Iweka area of Anambra state on Thursday. Agu was stopped while driving his bus and forced out of the vehicle for ‘interrogation’.

Reacting to the manhandling of the actor following his release on Friday, Daddy Freeze said it would have been nice if the soldiers had only stopped Agu, take some pictures with him to celebrate his status, and then put a disclaimer to the Biafra agitation.