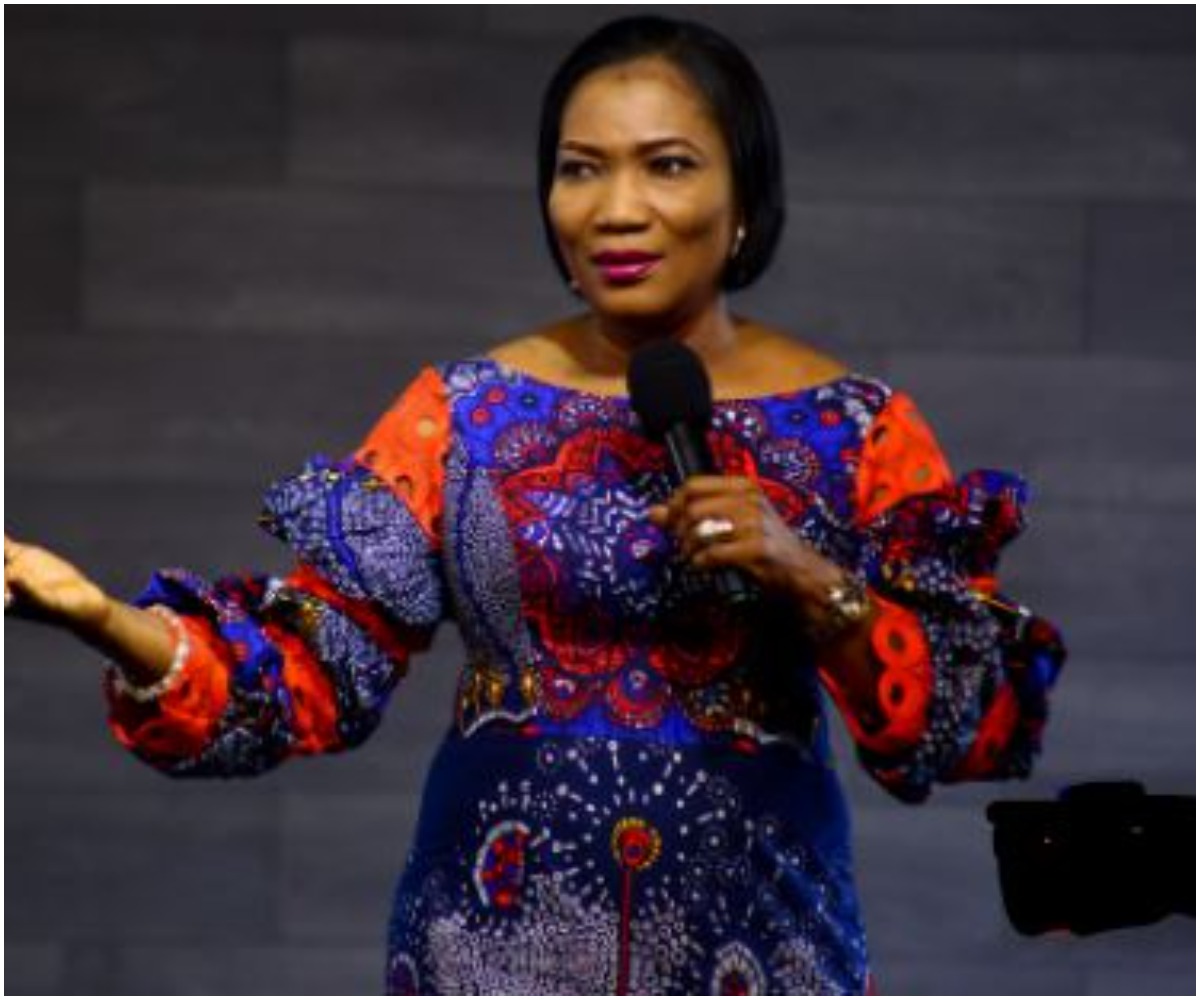 Nigerian evangelist, Rev. Funke Felix-Adejumo, has queried married men who do not appreciate their wives after having intercourse with them.

According to Rev. Funke during a mid-week sermon at Agape Christian Ministries, which is headquartered in Akure, Ondo State talked about ingratitude and how it has hindered so many people from getting their deserved blessings.

Speaking further, she queried married men who never show appreciation to their wives, requiring when last they have thanked their wives for marrying them. She also noted that such attitude from men makes them frigid and not excited about s3x.

In her own words, she said; “Ingratitude is a killer And you know it’s so disturbing that some people show it not only to God but to men.

“When a woman gives her body to you, it’s a lot. Don’t tell me we enjoy it together. To a woman, s3x is more than pleasure. what did you do after s3x? Sleep? and then you wonder why your wife is frigid and why she is not excited about your s3x life.”