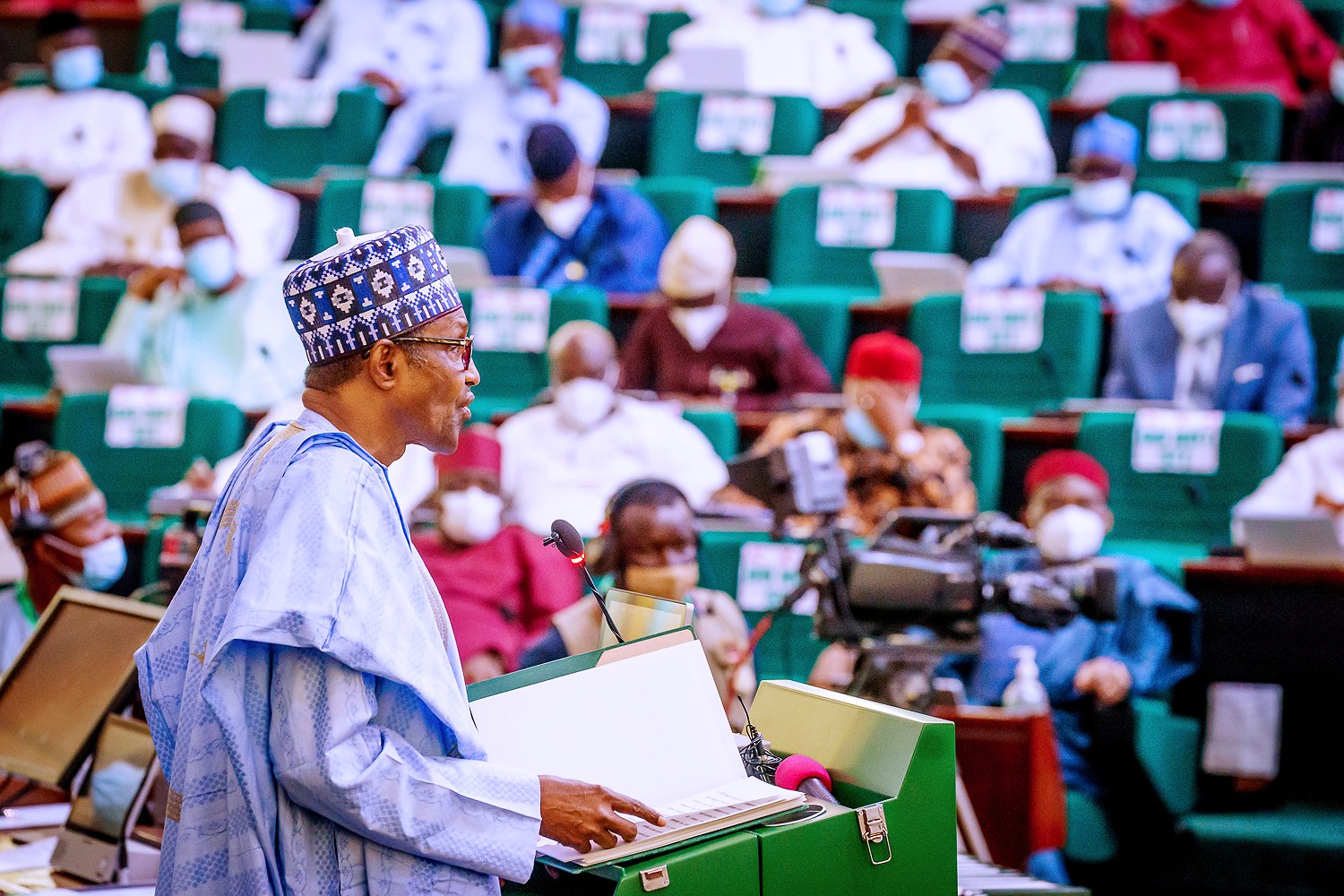 The Coalition of United Political Parties(CUPP) has revealed what Buhari and APC Plans to use the 2022 budget for.

In a statement released by the spokesperson of the CUPP, Ikenga Imo Ugochinyere, the coalition claimed that the budget was filled with projects that have been recurring since 2016 and the government keeps collecting funds for them and never completing them.

They cited projects such as Lagos-Ibadan Expressway, Abuja-Kano Expressway, East-West Road, 2nd Niger Bridge and questioned why funds were still being channeled into these projects.

The coalition went ahead to reveal that the budget is actually meant to fund the ruling party 2023 presidential election while also condemning the National Assembly for their speedy approval towards the president budget.

The group demanded that the National assembly critically analyse a budget before approving.

The statement reads: “The year budget, yet he did not include in the budget, items that would leave him with a lasting legacy.

“Recurrent expenditures and capital expenses like purchase of cars, computers, and accessories, and other unnecessary and white elephant projects are all in the budget; the ruling party will use the budget to fund their 2023 election campaigns.

“An N16.39trillion budget contains Debt service of N3.61trillion, non-debt recurrent costs of N6.83trillion while there is the only capital expenditure of N5.35trillion.

“New borrowings in the budget total N5.01trillion with an extra N1.16trillion drawdowns on loans secured for specific projects. This is the highlight of the uninspiring speech of the President as it cannot add any productive value to the economy.

“Furthermore, a close look at the speech will show Nigerians that President Buhari has been perpetually funding the same set of projects without ever completing them.

“Nigerians should please ask President Buhari; when will these projects, which have been in the budgets since 2016, be completed?

“All these were without critical analysis on the impact of their approvals on the people they represent. Nigerians are hereby called upon to bear yet again another year of suffering but have hope that when the opposition takes over, Nigeria will get back on its feet.”

Naija News recalls that the Ministry of Finance, Zainab Ahmed said that internal revenue was not enough for the country to function and the country could only retain it’s functional position if borrowed funds were poured into the economy.

Buhari has also said that the money borrowed will help in lifting the country from recession.