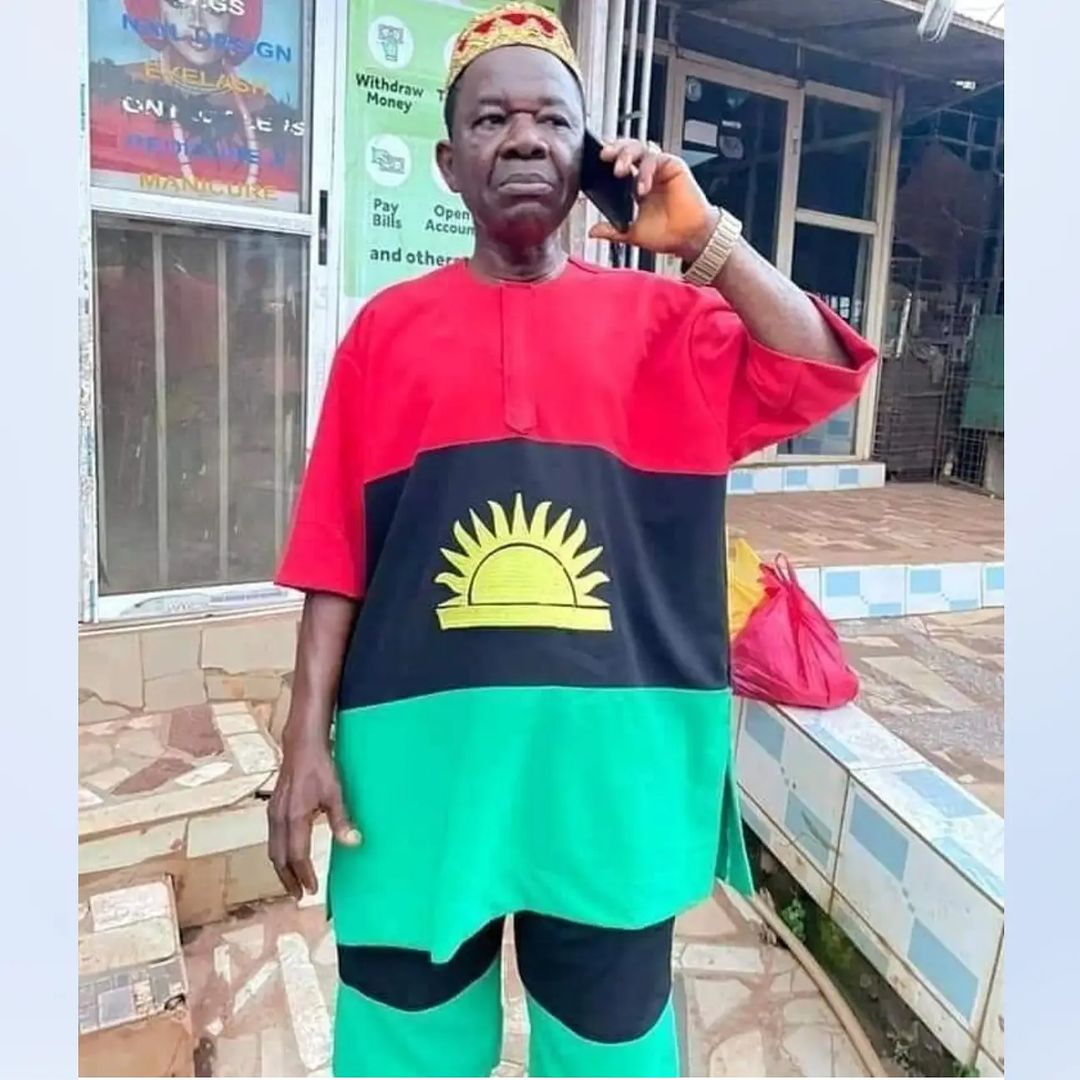 Veteran Nollywood Actor, Chiwetalu Agu has reportedly been released from the custody of the Nigerian Army in Enugu State.

Popular actress, Chizzy Alichi, who made this known via her Instagram page on Friday, said Agu is safe and sound.

It was gathered that the Nigerian soldiers had stopped the Nollywood actor, brought him out of his vehicle for interrogation.

However, the Nigerian Army released a statement saying that the veteran actor was not harmed in any way and his rights have not been infringed on.

The Army stated the reason for his arrest was that he was encouraging the public to join Biafra.

Reacting to the allegation, Agu refuted the claim that his attire does not represent Biafra or Eastern Security Network and pointed to the sun symbol emboldened on the cloth saying it was simply a representation of the rising sun.

He also added that he was sharing bread at Upper Iweka when he was taken away, dismissing the claim that he was campaigning for Biafra.

This online news platform recall that Chinwetalu Agu had recently rocked the Biafra flag attire in a post on social media.

The photos of the 65-year-old actor in half of a yellow sun outfit has stirred reactions as fans expressed fear for his safety, warning the authorities that nothing should happen to him for expressing his right.

The Federal Government had banned the flying of the Biafra flag in the southeast following the now-violent agitations by the outlawed Indigenous People of Biafra, IPOB.