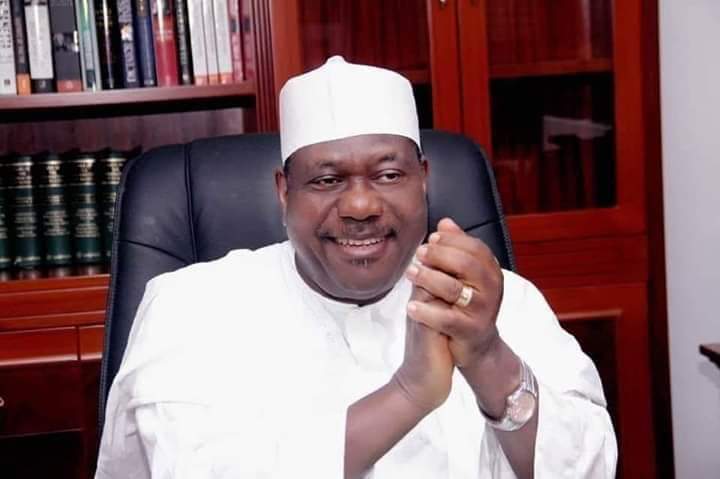 The Minister of Special Duties and Inter-Governmental Affairs, George Akume, has stated his interest in contesting for the All Progressives Congress (APC) National Chairmanship position.

Akume, a former governor of Benue State, made this known on Thursday in Abuja when he received members of the Middlebelt Youth Vanguard who paid him a courtesy visit.

He said his major concern was for the APC chairmanship position to be zoned to the North-central, adding that the position should not be seen as a do-or-die affair by contenders.

“We are still going on with our state congresses, after that it will be the National Convention. Our prayer is that let this position be zoned to the North-Central.

“I have not declared, but after appropriate consultations and the zoning, we will do the needful. When that occasion arises I will be depending on you. Whoever gets your support is close to getting the victory.

“Also in our zone, we are all committed that whoever emerges will get the support of all of us. It is not a do-or-die affair,” Akume said.

He said the President Muhammadu Buhari-led Federal Government was committed to youth development as demonstrated in the signing of the Not-Too-Young-To-Run Act.

Akume added that this was also demonstrated in other youth-focused programmes being implemented by the administration.

The minister said the administration was committed to the development of the country through infrastructure especially road and rail projects.

He noted that in spite of obvious challenges, the country has done well under the Buhari-led administration, saying that what was needed was the support of Nigerians for it to do more.

Akume thanked the group for the visit and urged members to continue to use the platform to pursue things that unite the region and Nigeria, rather than things that sought to create division in the country.