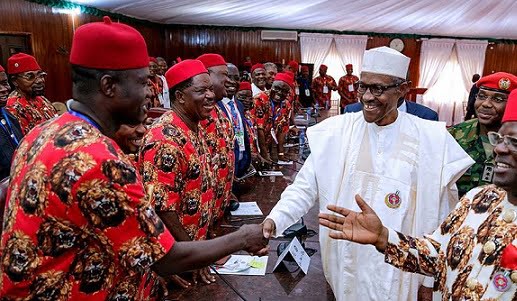 The Special Adviser to Governor Babajide Sanwo-Olu of Lagos State on Drainage, Joe Igbokwe, has called on Igbos to build bridges ahead of the 2023 election.

The government aide stated that Igbos must drop agitations for Biafra if they want to be taken seriously.

The 65-year-old told PUNCH on Thursday that disclosed that President Muhammadu Buhari had to build bridges with the southwest through Bola Tinubu before he could win the 2015 election.

Joe Igbokwe said, “If you want other Nigerians to vote for you, then you have to count how many bridges that you have built; bridges of understanding, bridges of communication, bridges of friendship.

“I want to see your bridges and you want them to vote for you? Nobody is going to vote for somebody who will use that position to divide Nigeria.

“You cannot be talking about secession and talking about producing the President of Nigeria. We need to settle the issue first; we need to say, ‘Look, we have given up this demand for Biafra, grant us justice’.

“Today, Asiwaju (Bola Tinubu) is in the saddle. How did Buhari become the President of Nigeria? It was Asiwaju that wooed him in 2013 with Tony Momoh, with Baba Akande and they went to Daura to meet Buhari.

“They went there to build a bridge and the rest is now history and that was how Buhari that had lost hope became the President of Nigeria.

“Somebody connected, somebody had sleepless nights, somebody trusted.

“Drop your arms first and enter planes or luxurious buses to South-West and pledge your loyalty to the Federal Republic of Nigeria, that, ‘Look, we have been able to settle issues in our home, we need to be President, we have not been President since after the civil war.

“Once you have settled that you have dropped this agitation, that you are part and parcel of Nigeria and we see it in your action and deeds, I am not talking about myself but other Nigerians because the issue now is trust – we (Easterners) cannot be trusted. Even with the happenings in the South-East, our leaders are playing politics with it.”