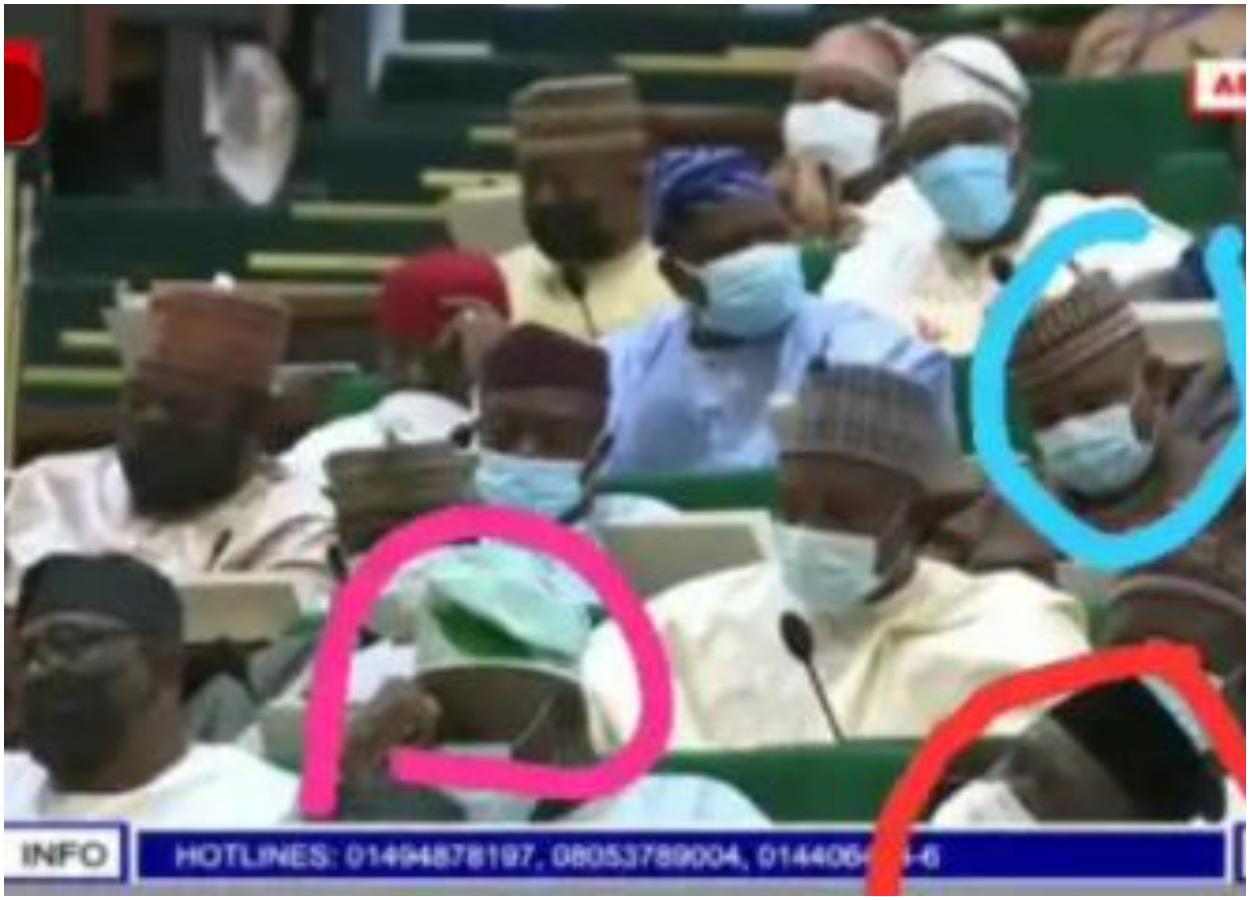 The video of multiple lawmakers caught on camera dozing off during President Muhammadu Buhari’s presentation of the 2022 appropriation bill to the National Assembly on Thursday has stirred reactions on social media.

In a live video presentation broadcasted by Channels Television and monitored by FIJ, no fewer than three lawmakers were caught sleeping on duty.

However, the identity of the lawmakers has not been obtained due to the mandatory mask worn by all attendees.

Naija News earlier reports that Buhari submitted a N16.39 trillion 2022 budget proposal to the joint session of the Nigerian Senate and House of Representatives for consideration. This includes appropriations for government enterprises.

With a crude oil benchmark price of $57 per barrel and a daily oil production estimate of 1.88 million barrels per day, the proposed total expenditure for the coming year is put at N16.39 trillion.

ecolime wrote; “Presentation from a boring old man to the worst assembly in the history of Nigeria. So, what do we expect?” They should rubber stamp it as usual.

ATEAMS wrote; “They still get paid and would still be hailed as honourable members regardless…”

drizslim wrote; ‘‘On Judgement day the Angels will be found sleeping during buhari judging hours”

DropsMic wrote; “We are not patriotic enough to run our own countries… But let’s just continue deceiving ourselves.”