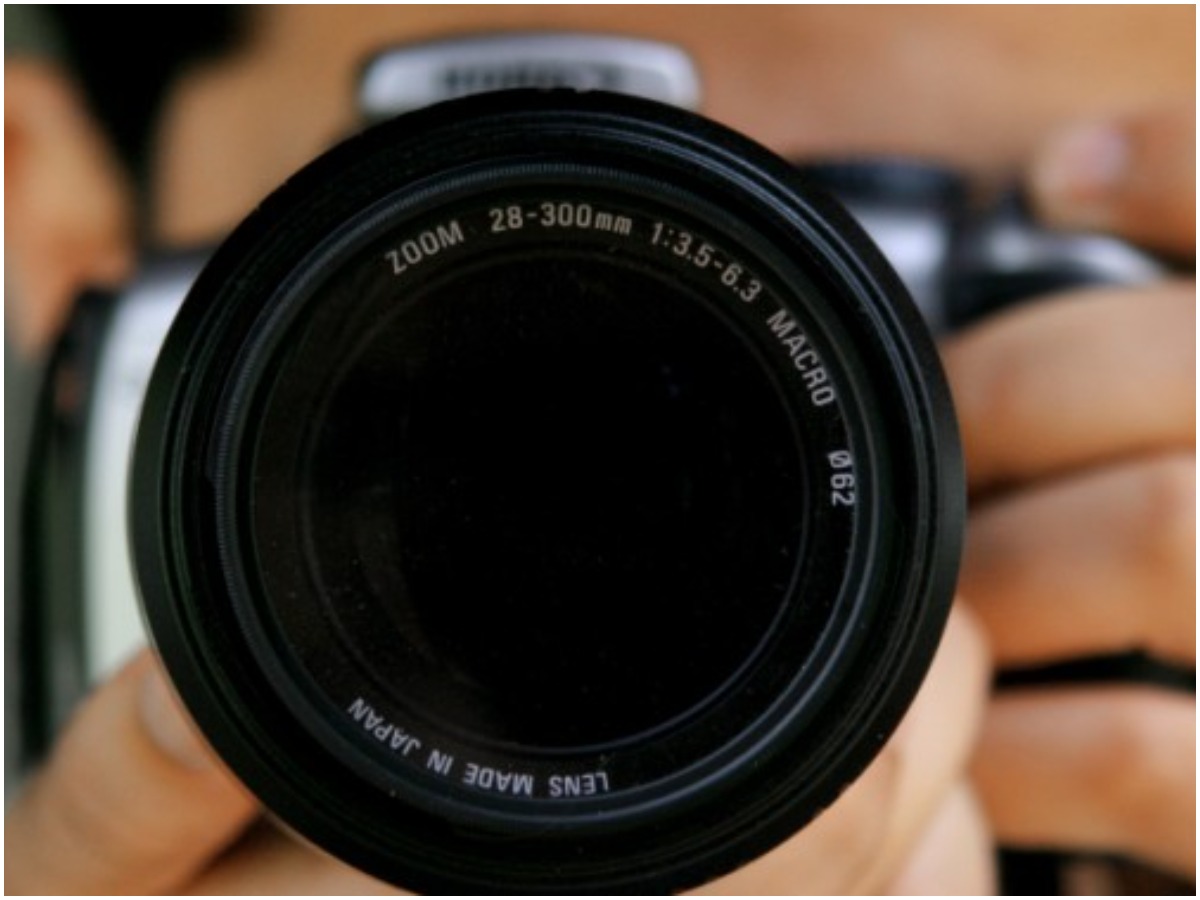 A wedding photographer has allegedly deleted a couple’s wedding photos after they reportedly refused to let him eat at the wedding.

According to the hungry photographer, who took to Reddit to explain that he was a friend of the groom and they had approached to take pics at their wedding so that they could save on costs. “it’s ‘my thing’ if that makes sense,” he said.

The anonymous photographer further explained that he was following the bride around all day with no time to eat or drink, and when it came time for the wedding party to sit down, there was no spot for him, no bar, and he was not allowed to leave to get food.

Speaking about the incident, a beautician who was a guest at the wedding gave more insight as she narrates what really transpired between the couple and the photographer.

She said; “the photographer was a friend of the groom doing a favour for 250 dollars and after 10 hours working, the groom told him that if he wanted to stop taking photos to eat/drink he wouldn’t pay him. So he deleted the pictures and dipped.” 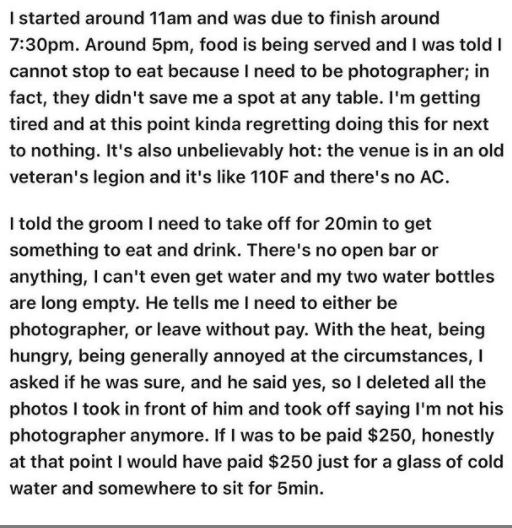