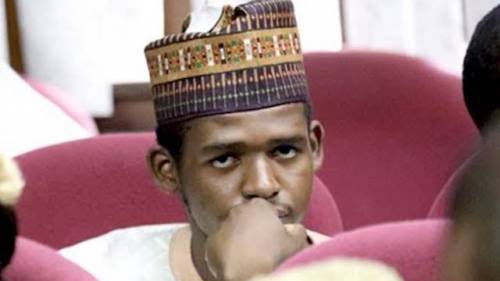 Faisal Maina, the son of the former Chairman of the defunct Pension Reformed Taskforce Team, Abdulrasheed Maina, has been sentenced to 14 years in prison.

Naija News reports that the Federal High Court in Abuja sentenced Faisal to fourteen years in prison for pension fraud on Thursday.

Justice Okon Abang delivered the ruling in the suit filed by the Federal Governor against Faisal Abdulrasheed Maina on money laundering charges.

Recall that Faisal had refused to attend his trial since November 24, 2020, after jumping bail and allegedly fleeing to the United States through Niger Republic.

Ruling on Thursday on count one, Justice Abang jailed Faisal for five years. In count two, he was sentenced to 14 years imprisonment with effect from today.

Faisal was also ordered to return to the Federal Government, the sum of N58.1m and the company used, to wind up.

While sentencing him to five years for count three, Justice Abang stated that the terms would run concurrently.

Justice Abang further ordered the Federal Government to arrest Faisal wherever he is found in Nigeria and commit him to a correctional Center.

However, the judge stated that if arrested outside Nigeria the federal government should lawfully extradite him to face his sentence.