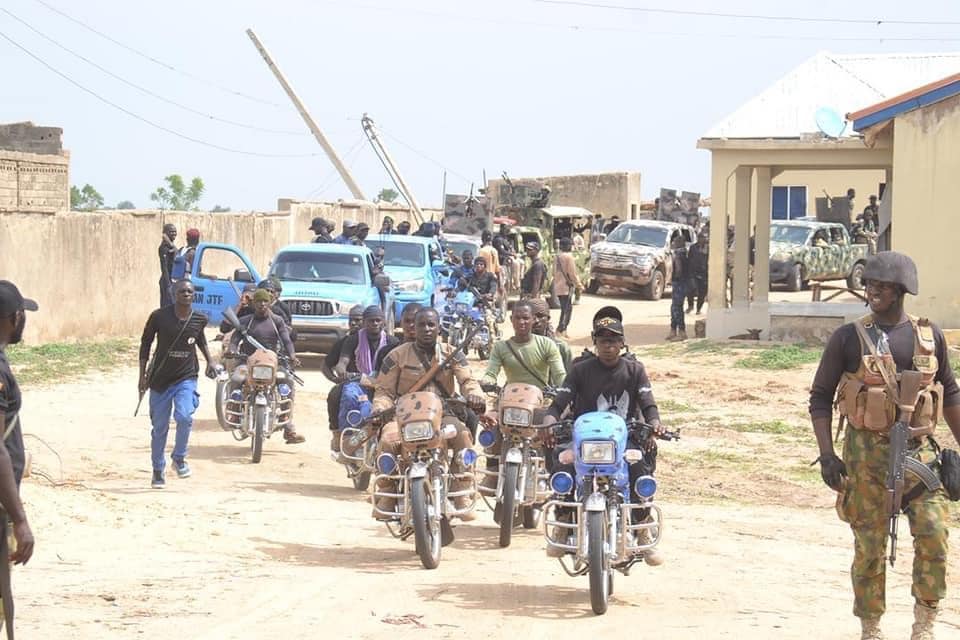 Following a report in a section of the media captioned: “Nigerian Army mandates soldiers visiting families to bring N6,000 torchlight before travelling’’, the Nigerian Army has insisted that it always ensured that troops are properly kitted with supplies and other weapons as much as possible.

He stressed that all essential kits that would aid troops in effectively carrying out assigned tasks were routinely issued and prioritized to troops in the front lines.

According to the Army spokesman, “Leaves and Passes are command’s responsibilities that are taken seriously by the Nigerian Army, especially in operational theatres.

“Personnel who intend to go on Leave or Pass are listed in a roster well ahead of the anticipated time of travel and are usually released without any fuss.

“This is also being strictly implemented and monitored by the Department of Operations at the Army Headquarters.”

Nwachukwu, therefore, argued that it is ridiculous, mischievous, and outright misleading for the Nigerian Army to be accused of mandating soldiers to purchase torchlight for their units before proceeding on Leave or Pass to see their families.

He added that the spurious allegation should therefore be discountenanced by the public as the Chief of Army Staff had since the assumption of command spared no effort at improving the welfare of troops fighting in the frontlines.

The spokesman said that the army remained motivated to achieve the task at hand, which is to decisively curtail the activities of Boko Haram and Islamic State of West Africa Province terrorists in the North-East theatre of operations.

“We equally wish to use this medium to call on media organizations to exhibit professionalism through balanced and fair reportage,” he said.