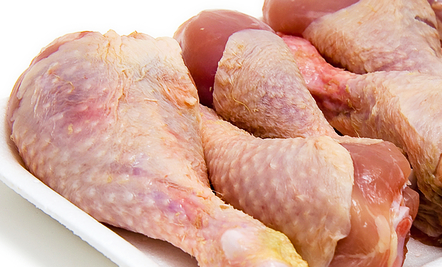 Nigerians have been advised to desist from consuming frozen chickens and turkey imported into Nigeria.

Naija News understands that the advisory was issued on Tuesday by the National Agency for Food and Drug Administration and Control (NAFDAC).

The agency pointed out that these poultry products and some other food items are being preserved with formalin before being imported/smuggled into the country.

Meanwhile, formalin on its own is a chemical used to preserve the human body in mortuaries, hence harmful for human consumption.

Formalin when applied to any frozen products, is capable of preserving such for weeks before they are being sold to consumers.

He said: “NAFDAC is alerting Nigerians to this practice. There are enough poultry products in the country than to resort to frozen chicken smuggled in, despite Federal Government’s ban.”

Jimoh called the attention of consumers to the economic import of patronizing business owners who smuggle poultry products into the country.

He charged Nigerians to patronage indigenous poultry farmers and marketers in other to grow their local market. The NAFDAC spokesman noted that money spent on smuggled products would only go to producers of the products.

The advisory, Naija News understands is coming barely a week after NAFDAC has raised alarm over the use of a poisonous substance by producers and dealers of palm oil.

According to the agency, sellers of palm oil now use Azo dye, a substance well known as Sudan Dye in order to make the product look reddish and attractive to buyers.