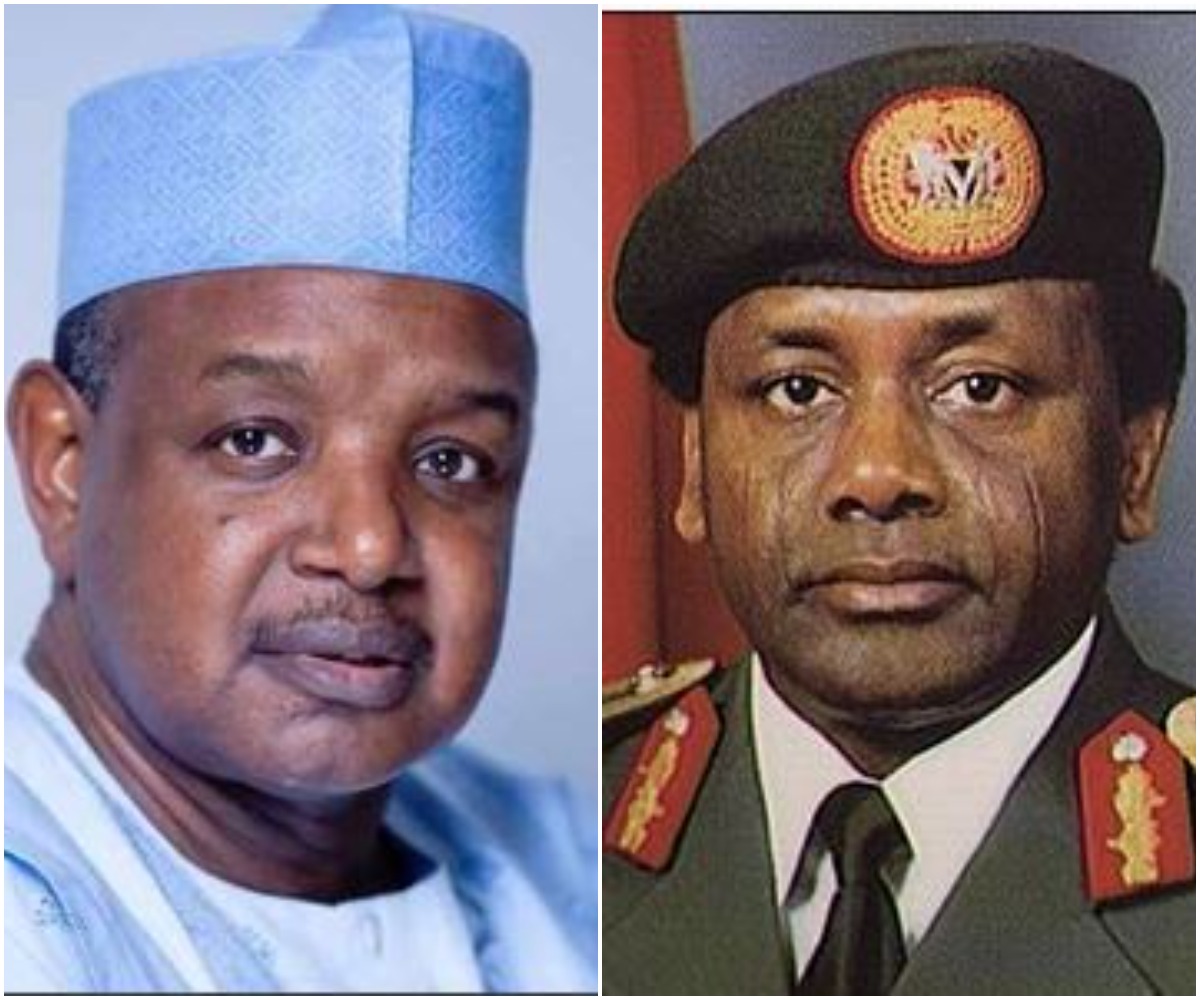 The Governor of Kebbi State and chieftain of the All Progressives Congress, APC, Atiku Abubakar Bagudu has been indicted in the Pandora Papers exposé of helping the General Sani Abacha family steal billions of dollars belonging to Nigeria and hiding them in foreign countries.

Naija News reports that the International Consortium of Investigative Journalists (ICIJ) a nonprofit newsroom and network of journalists centred in Washington, D.C., tagged the Pandora Papers on Sunday laid bare a global entanglement of political power and secretive offshore finances and dealings.

The Pandora Papers investigation uncovered financial secrets, including those of politicians, former and serving public officials, including known and suspected kleptocrats such as  Atiku Bagudu. Involving 11.9 million leaked records, which journalists sifted through for two years, the Pandora Papers project is the biggest collaborative transnational investigation in the history of journalism.

According to the report on Premium Times, eleven years back, Bagudu, then a senator, dispatched a delegation to Singapore in search of a new haven to shelter his controversial wealth, which is a target of ongoing forfeiture proceedings by the United States Department of Justice.

Read the report below:

Investigators say the huge funds, warehoused offshore, is part of billions of dollars Mr Bagudu helped the Sani Abacha family to steal from Nigeria in the 1990s.

Referred by Farrer and Co., a prestigious centuries-old London law firm that has represented the British royal family, Mr Bagudu’s choice of secrecy provider in Singapore was Asiaciti Trust, an entity notorious for helping clients hide behind opaque offshore trusts to launder dirty money across borders.

The Monetary Authority of Singapore, MAS, imposed a fine of one million and a hundred thousand dollars on Asiaciti in July 2020 for “serious breaches” of Anti-Money Laundering and Countering Financing of Terrorism (AML/CFT) regulations between 2007 and 2018.

When on February 23, 2010, Mr Bagudu’s delegation – comprising his brother, Ibrahim Bagudu, and London lawyer, Ben Davies, from Byrne and Partners, now a part of PCB Byrne – met with Asiaciti’s officials, they registered his preference for a new structure of secrecy to oil the flow of his dirty wealth for the benefits of himself and his family.

In 1997, some 13 years earlier, Mr Bagudu had structured offshore holdings Ridley Trust and Ridley Group in notorious tax and secrecy havens, Guernsey and the British Virgin Islands, positioning himself as the unseen but ultimate beneficiary. But in 2010, he wanted to terminate the Ridley structure and transfer his assets into another structure, hence the need for Asiaciti’s service in Singapore.

The reason, according to a 2010 Asiaciti memo, was control. As noted in the memo, Ibrahim told the February 2010 meeting that his brother, Mr Bagudu – “the client” – had become “disillusioned” with institutional and independent trustees (of the Ridley Trust) as they (he and his brother) had no control over their action or inaction and suggested they feared they could lose the hidden assets.

He then insisted that any new trustee arrangements to be erected in Singapore “must ensure that the family cannot lose ‘control’ of the assets.”

In the months that followed, 99 million euros in cash and securities was then transferred from Ridley to a new structure enabled by Asiaciti, which brushed aside red flags about Mr Bagudu’s controversial background and source of his wealth. Asiaciti acted with advice from Farrer and Co. and Byrne and Partners, now a part of PCB Byrne, documents showed.

Mr Bagudu is long known to have played an instrumental role in the Abacha conspiracy to steal and launder billions of dollars belonging to Nigeria. But how he set up complicated structures of secrecy to hide stolen money as well as the role of his enablers, including prestigious British law firms and Serious Organised Crimes Agency (SOCA) the predecessor of the National Crimes Agency (NCA), has never been crystal clear.

As documents showed, Asiaciti helped Mr Bagudu to set up a multi-layered structure with footprints in at least three countries, namely Singapore, Cook Islands, and the United Kingdom. At the head of the structure is Blue Holdings Trust, registered in Cooks Island as a “purpose trust” to “wholly” own a Singapore-incorporated private trust company, Blue PTC Pte Ltd., with Mr Bagudu’s brother, Ibrahim, and an Asiaciti nominee as directors.

Each of the FHIC has an investment account with Waverton Investment Management, formerly JO Hambro Investment Management, and James Hambro and Partners, both London-based firms. Assets kept with the two firms are now frozen, according to U.S. court documents. America has been at the forefront of helping Nigeria recover the Abacha loot, saying that hundreds of millions of dollars stolen were laundered through banks under its jurisdiction.

The beneficiaries of each of the family trusts and the corresponding investments domiciled in London were Mr Bagudu, his wife, seven children, and his brother, Ibrahim.

In September 2010, according to minutes of some meetings we reviewed, a sum of 99 million euros was moved from Ridley through the Blue PTC in Singapore to the investment accounts in London and distributed as follows:

The systematic plunder of Nigeria by the Abacha family as well as the worldwide hunt for the stolen funds, worth billions of dollars, is reckoned to be one of the worst cases of kleptocracy and offshore shenanigans in the world.

Between 1998, when Mr Abacha suddenly died, and 2020, 3.6 billion U.S. dollars have been recovered from the Abacha family and their most prolific bagman, Mr Bagudu, now a governor in Nigeria’s impoverished Kebbi State.

The 163 million U.S. dollars recovery from Jersey in 2003 directly involved Mr Bagudu, who then negotiated a deal with the U.S. and Jersey to return the funds to Nigeria in exchange for Jersey’s withdrawal of an extradition request and his free return to Nigeria. He spent six months in American federal prison in Houston while awaiting extradition to Jersey. The deal to return the $163 million was to avoid that extradition.

Mr Bagudu was involved with all the offshore front companies and bank accounts – from the British Virgin Islands to Ireland, Switzerland, England, Guernsey, and Jersey – used to steal and launder billions of dollars belonging to Nigeria under the Abacha regime as a director, signatory on accounts or prime beneficiary, according to U.S. court documents and incorporation filings from the Pandora Papers leaks.

In stealing the funds, Mr Abacha set up what Africa Confidential described as a “Plunder Machine,” involving his family, officials, and associates such as Mr Bagudu, complemented by established western and local banks and offshore enablers.

In pushing for the forfeiture of stolen funds laundered through the U.S., American investigators said the criminal network used fraudulent schemes to make dirty money, according to court documents.

One was “security vote fraud,” whereby Mr Abacha and his National Security Adviser Ismaila Gwarzo and others were said to have stolen more than two billion U.S. dollars by “fraudulently and falsely representing that the funds were to be used for national security purposes.” Between 1994 and 1998, they were said to have made over 60 false claims of “security emergencies” to withdraw huge funds from the Central Bank of Nigeria, then headed by Paul Ogumah.

“Rather than use the funds for national security purposes, the stolen money was transported out of Nigeria and deposited into accounts controlled by General Abacha’s associates, including Mohammed Abacha and Mr Bagudu,” the court in Washington, D.C. was told.

Other schemes were bribery and a dramatic conspiracy by Mr Abacha’s son, Mohammed, and Mr Bagudu to lend money stolen from Nigeria back to Nigeria “with zero risks and at an enormous profit” by using proceeds of the security vote fraud to purchase hundreds of millions of dollars of U.S. dollar-denominated Nigerian bonds, called Nigerian Par Bonds, NPBs.

As part of the Brady Bond programme of the 1980s, the NPBs were U.S. dollar-denominated securities whose interest payments were guaranteed by the U.S. Treasury. The Brady Bond programme was created to help developing countries – like Nigeria – holding substantial debt to restructure their debt into bonds. Nigeria first offered the NPBs in 1992.

In another scheme, the conspirators were also said to have defrauded Nigeria of more than 282 million U.S. dollars by causing the government to repurchase Nigeria’s own debt from one of their companies for more than double what Nigeria would have paid to repurchase the debt in the open market.

According to American investigators, the initial funding of Mr Bagudu’s Ridley’s account at Credit Agricole Indosuez, London, to the tune of 90 million U.S. dollars in 1998 was from the Par bonds and the debt-buy-back fraud.

The Ridley assets were later transferred to the Blue structure facilitated by Asiaciti and are the outstanding defendant assets being targeted for forfeiture by the United States, court documents showed.

The U.S. filed its forfeiture litigation in 2014. It said, then, the assets held by the Blue holdings, traceable to the old Ridley structure, and domiciled in London investment portfolios held with Waverton and James Hambro, were last valued at a total of 96 million euros.

In a reply to written questions by The Guardian of UK in conjunction with PREMIUM TIMES and ABC of Australia, Nicola Boulton of PCB Byrne, Mr Bagudu’s lawyers said “all monies held by the Blue Trusts are lawfully held,” citing a 2003 settlement between Mr Bagudu and the Nigerian government under then-President Olusegun Obasanjo.

Barely a week after Mr Bagudu’s delegation’s initial visit to Singapore in February 2010, Asiaciti determined that he “has a somewhat controversial background,” making references to his association with the Abacha family and his involvement in “extensive litigation between 2000 and 2006, both criminal investigations and civil claims,” Asiaciti’s internal memo showed.

Despite this determination, as well as the awareness that Mr Bagudu’s had since 2003 admitted to financial irregularities as he agreed to return about 163 million US dollars to Nigeria to avoid extradition to Jersey from the U.S., Asiaciti accepted Mr Bagudu as a client in 2010.

The Monetary Authority of Singapore, MAS, slammed Asiaciti with a fine of one million and a hundred thousand dollars in 2020 for the company’s anti-money laundering and anti-terrorism financing failures between 2007 and 2018, covering the period the company helped Mr Bagudu set up the Blue structure to shelter assets said to have been made from the plunder of Nigeria.

“We maintain a strong compliance programme and each of our offices have passed third-party audits for Anti-Money Laundering & Counter-Financing of Terrorism practices in recent years,” Asiaciti said in a written reply to ICIJ over the Pandora Papers. “However, no compliance programme is infallible – and when an issue is identified, we take necessary steps with regard to the client engagement and make the appropriate notifications to regulatory agencies.”