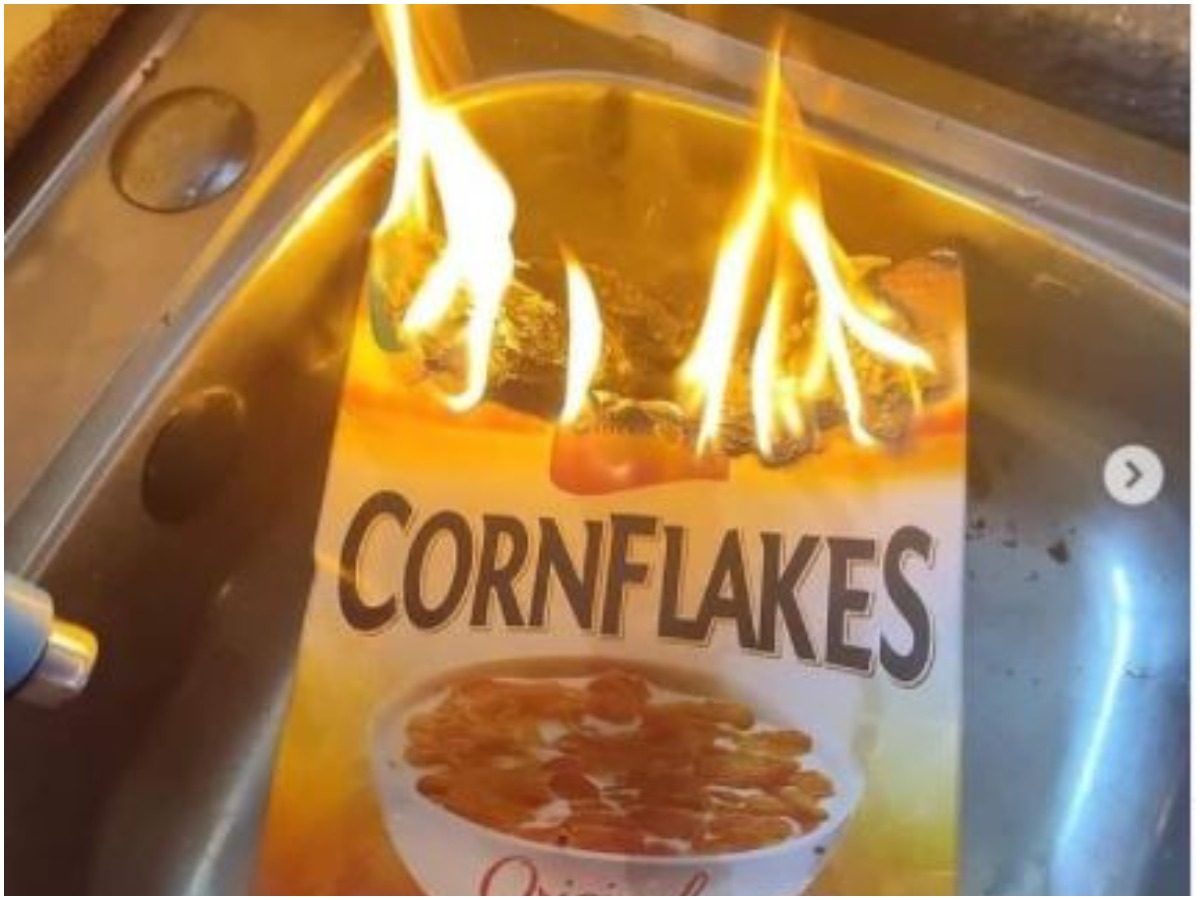 According to Nigerian journalist, David Hundeyin, who carried out the investigative report, for West Africa Weekly, these individuals funded the activities of people like Kabiru Sokoto, the mastermind of the Christmas Day bombing of the St Theresa Roman Catholic church on December 25, 2011, in Madalla, Niger State which killed 37 Christians.

Some of the individuals fingered in the report have on numerous occasions been seen with President Muhammadu Buhari.

Reacting to the details of the reports is Dr Olufunmilayo who shared photos of burning NASCO Corn flakes carton captioning it,  “So the Nasco corn flakes we buy may have been the secret funding pipeline for Boko Haram and we never knew it. “I just read this article ad my mouth was wide open the whole time. David Hundeyin outperformed himself on this one This is totally insane”

Other Nigerians also followed suit by sharing photos of their burnt Cornflakes packs, vowing to boycott the brand. 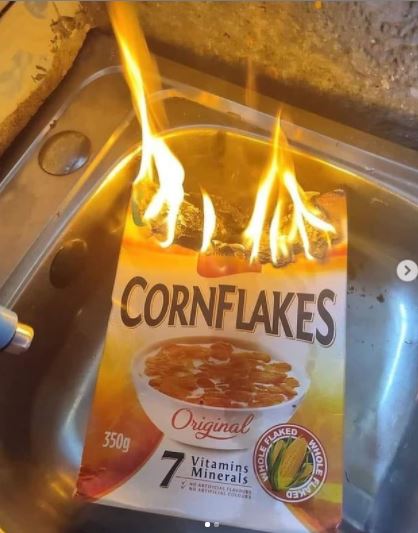 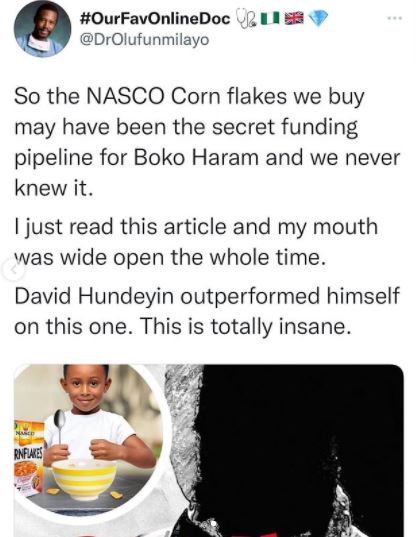