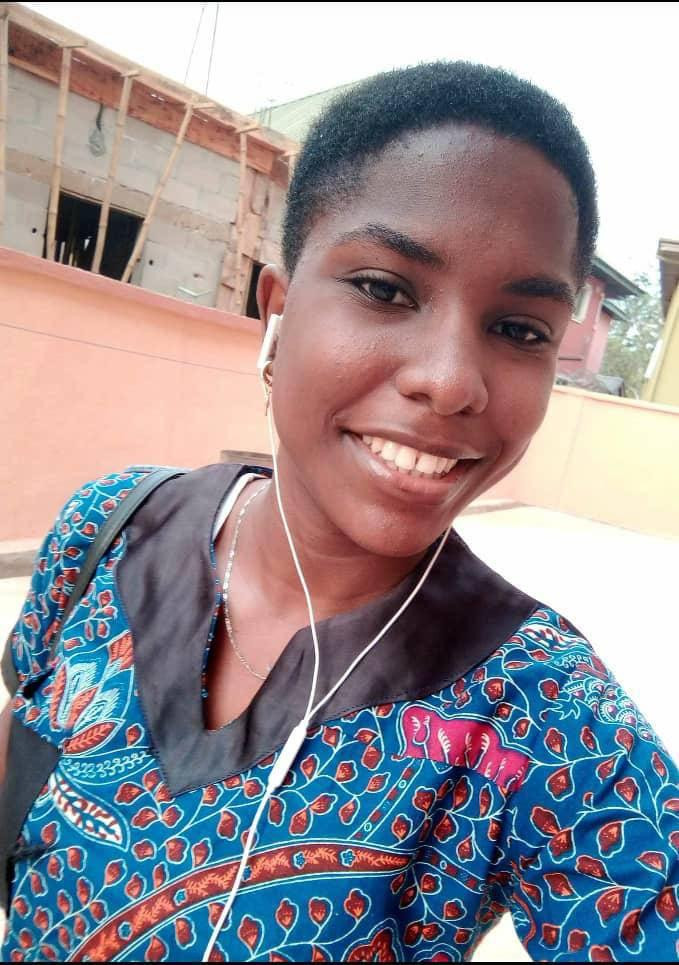 A student of the College of Health Sciences, Nnamdi Azikiwe University has reportedly died after she was hit by a stray bullet from unknown assailants.

Naija News learnt that the young lady identified as Chioma Mbionu was a 300 level Medical Rehabilitation student at the varsity.

Reports confirmed that Mbionu was struck by a stray bullet fired by gunmen during the attack on security facilities in Nnewi on Sunday, October 3.

A source alleged that she was rushed to the University Teaching Hospital Nnewi where she later died after she was not attended to as doctors are currently on strike.

Mbionu is said to have lost a lot of blood before approaching the hospital gate. There is only little information about the incident as at the time this report was given, Naija News reports.

See more photos of the deceased below even as her friend’s mourn her death: 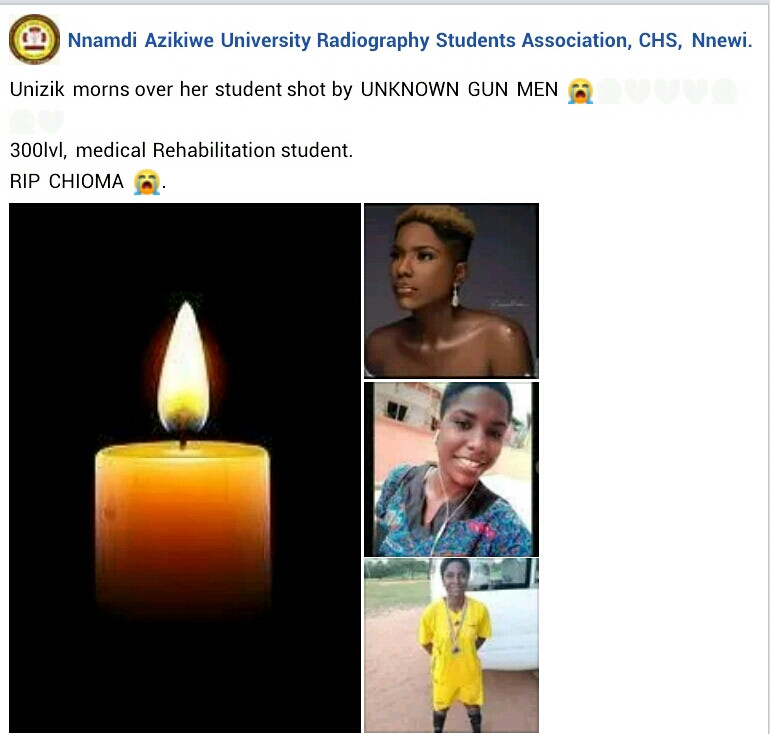 A source revealed to Sahara Reporters that the presenter died early on Sunday morning and that the son of the deceased, Kunle Olatunbosun Abe, had informed the management of the station of his father’s demise.

“Yes, he died in the early hours of today (Sunday); his son confirmed it. He had been in the hospital for weeks, treating an ailment,” the source added.